The Hong Kong Journalists Association (HKJA) has filed a police report after a false statement was issued under its name, criticising the owner of local pro-democracy newspaper Apple Daily.

The false statement circulated on Thursday morning as a text image on pro-Beijing Facebook pages such as Hong Kong Good News and Voice of Loving Hong Kong. It featured the HKJA’s official logo. 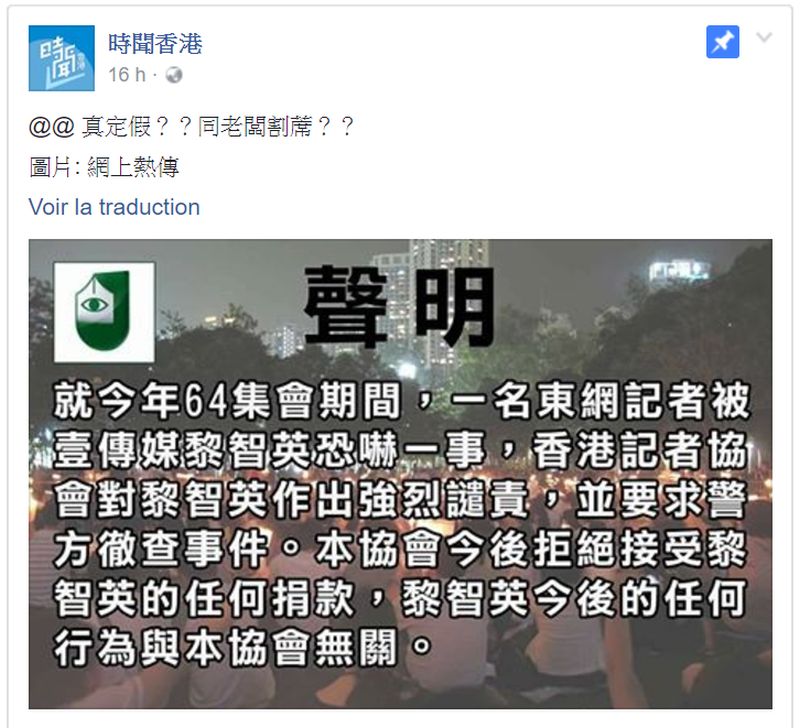 The false statement issued under the name of the Hong Kong Journalists’ Association, reposted by Hong Kong Good News.

According to the false statement, the HKJA would cut ties with and “refuse to accept donations” from Apple Daily owner Jimmy Lai, after he became involved in a dispute with a reporter from pro-Beijing newspaper Oriental Daily prior to the Tiananmen massacre vigil last Sunday.

Oriental Daily reported that Lai shouted profanities at its reporter during a prayer session before the vigil, and told him: “I’ll definitely mess with you.” Apple Daily called the incident a dispute.

The Oriental Daily reporter then filed a police report against Lai. The police told local media it is treating the incident as a case of suspected criminal intimidation. 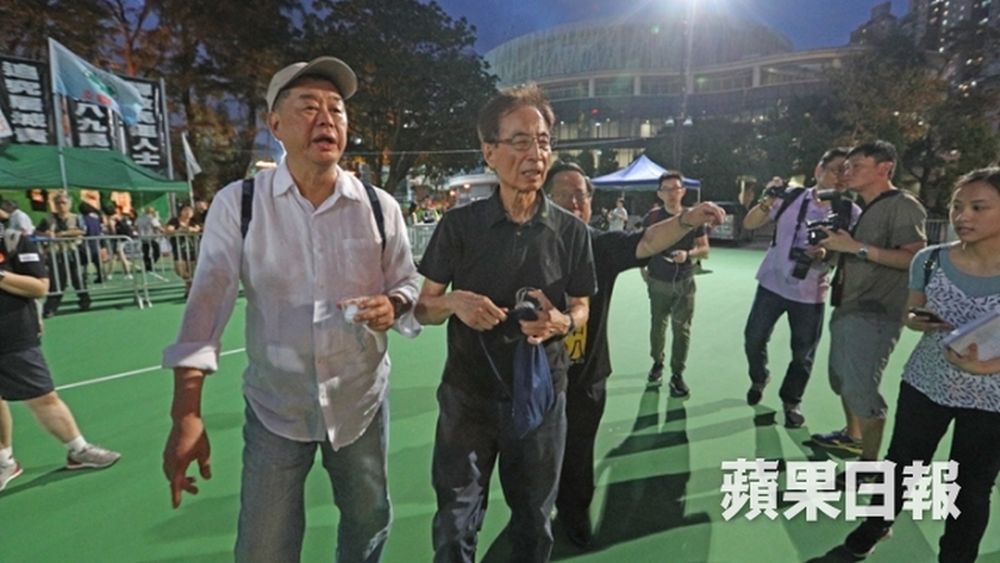 The false statement circulated as a number of pro-Beijing news pages such as HKGPao and Silent Majority began criticising the HKJA for not condemning Lai.

On Thursday afternoon, the HKJA announced on Facebook that it was not the author of the false statement.

“We strongly condemn the issuance of a false statement under the Association’s name,” it wrote. “We reserve the right to hold [those who wrote the statement] accountable.”

The HKJA added that it has asked the police to investigate the case of impersonation. 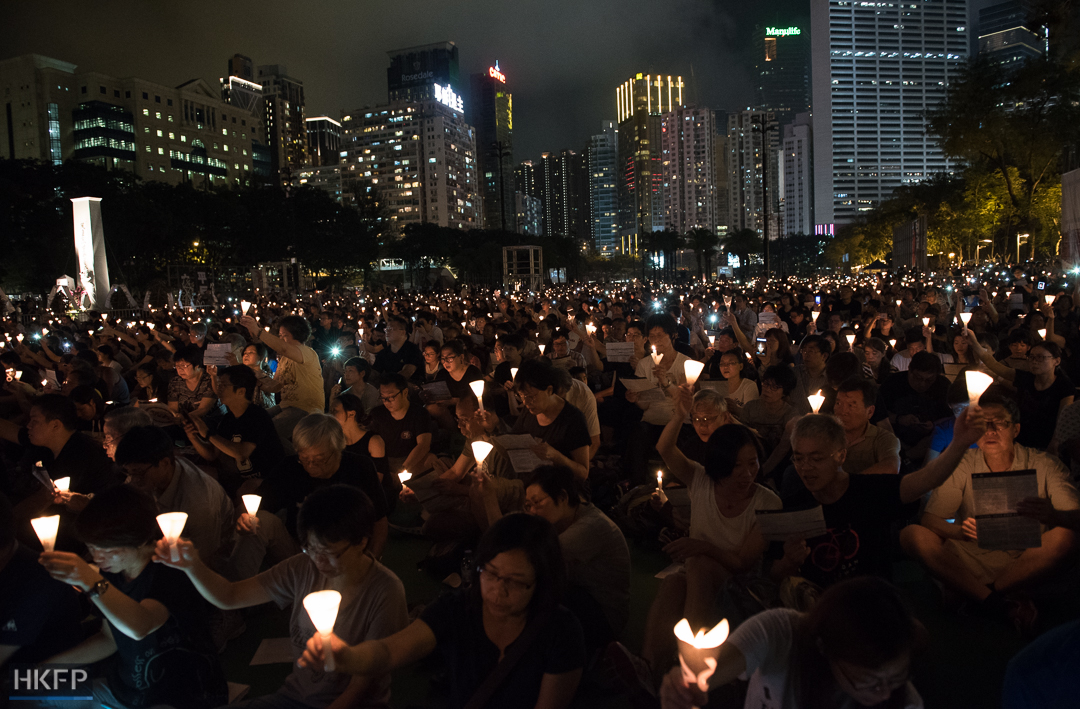 In the evening, the HKJA released an official statement regarding Lai’s dispute with the Oriental Daily reporter, after taking into account the false information circulating online.

“The Association emphasises that media workers have the freedom to report at public events,” it wrote. “Public figures should respect it.”

“If a reporter feels verbally intimidated by an interviewee, filing a police report is the most appropriate course of action.”