Pro-Beijing lawmaker Eunice Yung left Hongkongers scratching their heads this week over her answers, and hysterical laughter ,to questions from students promoting the upcoming session of the Hong Kong Model Legislative Council.

The annual student activity is organised by the Hong Kong Young Leaders Development Association, which put a series of trivia and icebreaker questions to lawmakers Yung and the Civic Party’s Tanya Chan last week. It also arranged shorter interviews with a dozen other legislators. 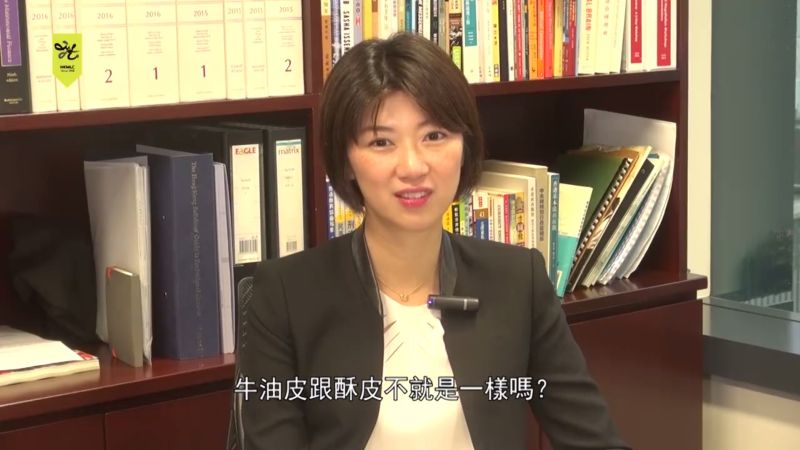 The interview with Yung, posted on Facebook, began with a question asking whether she preferred shortcrust or puff pastries on egg tarts – a popular Hong Kong snack.

“Aren’t shortcrust and puff pastries the same thing?” she replied, before bursting into hysterical laughter as the student interviewer explained the differences. 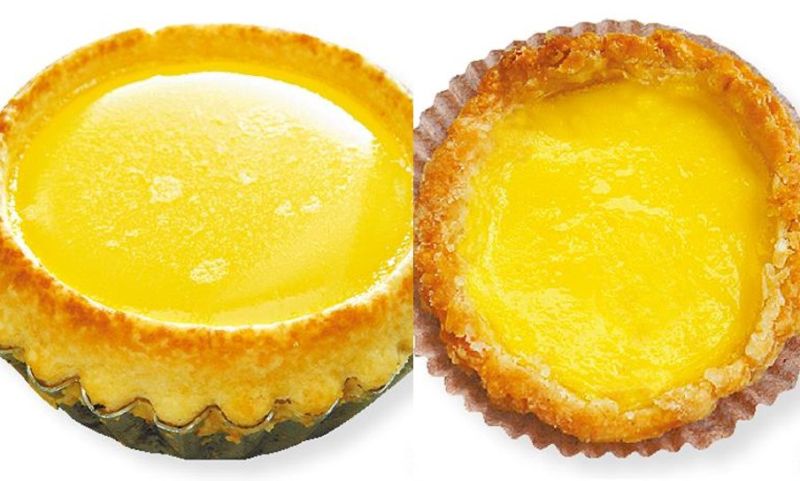 Next Journey – the tourism promotion arm of Next Media Group – ridiculed her in a Facebook comment: “Dear Legislator Yung: Maybe you are used to going to high-class restaurants and busy with meetings, and do not have time to visit local shops. It’s not surprising you don’t know the difference between types of egg tarts.”

In response to the same question, pro-democracy lawmaker Tanya Chan replied that she preferred puff pastries. 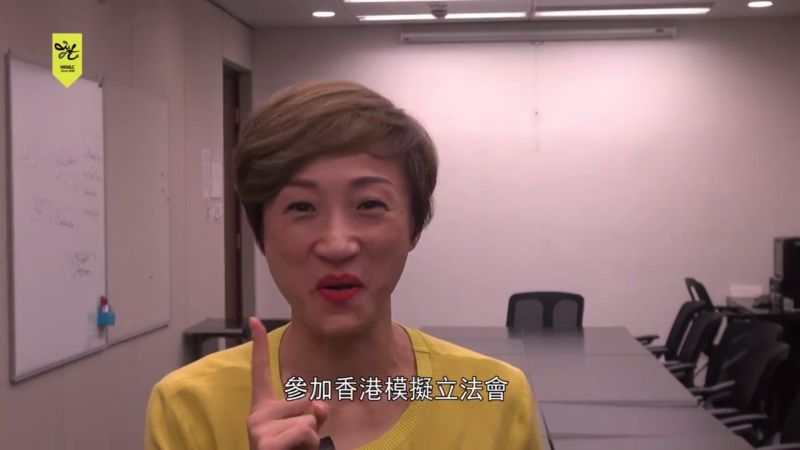 Yung went on to say that she would spend the last day on earth with fellow New People’s Party legislator Regina Ip. She said she would also choose Ip among all 68 incumbent legislators as a holiday travel buddy.

Chan’s fellow Civic Party member Alvin Yeung was asked an IQ test question: “If your son is my son’s dad, then who am I?”

“…Should I resign and not be a legislator anymore?” replied Yeung as he struggled to figure out the answer. 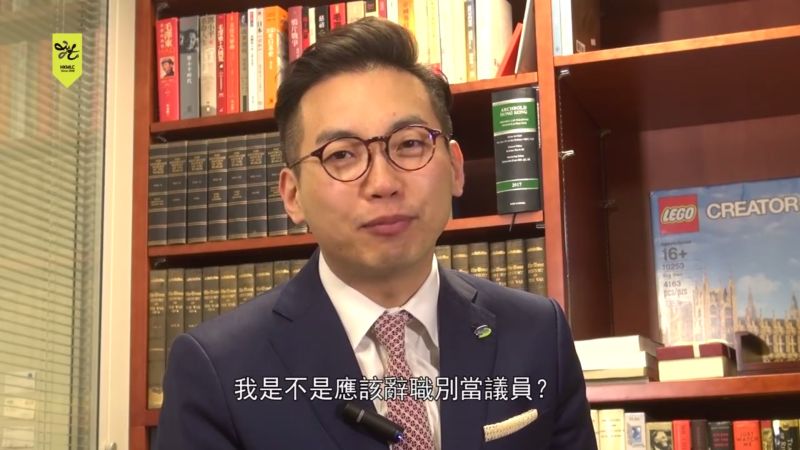 “Should I resign and not be a legislator anymore?” asks Alvin Yeung. Photo: Model Legislative Council screenshot via Facebook.

The Democratic Party’s Wu Chi-wai took his interview question about a doctor in cartoon series Doraemon a little seriously: “I don’t know anything about these IQ test questions, and I’ve never wanted to be a doctor in my life.”

“But I feel that the work I’m doing right now is similar to making diagnoses for the entire society.”

Do you like puff in your pastries? Lawmaker Eunice Yung's trivia answers raise eyebrows