A Hong Kong newsmaker is chosen each month by HKFP. Click here to view previous nominees. Hui Chung-wo, founder of Kwun Tong industrial building live house Hidden Agenda, is selected as our Person of the Month for May 2017. 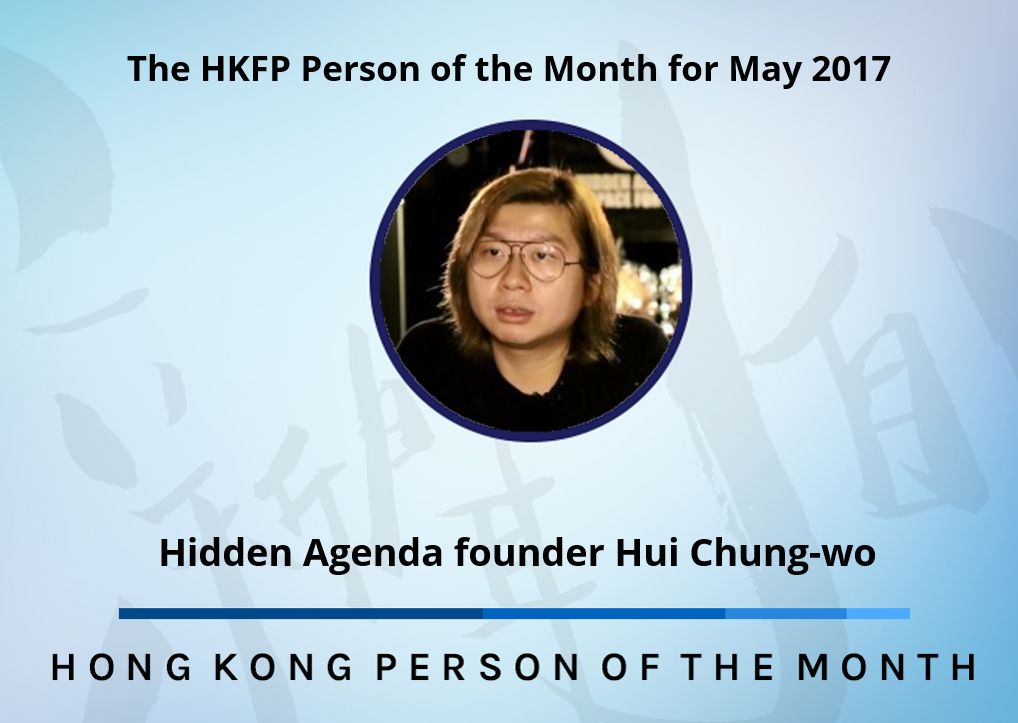 See also: Anatomy of a Subculture Part II: ‘Factory culture’ and the survival of indie music in Hong Kong

The venue moved to its fourth location late last year after being continually accused of land lease violations, as it has always been based in industrial buildings.

Hui and many other arts and culture workers in Hong Kong claim that sky-high rents elsewhere prevent them from moving from former factories to more conventional sites. Earlier this month, Hui was arrested along with four overseas musicians in a high-profile raid on Hidden Agenda, which saw them charged for immigration offences.

The Immigration Department said that British and US groups TTNG and Mylets were performing without a work visa, but lawmakers claim that the department recently tightened its policies to refuse visas to visitors working in industrial buildings.

Since the raid, a host of other overseas bands touring Asia have cancelled scheduled performances at the iconic venue. On Thursday, pro-democracy politicians accompanied Hui and dance director Ma Choi-wo – a fellow industrial building user – in a press conference criticising the government’s policies on industrial buildings. They explained that they have adequate facilities in areas such as fire safety.

Officials as senior as Chief Executive Leung Chun-ying, however, have defended the policies, claiming that the government has successfully converted many industrial buildings for commercial use during his tenure.

HKFP Person of the Month, May 2017: Hui Chung-wo, founder of Hidden Agenda livehouse