A pop-up streetside branch of Coffee Academics was engulfed in flames on Thursday morning. No injuries were reported.

The fire took place at The ONE shopping mall in Tsim Sha Tsui at around 9:45am. Local media reported that the fire first started in the kitchen of the cafe. Firefighters responded and had put out the blaze by around 10am.

Video footage taken by a bystander shows black smoke billowing out of a streetside cafe, while a team of firefighters attempted to extinguish the fire.

A nearby resident surnamed Cheung told Apple Daily that she heard three loud explosions at the time. “I never thought of the possibilities of an explosion in the area. The cafe had been operating there for a while,” she said.

Cheung added that many people gathered to watch the fire. “I think most of them were tourists. They didn’t seem afraid and stood very close to the scene,” she said. 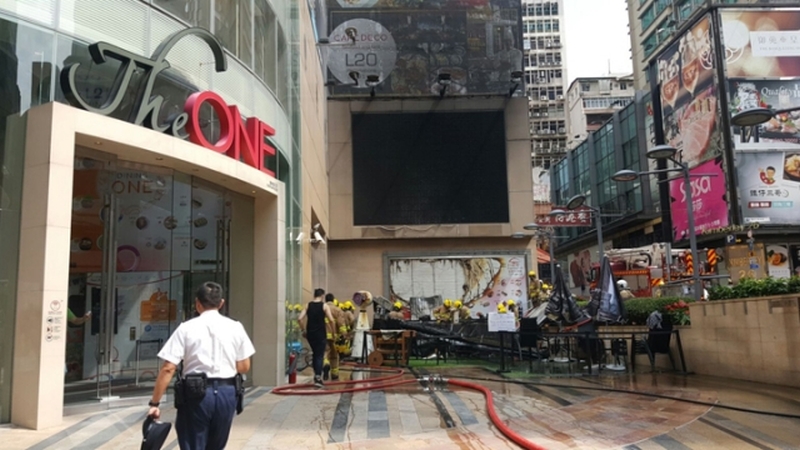 The popup cafe was scheduled to close on June 30, according to Coffee Academics website.

The 23-storey The ONE is the tallest retail complex in Hong Kong and hosts more than 140 shops. It was developed by Chinese Estates Holdings and opened in 2010.

Carnarvon Road was temporarily closed owing to the fire. The Fire Services Department is investigating the cause of the incident.