Supporters of democracy movements in mainland China flew kites at Sai Kung on Sunday to commemorate the 1989 Tiananmen Square Massacre.

The annual activity was inspired by Beijing’s student protesters, who flew kites in May 1989 to obstruct military helicopters that were conducting surveillance from above. The Hong Kong Alliance in Support of Patriotic Democratic Movements in China has been flying kites at the Clear Water Bay Country Park since 1993.

Alliance vice chairman Richard Tsoi criticised the crackdown on dissidents and human rights activists in the mainland under Chinese President Xi Jinping. He lamented that the relatives of those who died in the military crackdown 28 years ago are now growing old, and may not see justice in their lifetimes.

Tsoi led two dozen participants in calls to “vindicate June 4” and “end one-party rule” before launching the kites into the air.

In recent years, the Alliance has faced criticism over becoming irrelevant, given that increasing numbers of young people are identifying as Hongkongers, and not Chinese. The student unions of most of the city’s universities have informed the Alliance that they will not attend the June 4 candlelight vigil at Victoria Park this year. 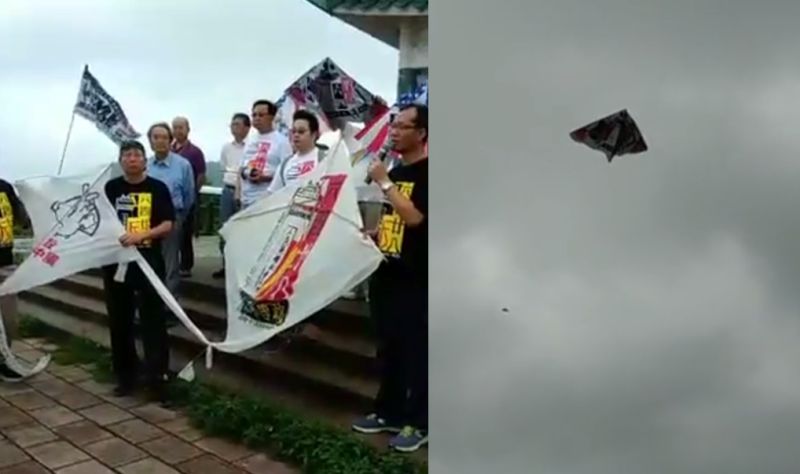 The Alliance has attempted to respond to criticism through the theme of its temporary June 4 museum at Shek Kip Mei’s Jockey Club Creative Arts Centre: “What has ‘June 4th’ to do with me?”

The exhibition is allowing visitors to play the roles of student protesters in Beijing in 1989, making decisions that would lead to various consequences during the demonstrations, reported HK01.