There are an estimated 300 or so active street performers in Hong Kong. Most of them can be found in some of the city’s most crowded areas such as Tsim Sha Tsui, Mongkok and Causeway Bay, as well as newer performance areas such as the West Kowloon Cultural District.

Every Friday night, a group of buskers perform outside Times Square in Causeway Bay. The regular gigs were initiated by a 27-year-old musician JL, who set up the platform, which he calls “City Echo”. JL has been performing on the streets for more than four years, and in this time he’s had to put up with constant hassles.

According to JL, one of the biggest problems buskers face is being treated like beggars on the street. He believes one way to overcome this is for there to be a well-structured licensing scheme which would recognize street performers and give them an identity. 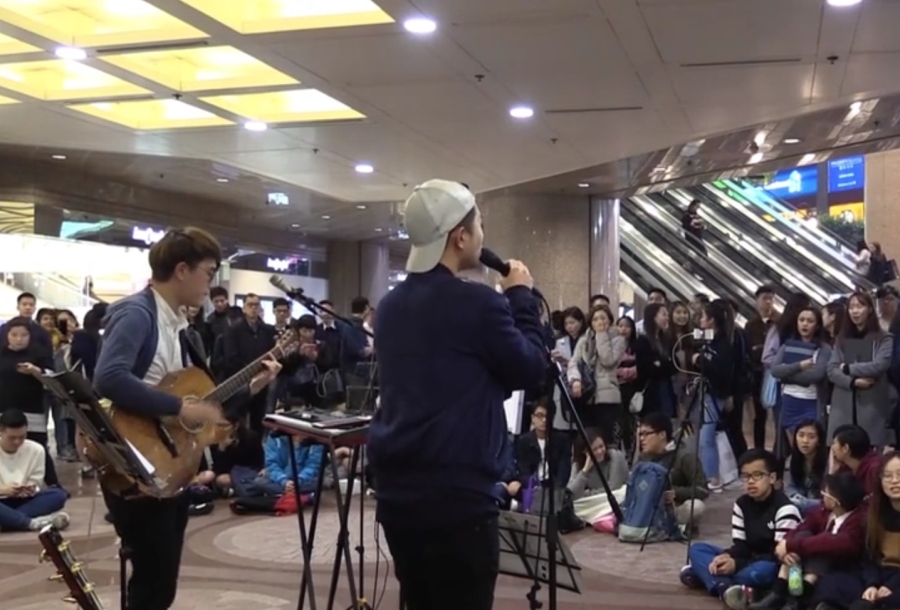 In the absence of an official regulatory system covering the whole of Hong Kong, the Open Stage Scheme and West Kowloon Street Performance Scheme are the closest mechanisms Hong Kong have to a licensing system.

Open Stage was launched by the Leisure and Cultural Services Department (LCSD) in 2011, and is an outdoor performance scheme for qualified performers to showcase their talents. According to the official literature, the scheme was launched to enable “appreciation of the arts by members of the public,” and to enrich “the cultural ambience to the community.”

Under the scheme, applicants have to pass auditions, in which they are assessed on the content, artistic level and safety of their performances. The assessment panel includes a member of the cultural sector, a district councillor and a representative of the LCSD. There were originally three approved outdoor performance spaces, all piazzas of performing arts venues run by the LCSD – outside the Hong Kong Cultural Centre, Sha Tin Town Hall and Kwai Tsing Theatre. However, Shatin Town Hall is now the only spot left because the other two sites were under-used.

Permits have been issued to 54 acts so far, including 62-year-old singer Simon Mong. Mong appreciates the Open Stage Scheme and supports the idea of having a licensing system in order to weed out acts of poor quality.

The West Kowloon Street Performance Scheme is a newer programme, launched two years ago to promote the appreciation of street performance and encourage street performers to make use of public space. Applicants also have to pass auditions before getting a permit to perform in the open spaces of the West Kowloon Cultural Centre. There is no rundown and approved acts can perform from 10am to 10pm every day. But they are restricted to eleven designated sites which are mainly along the waterfront promenade. 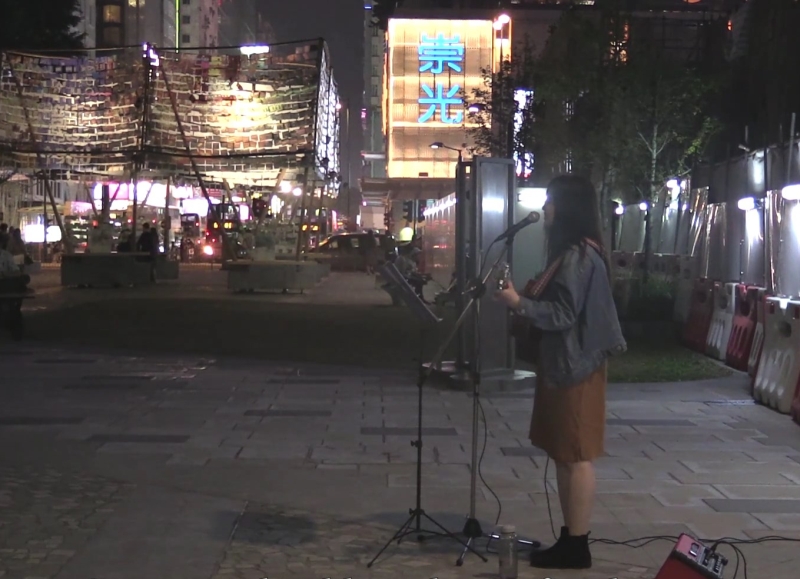 Not everyone agrees that buskers should be regulated through official policies. Mandy Cheng Hiu-tung, Project Manager of a busking policy research study called “Our ‘Play’ground”, thinks buskers should regulate themselves instead. Cheng says buskers could coordinate among themselves to prevent problems such as noise or the occupation of public space. She thinks street performance should be natural and that any third party intervention should be avoided.

Lyson Sze, a 29 year-old freestyle football player has been a street performer for five years and demonstrates how self-regulation can actually work. He performs in Tsim Sha Tsui every Friday night with around four other acts and they all share a spot. Each one performs for 20 minutes on rotation. Sze says the arrangement has become spontaneous and says it is similar to the Open Stage scheme. Except in this case, performers are regulating themselves. 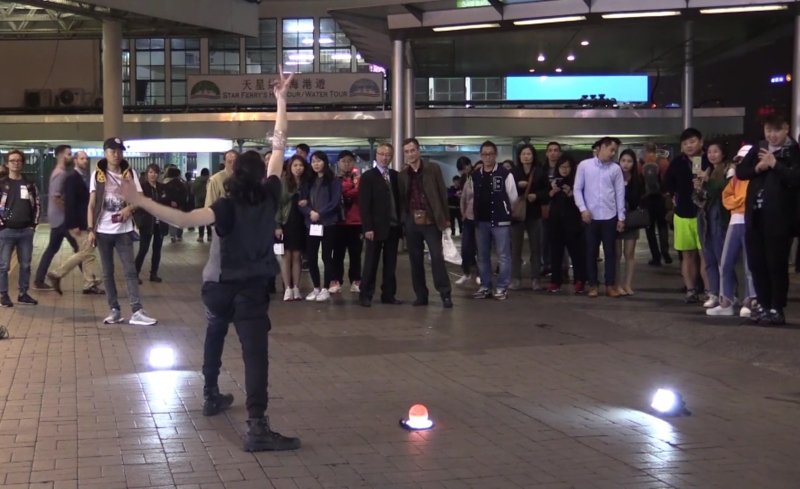 When the Open Stage scheme was launched six years ago, there were hopes it could encourage Hong Kong’s street performance culture and help it develop in a somewhat orderly manner. Six years later, we seem no nearer to a consensus on whether more or less regulation is needed.

Video: Should buskers be licensed and regulated? The struggle of Hong Kong street performers