A Chinese star has apologised after wearing a dress featuring the national flag at France’s Cannes Film Festival on Wednesday, calling the move a way “to support One Belt, One Road.”

“Why is the national flag appearing at the Cannes Film Festival! She’s disgraced herself overseas,” wrote one Weibo user.

Many suspected that she had violated the Law of the People’s Republic of China on the National Flag. “Article 18 clearly says that the national flag and the design thereof shall not be used as a trademark or for advertising purposes, and shall not be used in private funeral activities,” wrote another Weibo user.

‘One Belt, One Road’

The following day, Xu apologised on Weibo, explaining the dress as a way of supporting President Xi Jinping’s prominent economic initiative to link China to Central Asia and Europe.

“The dress was my own creation, I designed it in order to support China’s One Belt, One Road and ‘going global’ [strategy],” she wrote.

“I hope to represent Chinese anchors on the red carpet. I hope to show the world China’s beauty, as well as the confidence, sunshine and patriotism of a Chinese internet personality – this is something to be proud of.” 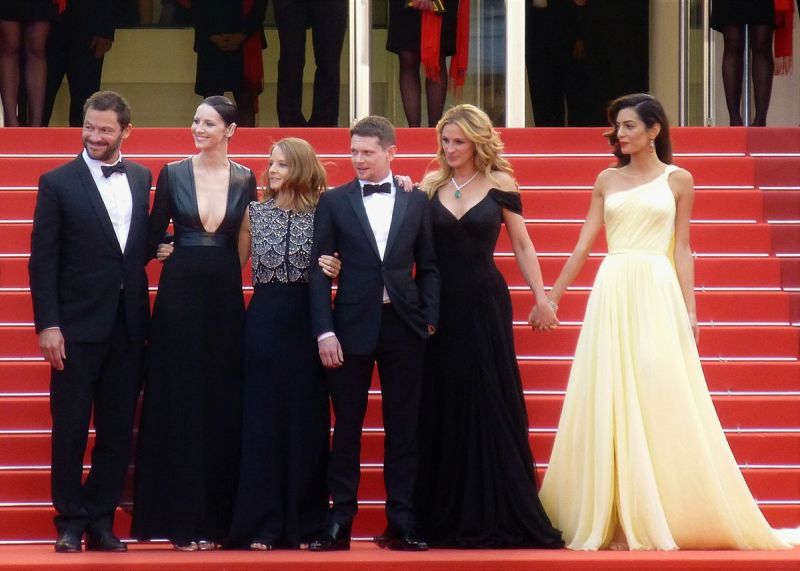 She later posted photographs of herself wearing the flag-based dress on Weibo, commenting: “I come from China. I love China.”

The Beijing News reported that Chinese internet users have been quick to attack unintentional offensive acts towards the national flag. In April, professional ice skater Li Zijun faced strong criticism after she was photographed sitting on the flag while sitting among the audience during a competition in Tokyo.

'To support One Belt, One Road': Chinese star apologises for wearing flag-dress at Cannes