A 17-year-old student from Guangdong has been arrested after allegedly organising a chat room group that disseminated messages on the “Blue Whale” suicide game.

According to US-backed Radio Free Europe, the Blue Whale Challenge is a “game” where teenage participants are ordered to perform one task every day – usually involving self-harm – ending with their suicides after 50 days. It reportedly originated on Russian social media networks, but there have been reports of the trend emerging around the world. 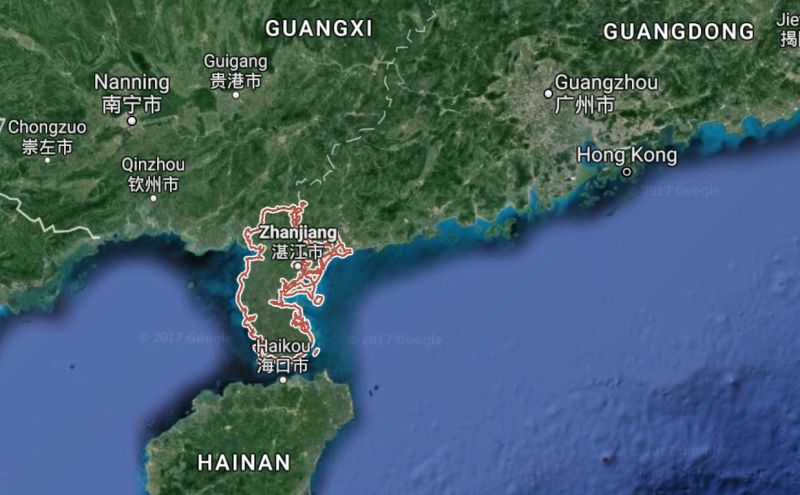 The Beijing News reported that a teenage surnamed Xu, the founder of a chat group for buying and selling software and clothes, was detained for posts he made on WeChat related to the game on Friday.

The high school student told Zhanjiang police that he was invited into a chat group named “Blue Whale suicide game” on May 9. He said he left the group after viewing materials related to the trend for around 10 minutes.

The police said he then initially posted two messages related to the Blue Whale Challenge into his own group in order to attract a larger audience. The group soon expanded from 300 to 500 members.

Xu admitted to posting photographs of self-mutilation that he downloaded from the internet into the group, said the police. “Congratulations to 11 members of the group for completing a mission from the Blue Whale Challenge,” police said he wrote.

In the early hours of May 12, Xu was detained on suspicion of “spreading extremism.” The Zhanjiang police confirmed his detention on its WeChat public account on Tuesday. It is unclear whether any cases of self-harm or suicide in China or Hong Kong have been linked to the Blue Whale Challenge.

On Saturday, however, an anonymous writer on local student Facebook community Schools Secrets claimed that three friends were spotted with arm injuries a few days after they wrote the same cryptic Facebook posts: “#imawhale.”