After trying cosmetic creams and surgery, Wang Jing placed her hopes in the skilled hands of a tattoo artist to make the scar on her belly finally disappear.

“Whenever you try to reach for something your belly is exposed. It’s not nice looking,” Wang, 46, said of the scar from the caesarean birth of her daughter two decades ago, soon to be covered by a kitten tattoo. 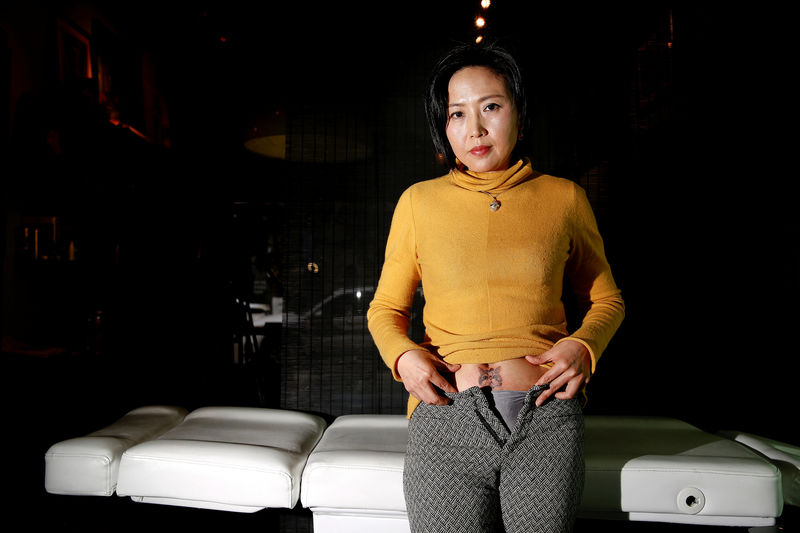 China has one of the highest C-section rates in the world, reaching a peak between 2004 and 2008 when nearly half of the country’s babies were born using the procedure, the World Health Organisation said in 2010.

This has created a niche market for creams, makeup and plastic surgery to hide the four to six inch scars left by the procedure. 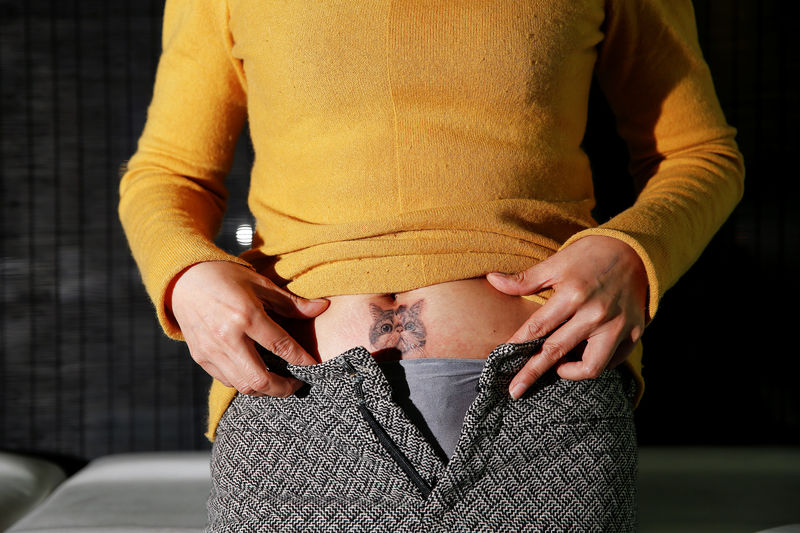 Some women spend up to 300 yuan ($43.44) for a 30 ml tube of silicone gel that promises to make their scars go away. Others opt for laser surgery costing 2,000 yuan for each centimetre of scar treated.

Tattoo artist Shi Hailei said he offers an alternative to mothers unhappy with the results from gels and tummy tucks. 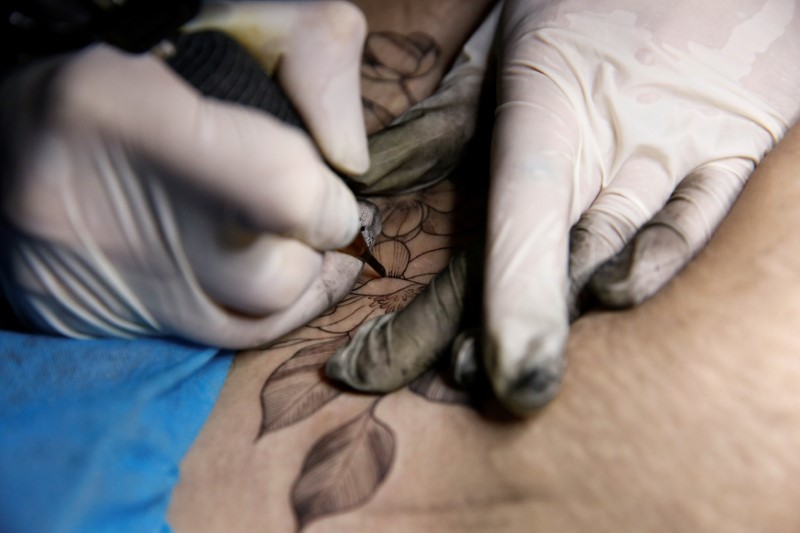 “A tattoo makes a woman more confident. She will no longer feel ashamed to show her abdomen,” said Shi, the 32-year-old owner of Samurai Tattoo in Shanghai.

Shi said he was inspired by Brazilian tattoo artist Flavia Carvalho, who offers tattoos to women physically scarred by domestic violence. He thought tattoos could help improve the self-esteem of Chinese mothers unhappy with their scars. 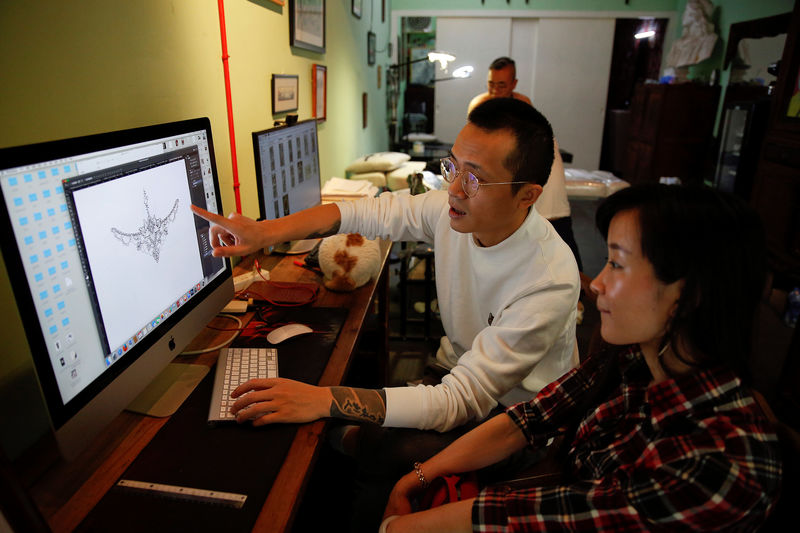 Shi performed his first free C-section tattoo in 2015. His shop now helps up to six women per month and sometimes there is a waiting list due to high demand.

Health experts cite several reasons for China’s widespread use of the procedure. 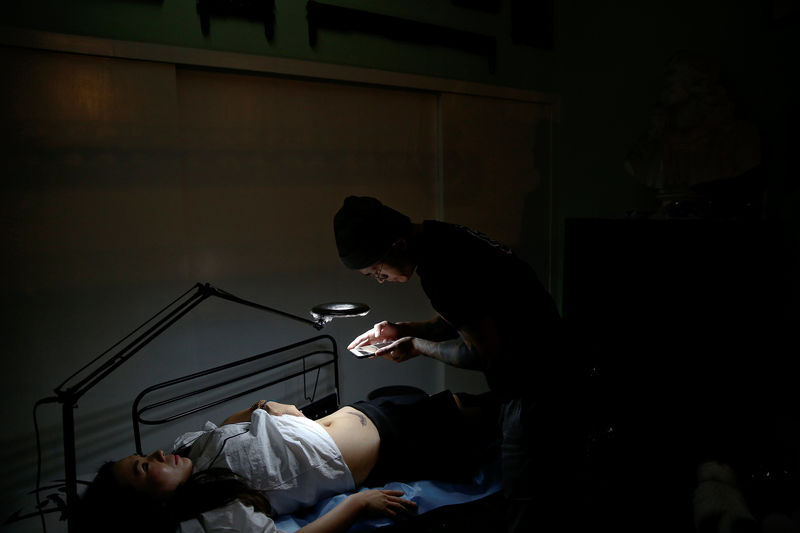 The decades old one-child policy also led couples to choose a caesarean delivery to avoid complications that could arise from natural child birth. Finally, women are choosing a caesarean birth if they are worried about a prolonged labour, doctors say. 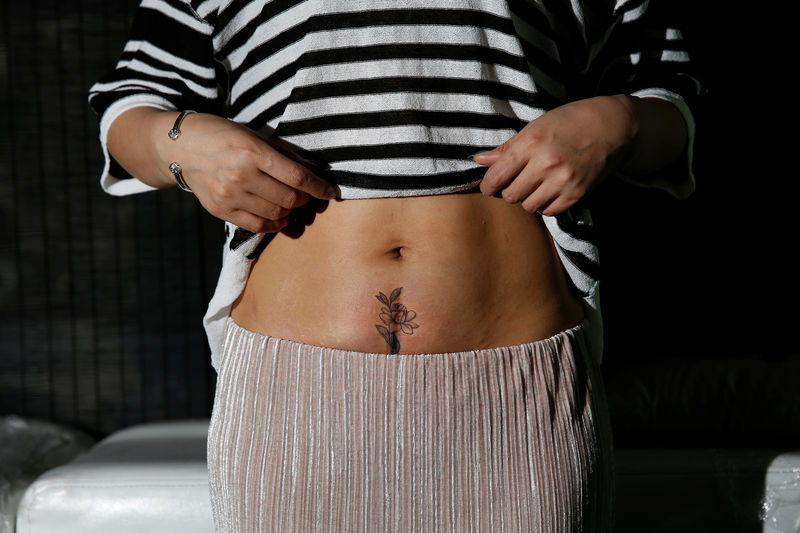 Covering a belly scar can be a challenge because the skin is softer than other parts of the body. Each scar is unique and requires careful thought about the tattoo design.

“It could be vertical or horizontal. It will affect the composition,” Shi said. 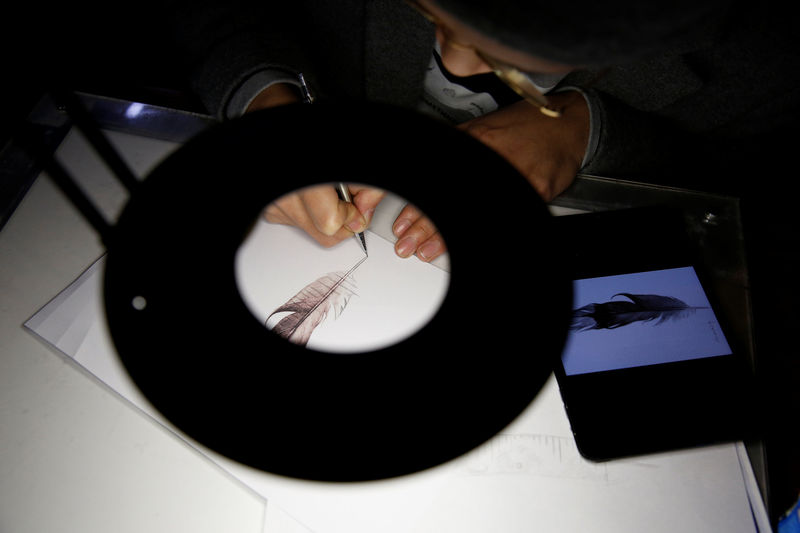 The women who have sought Shi’s help say they are very happy with their new appearance.

Grace Yuan, a dance teacher with a three-year-old daughter, had been embarrassed about her scar. 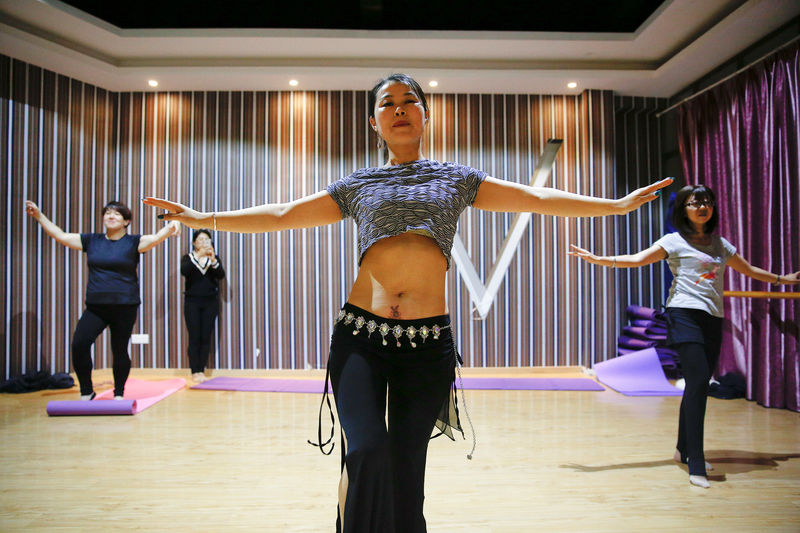 “I felt awkward to see my scar when wearing a low-waist dancing dress,” said Yuan, who got a rose tattoo in April. “I can dance freely on the stage now without worries or awkwardness.”

Wang Ruoyu, 37, said her self-esteem received a boost from the winged crown tattoo that covers the scar on her lower abdomen. 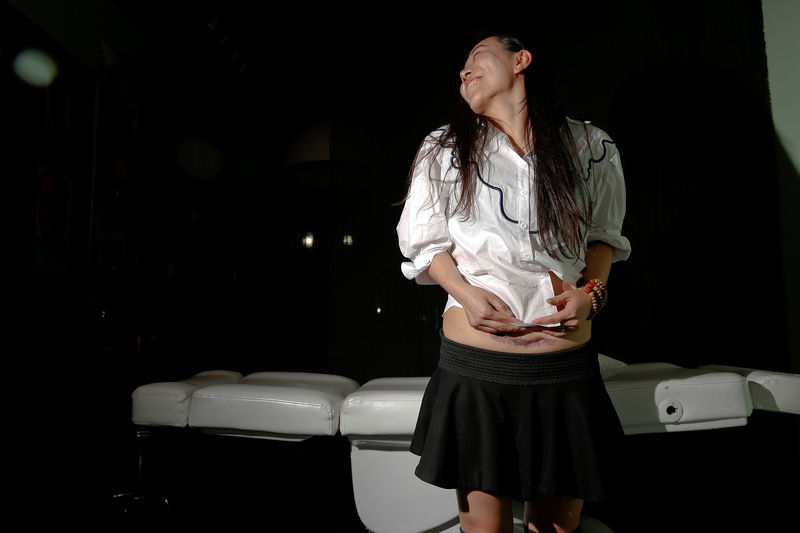 “All girls want to be pretty and so do I,” she said.