The Environmental Protection Department attributed the concentration of pollution to an airstream from the industrialised Pearl River Delta and light winds hindering the dispersion of pollutants. 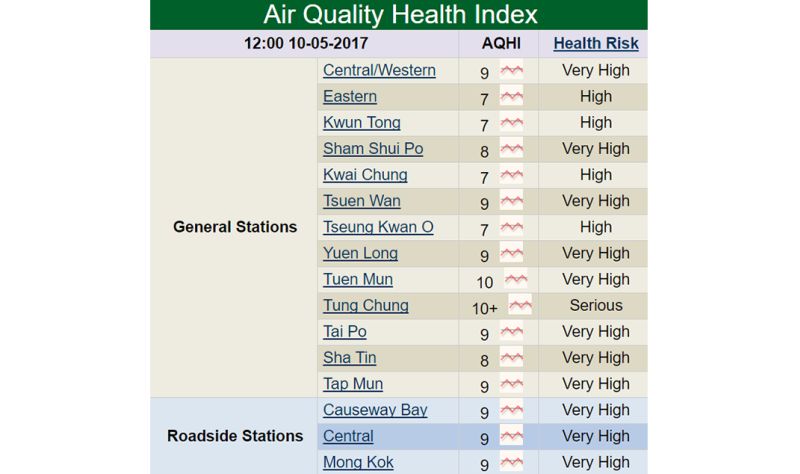 The department also cited the hot, sunny weather as a factor. “The sunshine enhances photochemical smog activity and the formation of ozone and fine particulates during the daytime, resulting in high pollution in the region,” it said.

According to the AQICN monitoring group, the air quality index – a more commonly-used measure around the world – exceeded 200 in Tung Chung and Tsuen Wan at noon. 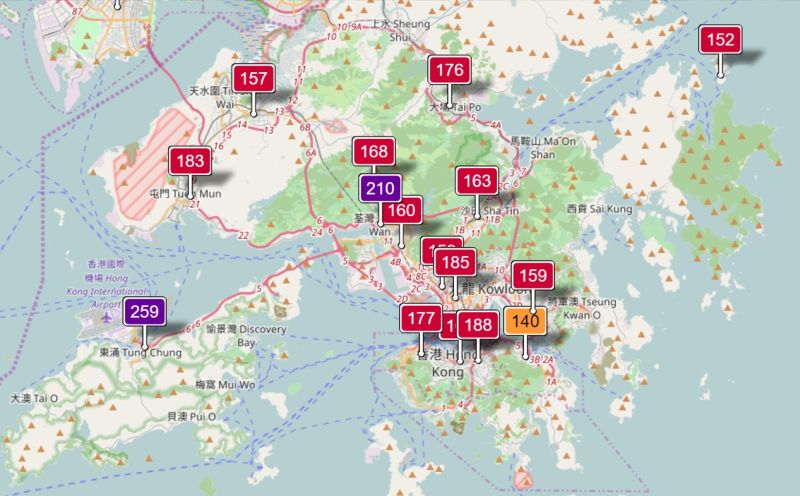 This means that the entire population could suffer health effects from the pollution – as opposed to it only affecting sensitive groups.

At noon on Wednesday, pollution levels in Hong Kong were higher than in central Beijing, where air quality was “moderate.” 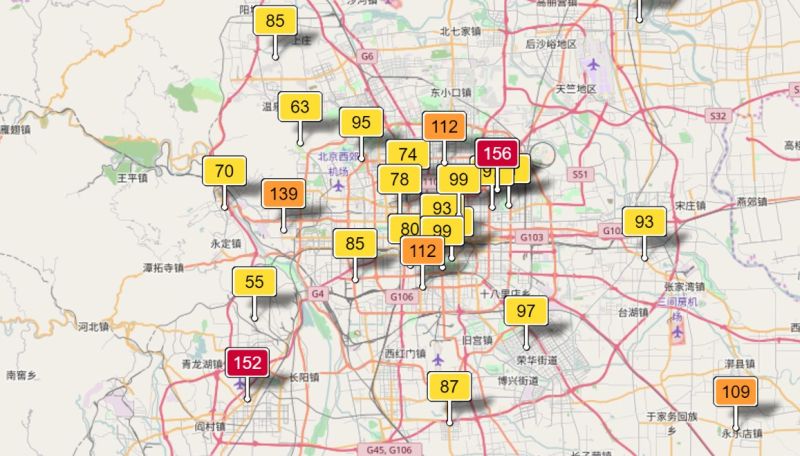 Pollution levels in Beijing as of Wednesday noon. Photo: AQICN.

While it will remain hot with light winds on Thursday and Friday, the Hong Kong Observatory says that showers are to be expected over the weekend. The rain is predicted to intensify early next week, and temperatures are expected to drop to a minimum of 22 degrees next Monday and Tuesday.