Police have arrested a suspect after a woman was raped and robbed in Kowloon Bay early Sunday morning.

The 48-year-old man surnamed Lam was taken away by officers at a Sau Mau Ping housing estate around 5am on Wednesday. Police then searched his residence for evidence. Police said the suspect was unemployed. Apple Daily reported that he had a long criminal history of robbery and burglary.

Around 12:30am on Sunday morning, the perpetrator robbed the 22-year-old victim of her smartphone on a footbridge near the Kowloon Bay MTR station, senior inspector Lai Wai-chun told reporters.

After she chased him to the bottom of the bridge, he emerged from hiding, dragged her inside a fenced area and raped her. Apple Daily reported that he threatened her with a knife and tied her wrists together as he committed the act.

The victim was released around 5am. She also lost two bank cards and her identity card.

Officers found a water bottle at the scene of the crime. 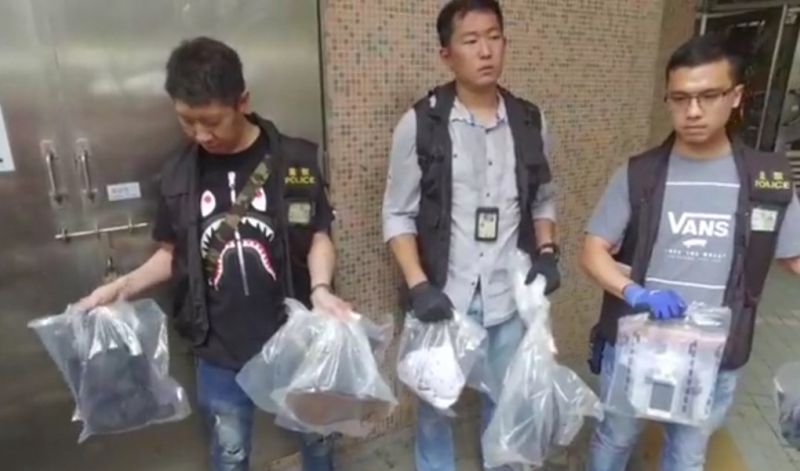 Lai said the police identified a target suspect after viewing CCTV footage and conducting questioning. They took clothes, shoes and mobile phones from his home for further investigation.

Asked why the seized clothing was wet, Lai said it was possible that the suspect tried to wash away the evidence.

“At this point in the investigation, we believe that he did not have any accomplices, and acted on his own,” he added.