The West Kowloon Cultural District Authority Board has given the green light to the controversial Hong Kong Palace Museum after receiving a public consultation report on the project.

“This project will be one of the most important steps to take to fulfil our vision of facilitating and enhancing cultural exchange and cooperation between Hong Kong, the Mainland and the world,” Chief Secretary Matthew Cheung, who chairs the Board, said on Tuesday. He said the Board unanimously endorsed the report on the public consultation exercise, which “clearly demonstrates strong public support” for the HK$3.5 billion museum project.

The West Kowloon Cultural District Authority will prepare a collaborative agreement with Beijing’s Palace Museum to be submitted to the Board at a later date.

The Authority said it conducted street interviews with 1,805 people across the city between February 28 and March 7. The poll found support for the project from around 52 per cent of the respondents, with around 14.7 per cent opposing it.

It also received 1,528 valid questionnaires during an eight-week consultation period between January and March, with 41.2 per cent of the respondents showing support for the project and 34.9 per cent objecting to it.

It added that it received 58 written submissions from 123 bodies or individuals. Of the submissions, 71.5 per cent was supportive of the project and 23.6 per cent was not. 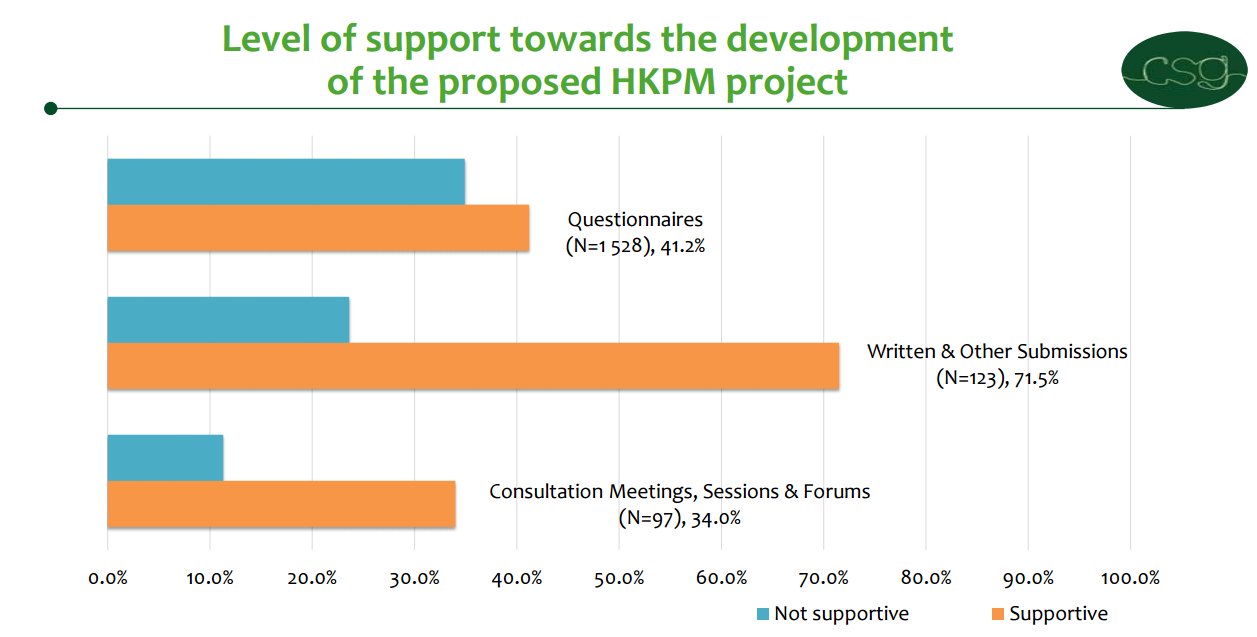 Critics questioned the representativeness of the report. Calling the public consultation “fake,” pro-democracy lawmaker and barrister Tanya Chan said it was only conducted after then-chief secretary Carrie Lam signed a memorandum of understanding with Beijing’s Palace Museum last December.

“The consultation exercise never included shelving the proposal as an option,” she added. “It is reasonable to believe that the Authority did not originally intend to conduct public consultation, and only changed its position to avoid court challenges.”

She urged the Authority to suspend the project and restart a “public consultation exercise without presumptions.” In January, a group of activists filed a judicial review alleging that the Authority violated the West Kowloon Cultural District Authority Ordinance, which requires public consultation to be held on the development or operation of its facilities.

The activists told HKFP that it has yet to receive a reply from the court.

In response, the Authority’s CEO Duncan Pescod said Tuesday that while the consultation report may be challenged in court, he believed the consultation process met legal requirements and would be accepted by the court.