A drone video showing a driver trying to manoeuvre on a bridge at Tai Tam Reservoir has prompted disbelief from viewers.

The video, uploaded by Ricky Wong, captured the Tesla Model X driver attempting to squeeze between a double decker bus and a wall on the notoriously narrow dam road. A long line of cars was seen behind the bus as they waited for the Tesla driver to pass through.

A motorist was seen speeding past the embattled driver, who was struggling to align their Tesla in a straight line with the bus.

An online commenter said teasingly: “It is wrong to jump the queue. Did the motorist consider the feelings of the driver?”

Eventually, two drivers came to the rescue by guiding the Tesla driver through. They were able to help the vehicle safely get past the double decker soon after. Many online commenters expressed disbelief with the driving skills on display. Some questioned how the driver earned a driver’s license, saying that they should not have braved the infamous roadway if they were inexperienced.

“Maybe the driver thought he could rely on technology and didn’t need good driving skills,” one wrote.

Meanwhile, someone reposted a picture of a taxi driver attempting to make a u-turn on the Tai Tam bridge. The incident took place last October and the photo went viral after being uploaded to a Facebook group. 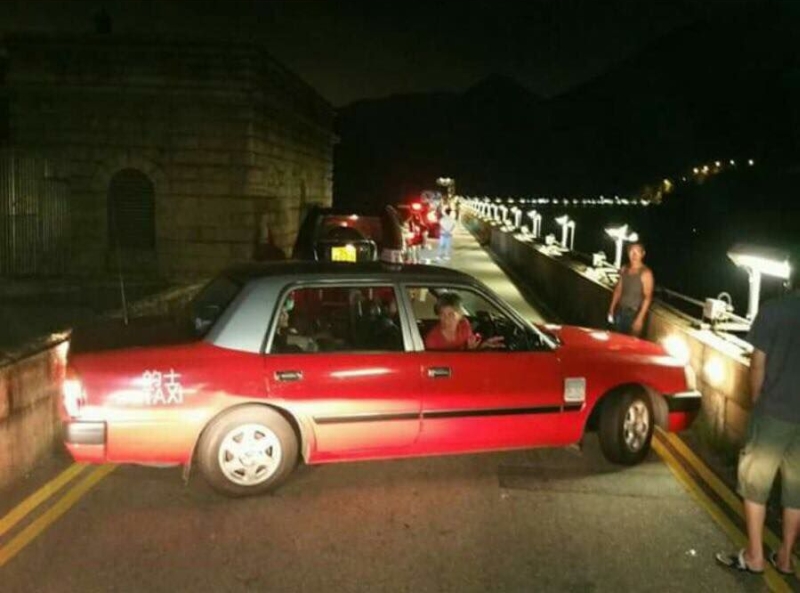 However, it is unclear if the driver ever became unstuck and completed the u-turn, as the witness did not update the post.