It is nice to see local academics probing important social topics, so I found an unexpected gem in the latest issue of “Horizons”.

Horizons is one of those occasional magazines which our universities put out for the entertainment of staff, parents and anyone who might be persuaded to buy a new building for them. Horizons is the Baptist U version and the cover story in the latest version is an interview with Dr Odalia Wong (I did not make up this name), whose current contribution to sociological inquiry is a probe into the implications of tiny flats. 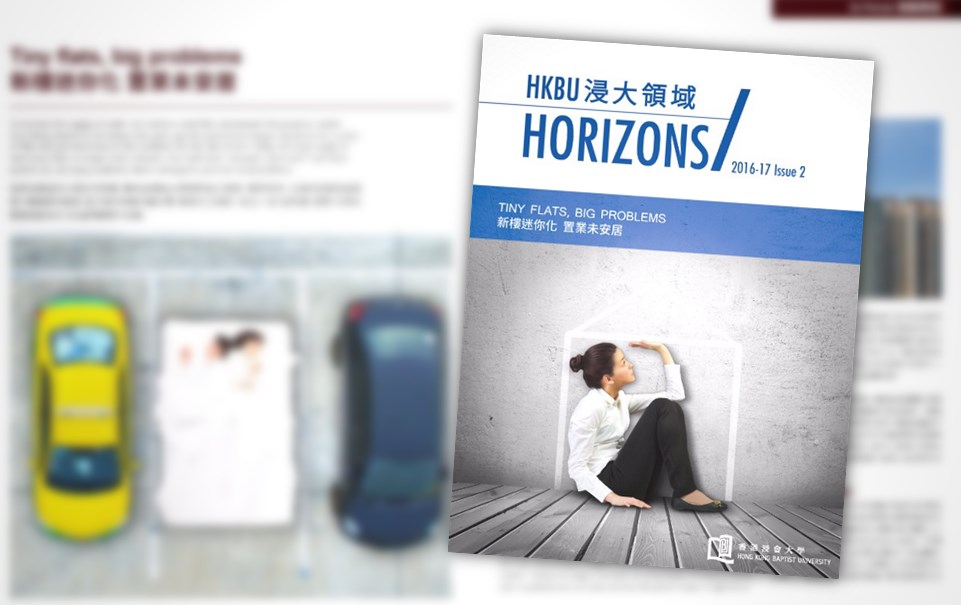 Dr Wong is concerned by stories about miniflats in which you can have a bed or a table, but not both, and the toilet is so small that you have to sit with your feet out the door.

I can claim some relevant experience here because a few years ago I stayed in a hotel in Singapore. This place was cheap, and had a lot to be cheap about. When you came in you passed the toilet door on your right, and then collided with the bed. And that was it. The bathroom was so small that all the facilities overlapped. If you were in a hurry you could have a shit, a shower and a shave simultaneously.

This was all right for a night or two, but in Hong Kong people will seriously offer you something similar as the home of your dreams, with a price tag of two or three million bucks.

Dr Wong, being a sociologist, has a statistical take on the situation as well as the anecdotal one. It is forecast that the annual number of new units built in the next few years will be 18,000, about 60 per cent more than we managed over the last decade or so. But the total square footage will be the same, and according to some predictions will actually shrink. So the average flat size has dropped by more than half and is continuing in the same direction.

Dr Wong blames the steady shrinkage of the Hong Kong flat for the disturbing delay in most people’s marriage plans. The median age of first wedding for males is 31, and for females 29. Having tied the knot the happy couple will then wish to think twice about reproduction, because a microflat which would be crowded with two people will certainly not be a success for three.

Indeed inhabitants of very small flats may actually be worse off than they would be in public housing. At this point Horizon offers a cherishable quote: ”Such mosquito-sized units are actually high-end subdivided flats. The only things that set them apart are the existence of a deed and compliance with the Fire Safety Ordinance.” Well quite. Dr Wong goes on to worry about the possibility that if the property market stabilises these tiny flats will become unsaleable. I have two doubts about the reality of this danger. One is that there is no sign of our government having the gumption to do the sort of things which might lead to the property market “stabilising”, let alone declining.

It may be, of course, that the bubble will eventually burst of its own volition, but I am not holding my breath. And after all, Adam Smith’s great invention will put its invisible paws in here; if flats become cheaper buyers will become more numerous. What worries me is what this situation tells us about the life and times of ordinary 20-somethings in Hong Kong. Miss Yau Wai-ching, who did not become the surprise success of the last LegCo elections without an ability to hear what people were worried about, caused a little stir a few months ago by saying that young people in Hong Kong had no space, even for sex.

There ensued one of those massive exercises in missing the point which commonly follow any public mention of sex. Much attention was devoted to the actual word Miss Yau had used, a Cantonese expression which apparently comes somewhere between “bonk” and “fuck” on the acceptability for public oratory scale. Nobody entertained the possibility that this might be a serious point. But it is.

In A.J.P. Taylor’s volume of the Oxford History of England he notes that in the 1920s and 30s people had far fewer babies than they had in earlier periods, yet this drop in fertility was achieved well before practical contraceptives became widely available. It follows, he inferred, that most people limited their output by abstaining.

Historians should bear in mind, he wrote, that in this period they are dealing with a frustrated population. Maybe people who complain about the resentment and ingratitude displayed by our youngsters should bear this in mind as well. This is actually only one aspect of the generally distressing situation facing young people in Hong Kong. The BBC recently quoted a survey as concluding that 80 per cent of the population aged between 18 and 29 would like to emigrate. I do not think China was the destination they had in mind – more likely the prospect that they will be migrated to China without actually moving anywhere.

We seem to be embarking on a dangerous sociological experiment, designed to determine how much disillusionment and dissatisfaction a society can generate in its young people and still function. Besides its ominous implications for Hong Kong as a going concern, this involves inflicting a great deal of personal unhappiness.

Hong Kong's tiny flats: A sociological experiment on how much young people can take?