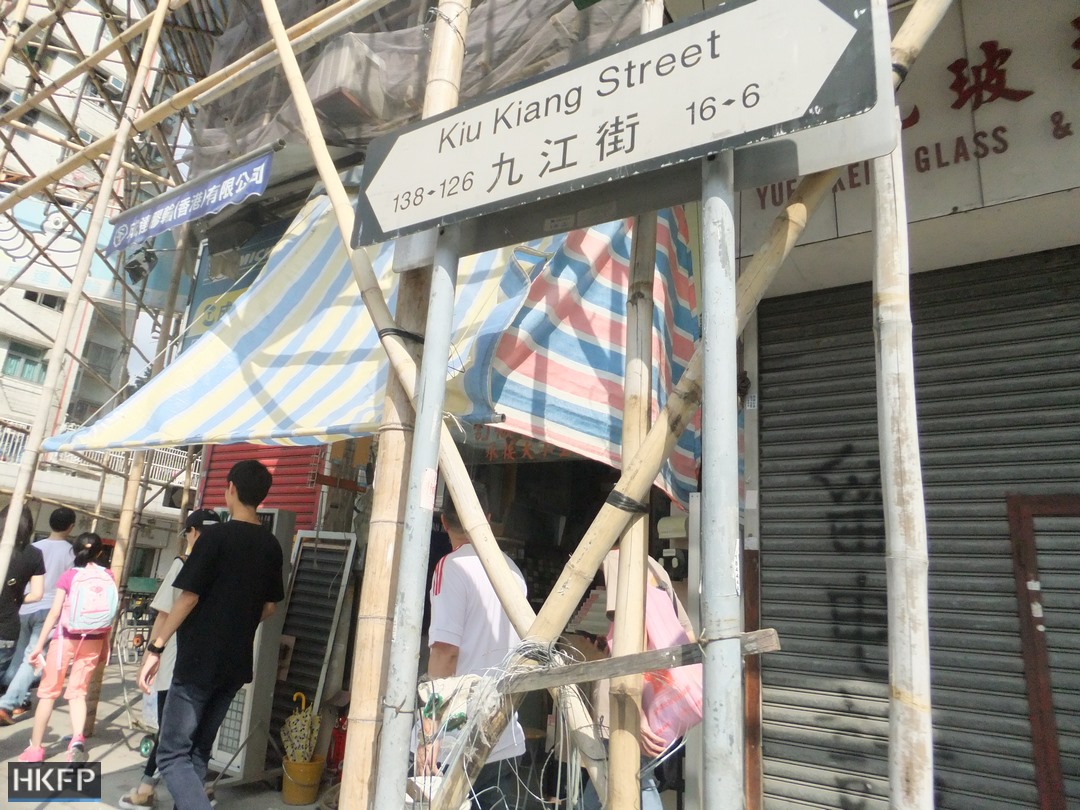 The neighbourhood became the site of what organisers say is the first street market where Hong Kong’s hawkers have legally been allowed to cook over open flames. 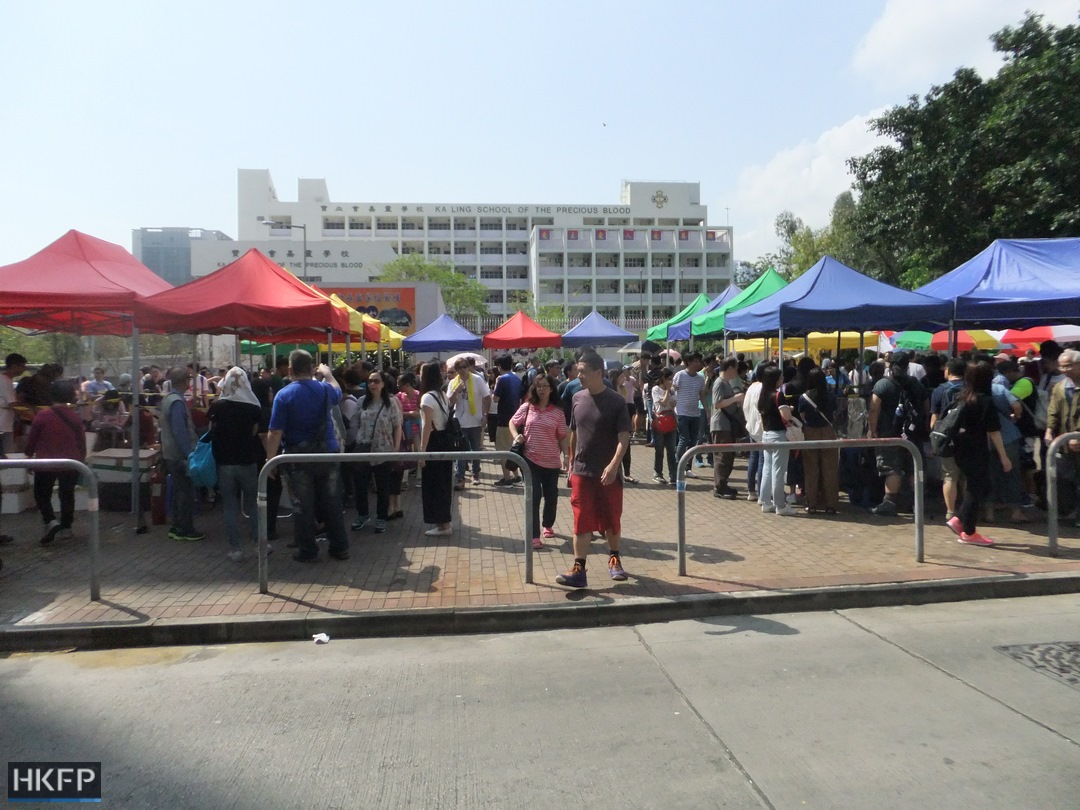 “This is very different from going to a shopping mall,” said one visitor. 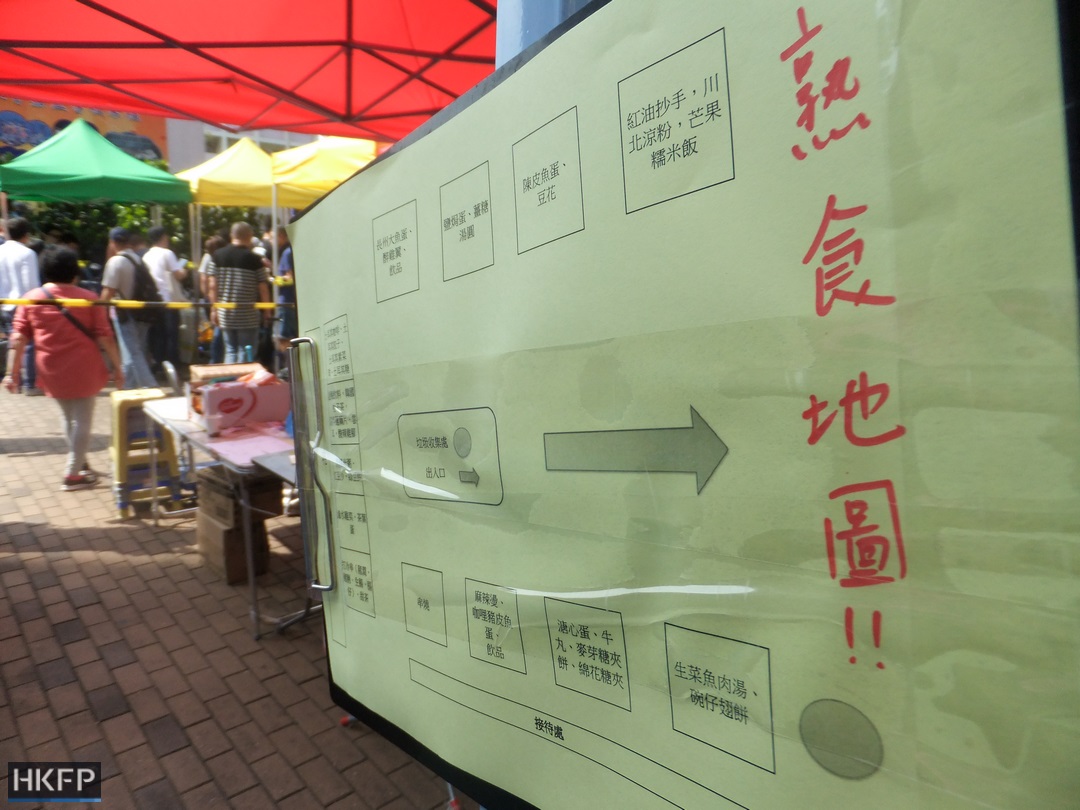 At the market, hawkers cooked and sold fishballs, satay sticks, chicken wings and even freshly-brewed Turkish coffee – mostly for HK$10 to HK$20 a portion.

Only a few Food and Environmental Hygiene Department inspectors and police officers patrolled the street. 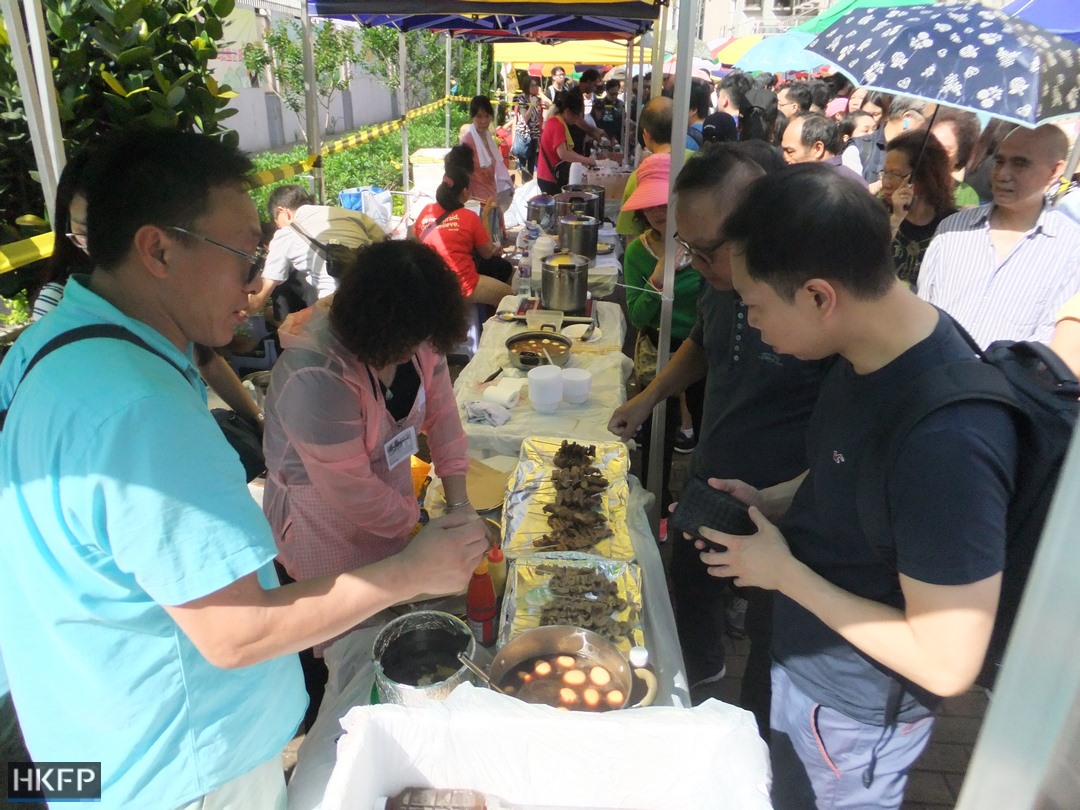 Street food hawkers used to be found all over Hong Kong – including in Sham Shui Po, which once boasted the famous Kweilin Street Night Market.

But in recent years, they have been targeted by law enforcement, because of their lack of licences to cook and sell food. 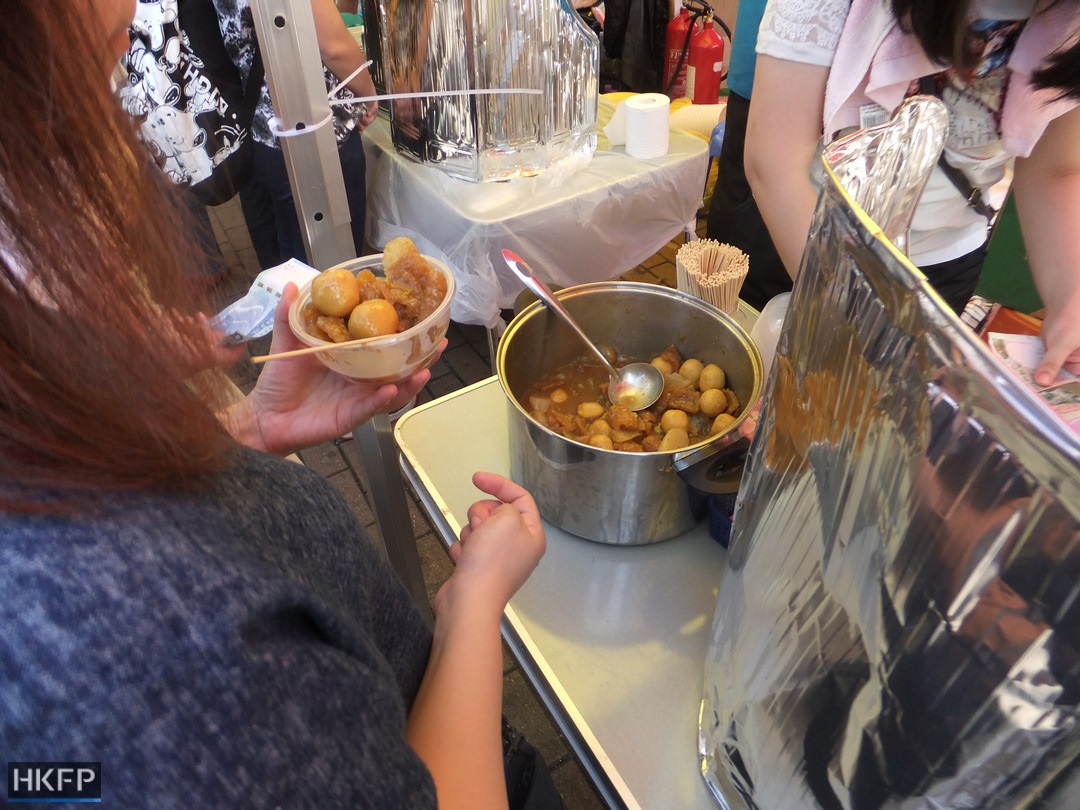 Street hawkers have also become one of the focal points of an emerging local identity. 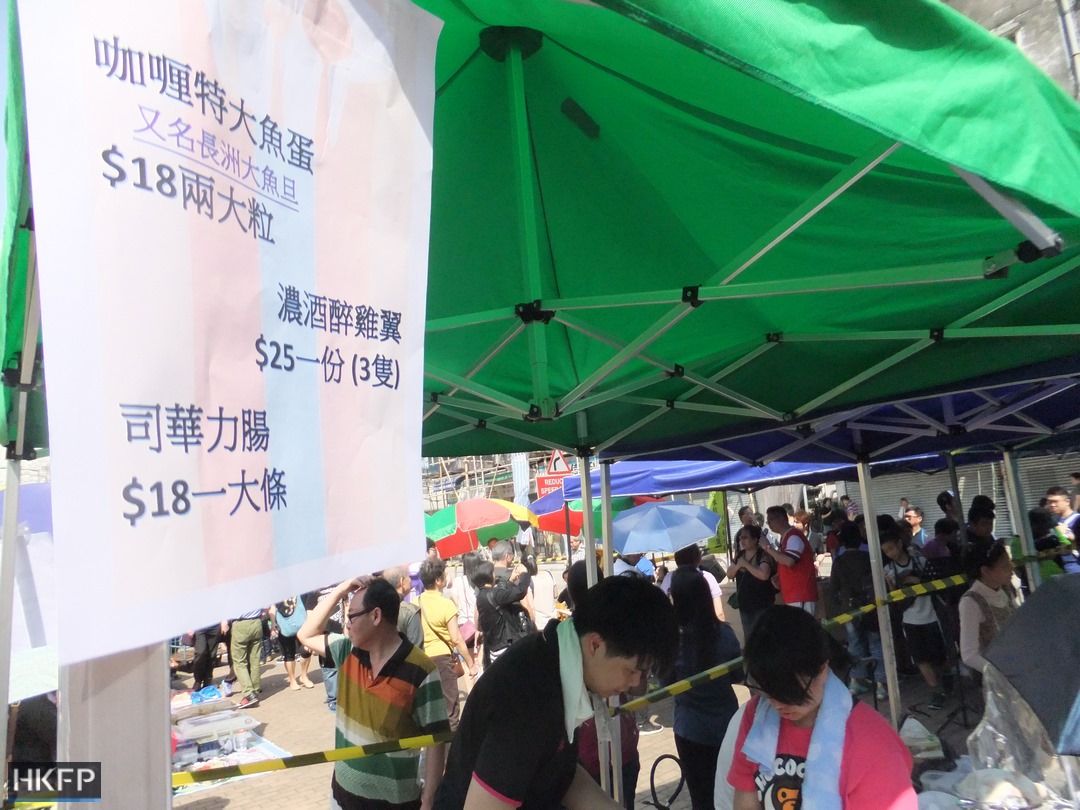 The Easter market was the outcome of campaigning by three local concern groups to the Sham Shui Po District Council, the Food and Environmental Hygiene Department and the Fire Services Department earlier this year.

One of the groups was the Concerning CSSA and Low Income Alliance, which focuses on the livelihoods of Hongkongers living on social welfare. 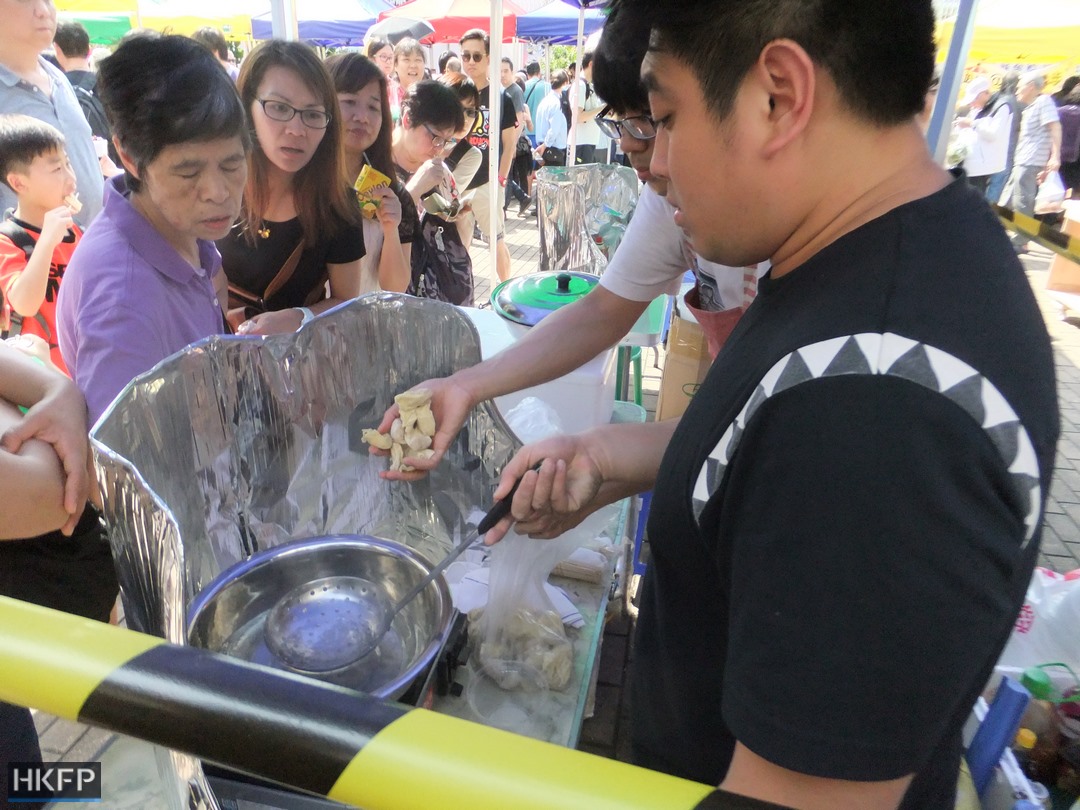 Ms. Ho, a former volunteer with the alliance, helped organise the activities on Sunday. She said that it was the first time the food stalls were allowed “limited open-flame cooking.”

This meant that the hawkers were not allowed to cook raw food. But they were allowed to reheat or cook chilled food on a small open-flame cooker. 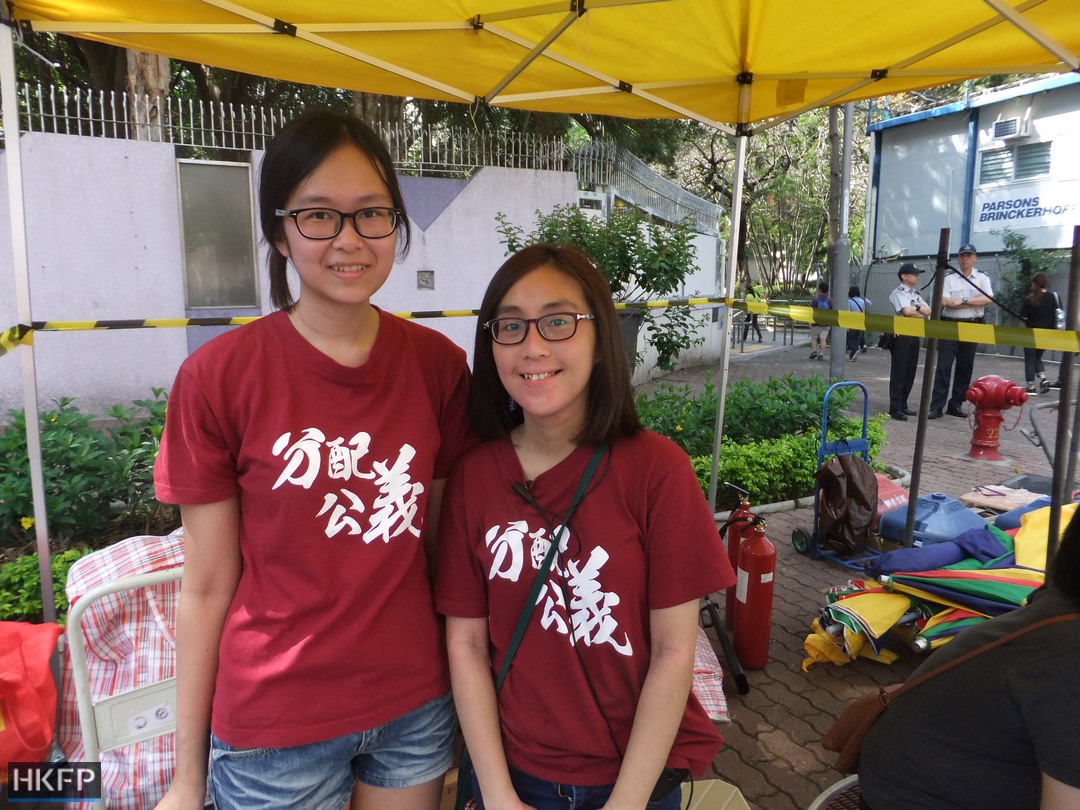 “During the New Year, we also held a street market,” she told HKFP. “But we were only allowed to use electric cookers.”

“The response this time is really excellent.” 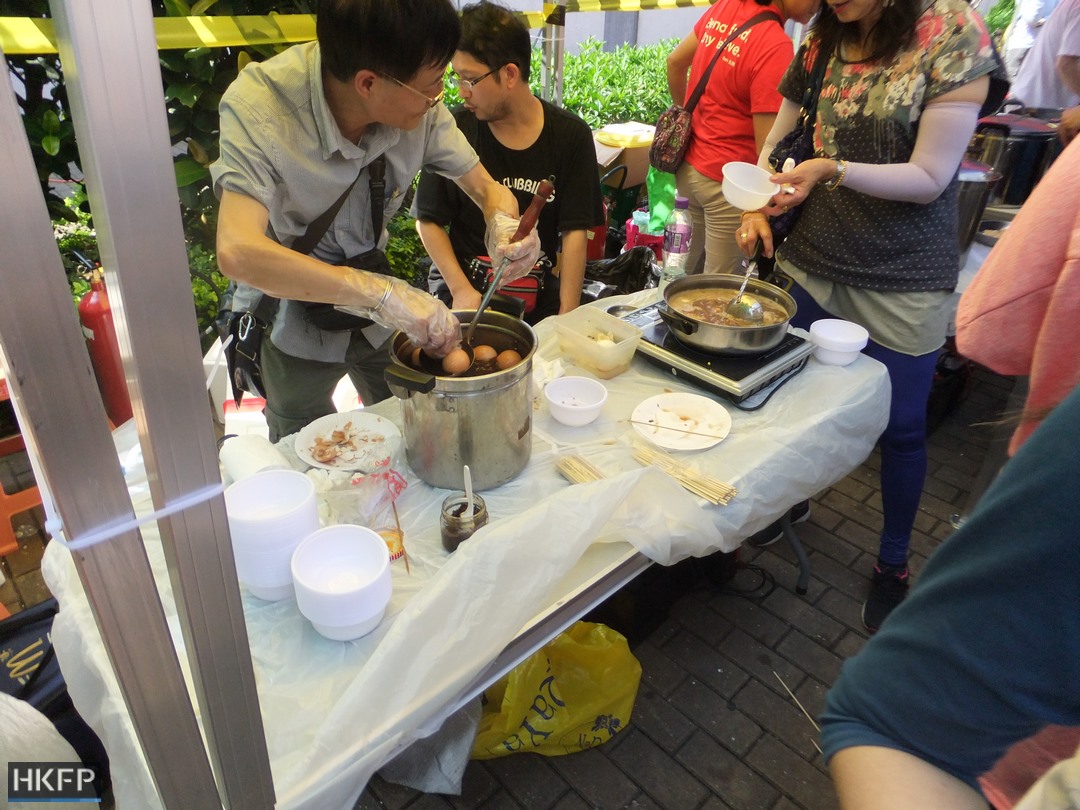 Pro-democracy lawmakers such as Lau Siu-lai, Nathan Law and Leung Yiu-chung participated in the street market’s opening ceremony on Saturday.

Non-commercial entertainment also took place at the market. Mr. Lung, organiser of a game stall, told HKFP he was not selling anything. 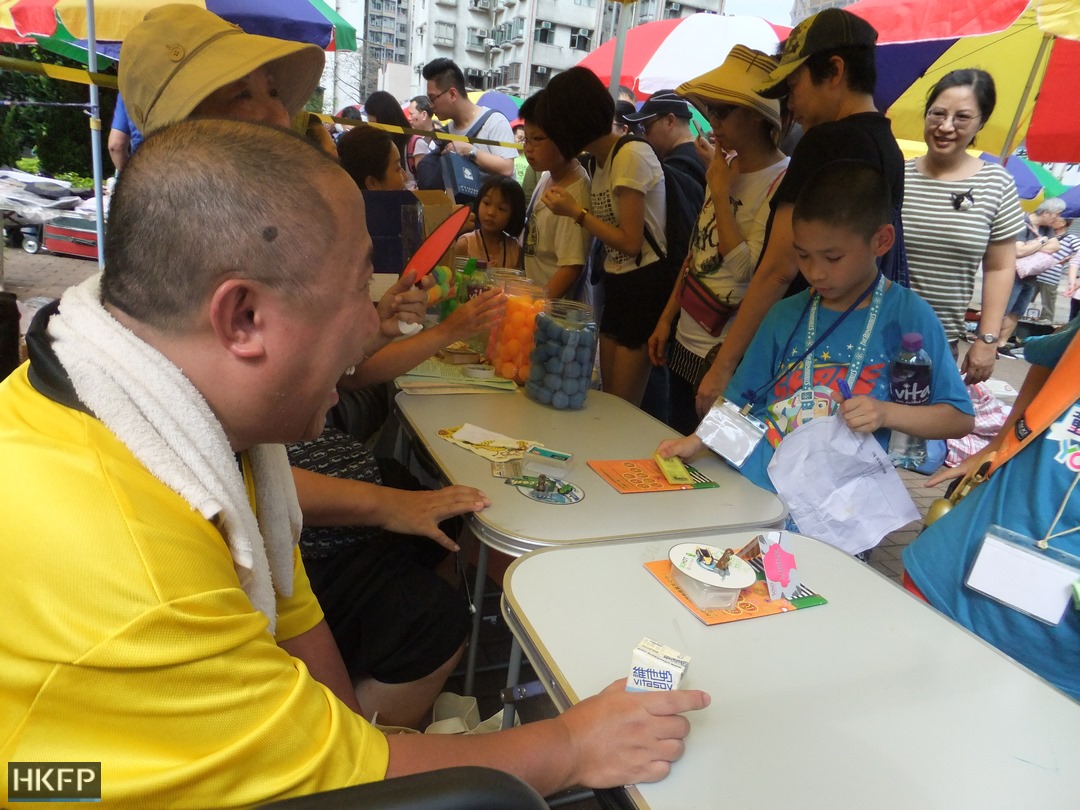 His team held performances by locals and ethnic minorities, organised games for children and made items from recycled goods at the market. 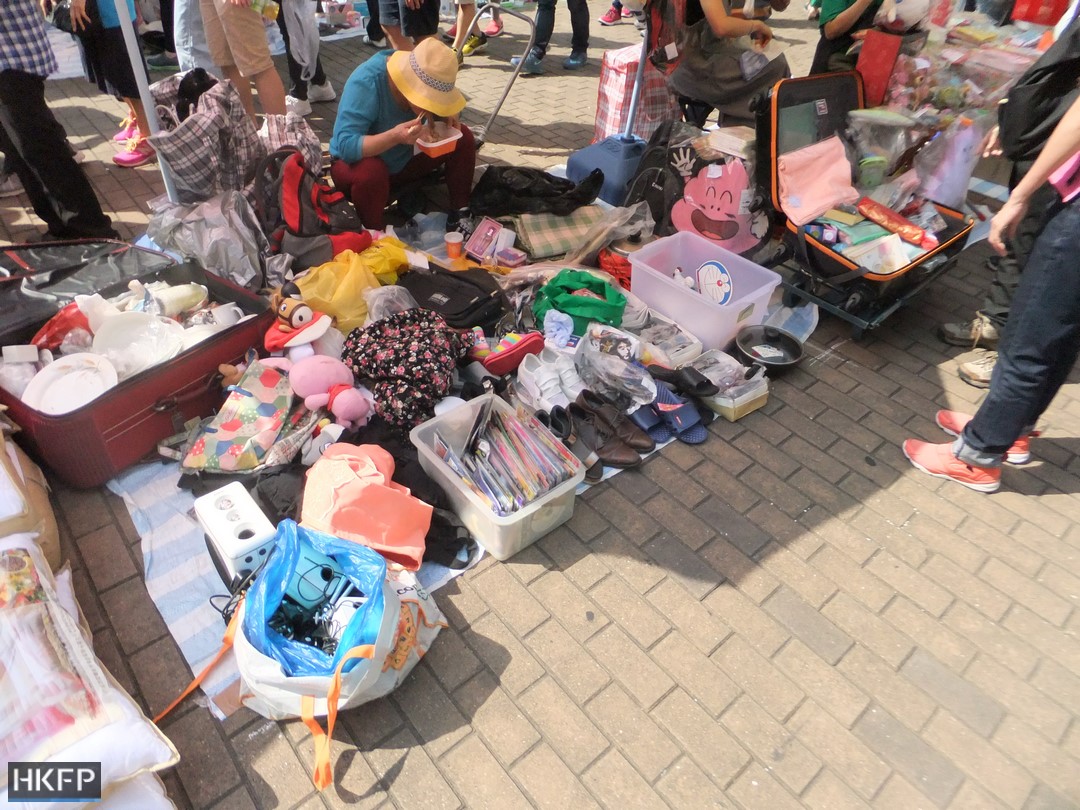 “We made an old CD into a [toy] model for children,” he said.

He added that participants could vote for the features they wanted at his stall next time there is a street market. 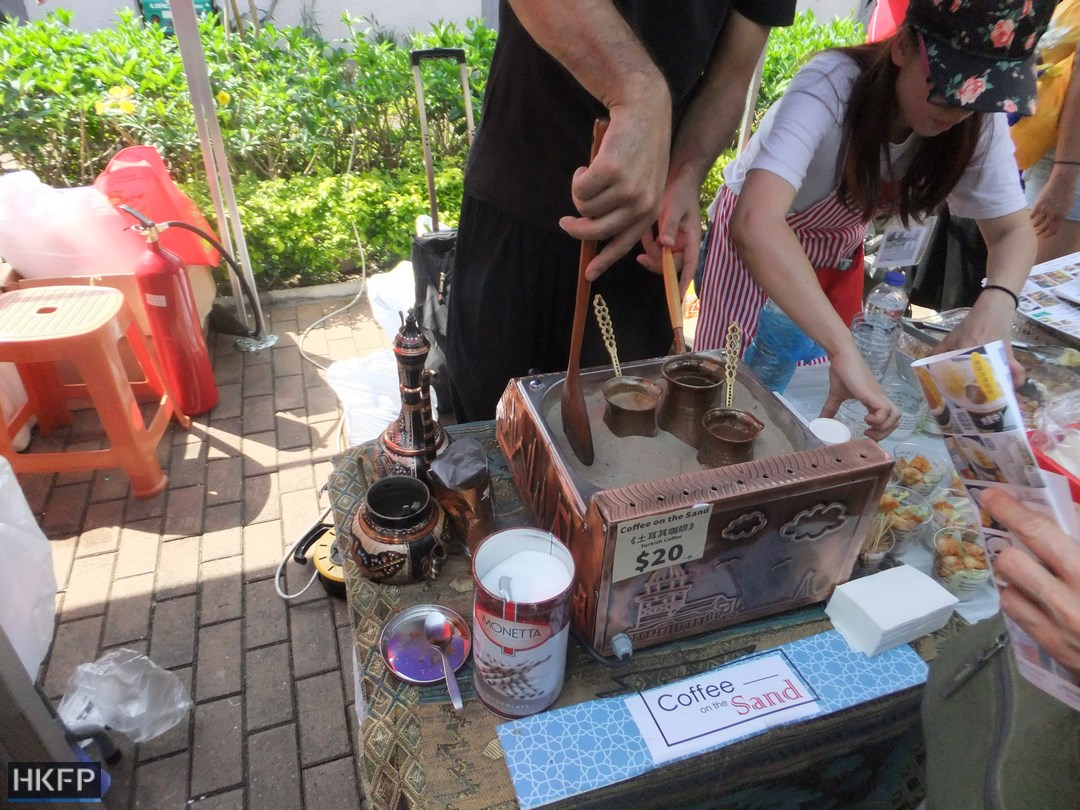 At 8pm Sunday, organisers announced that all cooked food was sold out.

Lee Kwok-kuen, organising officer from the Concerning CSSA and Low Income Alliance, told InMedia that he was trying to seek out more venues for social purposes and holding markets. 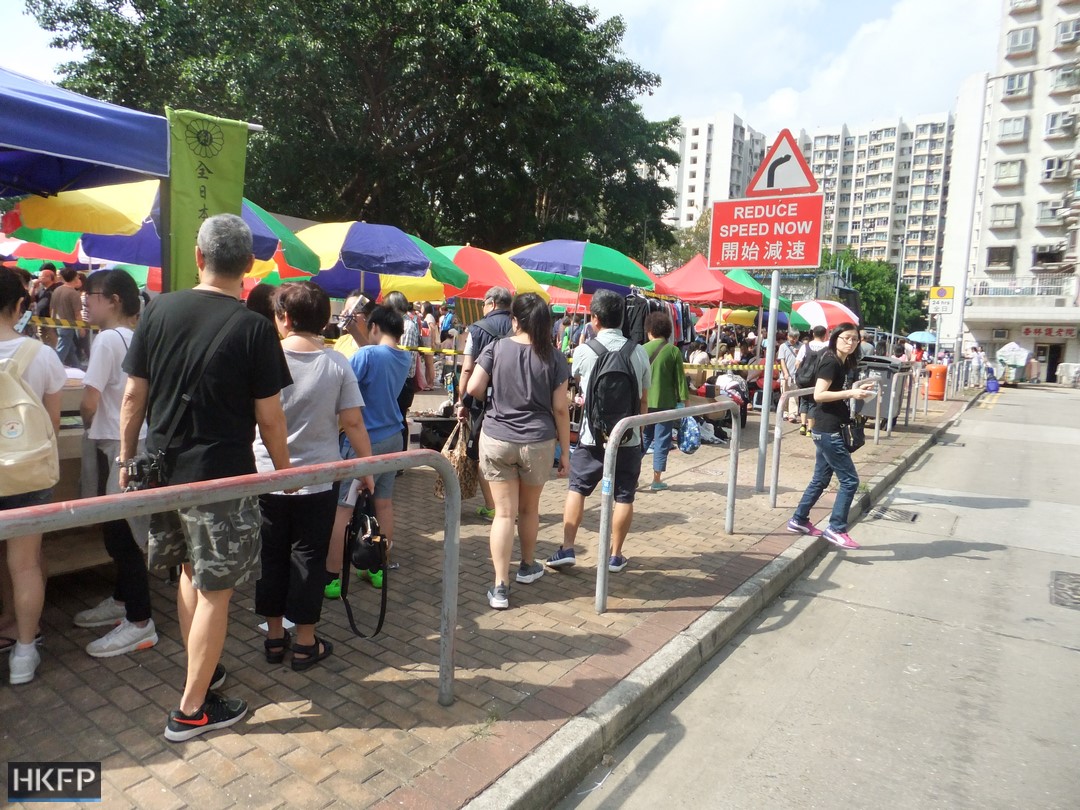 He hoped to organise the next street market for Mid-Autumn Festival this year.