Two former aides to the Youngspiration party’s ex-lawmaker Baggio Leung Chung-hang filed a judicial review on Tuesday against the government over its decision to ban their party from selling merchandise at the Lunar New Year fair in January.

Li Tung-sing and Chin Ka-kit won a bid for two stalls at the fair in Victoria Park, but were informed by the Food and Environmental Hygiene Department less than two days before Lunar New Year that they were not allowed to sell merchandise at the festive market. The department cited safety reasons at the time. It said it “believed” Youngspiration’s merchandise would bear controversial pro-independence messages, which would “very likely endanger public order and public safety.”

Youngspiration criticised the authorities at the time for basing its decision on “guesswork” without first communicating with the party. The products Youngspiration later presented bore messages critiquing social phenomena, rather than propagating a pro-independence agenda.

Li and Chin said in their judicial review application that the government’s decision was illegal. They requested that the department offer them a stall at next year’s Lunar New Year fair, or pay punitive damages.

They also alleged that the department breached a legitimate expectation on the basis that it had never banned political parties from selling merchandise at the fairs for public safety reasons, and that it also allowed political figures and senior officials to attend the fairs. A Youngspiration merchandise with a non-political message at the Lunar New Year fair. The sign behind said “dangerous items,” alluding to the government ban. File Photo: Youngspiration.

Despite the ban, Youngspiration’s ex-lawmakers – Baggio Leung and Yau Wai-ching – promoted the merchandise at the market. Security guards and law enforcement agents were seen monitoring their activities at the time.

Besides Youngspiration, the Hong Kong National Party was also barred from selling products at the fair in January. 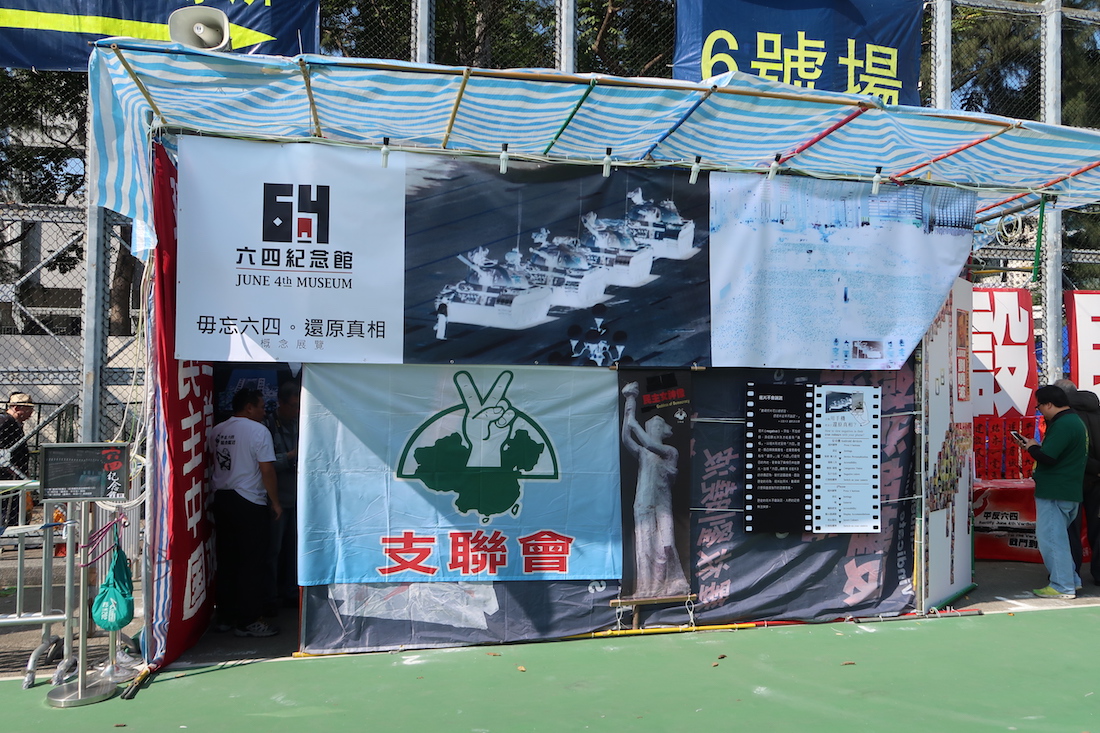 The Progressive Lawyers Group spoke up against the ban at the time. Calling the decision “unwise,” it said the government should protect the freedom of speech and association, as well as safeguard the free movement of goods as guaranteed by the Basic Law, the city’s mini-constitution.

“Any administrative bureau, in the exercise of its public power and decision making, must uphold the principles of fairness and justice,” it said.

Political censorship at the fairs is rare. Pro-democracy parties have for years sold merchandise mocking controversial government officials. Political groups such as the Hong Kong Alliance in Support of Patriotic Democratic Movements in China were also able to sell political books that are banned in China.