Three men have been fined for participating in an unlawful assembly, with one pleading guilty to charges of criminal damage and assault against pro-democracy activist Tam Tak-chi last year. 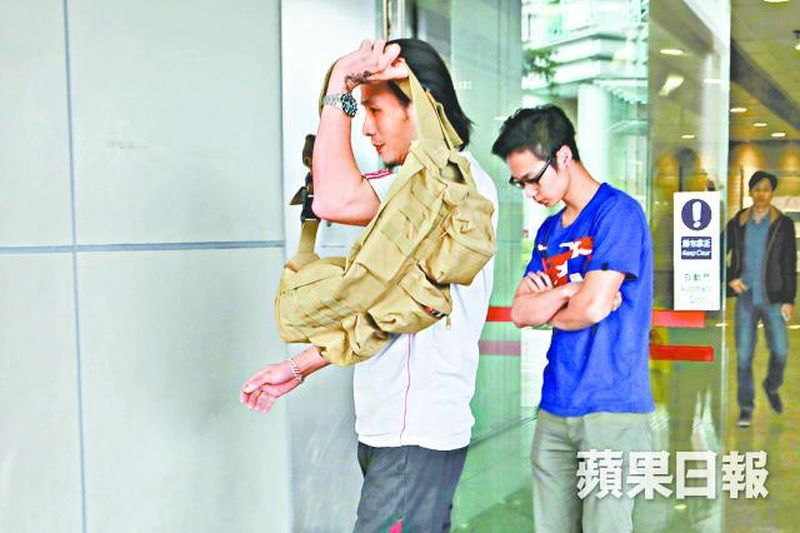 The assault took place as the vice-chairperson of the pro-democracy People Power group protested in a vehicle against state leader Zhang Dejiang’s visit to Hong Kong on May 18.

Tam, known as “Fast Beat” during his time as a radio host, plastered the vehicle with black-and-white photographs of Zhang to resemble a funeral coach, and drove it around Hong Kong Island.

At one point, the vehicle was stopped by around a dozen men. They tore down the photographs of Zhang and threw punches at Tam.

Tam filmed them hitting the vehicle and quarrelling with him later during the altercation.

Tam told Apple Daily outside the Eastern Magistrates’ Courts on Monday that he felt frustrated with the verdict. He said that he received a suspended prison sentence when he protested against then-chief secretary Carrie Lam two years ago by throwing paper at her.

“Where is the justice?” he said. Tam added that he did not physically approach Lam or cause any damage to property during his protest – in contrast to the actions of Monday’s defendants.

He said that the perceived inconsistency between the two incidents and verdicts could effectively create fear among protesters.