Three mainland Chinese were arrested on Friday on suspicion of having burgled at least three mansions and village houses in Tin Shui Wai.

Police investigators said they believe the suspects – two males and one female – belong to a burglary syndicate in China. The force is investigating whether there are other suspects still at large. Two of those arrested, aged 29 and 42, came from Guangxi and Heilongjiang respectively. They both crossed the border illegally. A third suspect, 27, came from Ningxia and held a valid travel document.

The three mainlanders were arrested around 6:30am in a hotel in Tin Shui Wai. Chief inspector Chan Yan of the New Territories North Regional Crime Unit said the three refused to cooperate when police requested entry. Officers eventually forced their way into the rooms, Apple Daily reported.

Chan said officers seized a large amount of valuables, including around HK$100,000 in cash, jewellery, luxury watches and handbags. 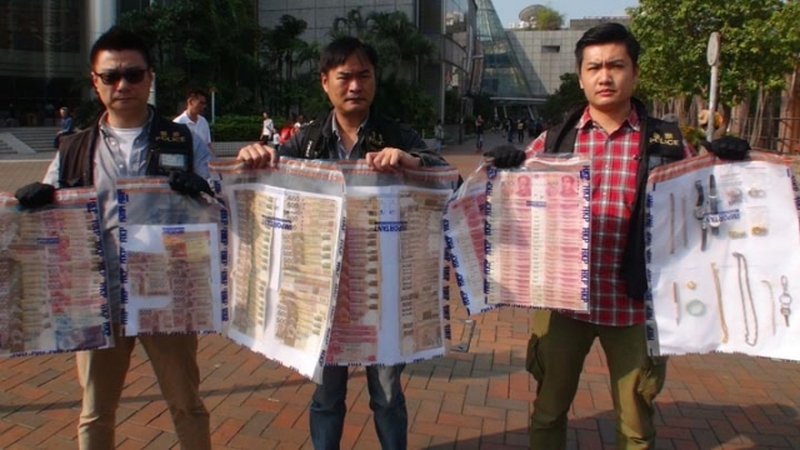 He said the three people had been staying in Hong Kong for more than two weeks. Investigations continue into whether they may also be responsible for recent burglaries in other districts.

In January, three mainland Chinese were arrested in Pat Heung, Yuen Long on suspicion of being behind at least eight burglaries in mansions in the New Territories. Police seized valuables worth HK$5 million, as well as binoculars with night vision and a diamond tester.

Police advised the public to lock all doors and windows before going on overseas trips during the Easter holidays.