Sources at Initium, speaking on the condition of anonymity, told HKFP that up to 70 of its 90 staff members could be laid off, and they will be informed by Friday. 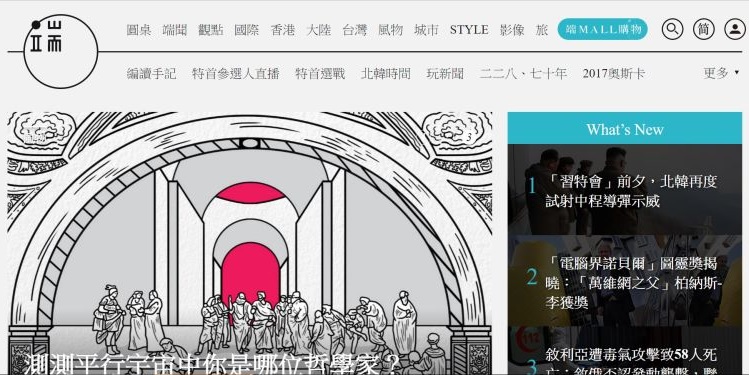 Responding to queries from fellow online outlet Citizen News on Wednesday, Initium denied the figure, saying it did not know exactly how many would leave.

On Wednesday, it told newspaper Apple Daily that it would undergo personnel restructuring as a result of its current cash flow situation. “A substantial number of employees will depart,” it said. “These employees are all outstanding media workers, and we hope they can successfully find new posts.”

Established less than two years ago, Initium has offices in Hong Kong, Guangzhou and Taiwan, and is best known for its long-form features.

Local television station Now TV reported that it held a staff meeting on Wednesday afternoon, where executives told employees that there would be layoffs because of the outlet’s cash flow problems and its inability to find a new investor.

Initium’s current majority shareholder is Will Cai, a mainland-born lawyer who studied in the United States and is living in Hong Kong.

Citizen News cited a purported internal letter to staff penned by majority shareholder Cai on Monday, stating that the current situation occurred because a potential investor backed out at the last minute.

“This sudden change has heavily impacted our financial situation,” read the purported letter. “I am very sorry that we have not been able to make better plans for this sudden incident.”

Initium told Citizen News that it was still trying to find a new investor. However, it said it had enough funds to continue operating for over half a year, and would not divest from any of its markets in Hong Kong, mainland China or Taiwan.

Now TV reported that Initium would inform the employees to be dismissed a month in advance, in accordance with Hong Kong labour laws. However, they would receive no severance payment.

According to the Employment Ordinance, only workers employed under a continuous contract for over 24 months are entitled to severance payments. Initium was founded in August 2015.

That year, Editor-in-Chief Zhang Jieping had said that the outlet’s investors promised it would not have to worry about becoming profitable during its first three to five years.