Chief Executive-elect Carrie Lam will fly to Beijing on Sunday afternoon to accept her instrument of appointment. Lam gained 777 votes from a 1,194-member committee last month to become the city’s next leader. She will take office on July 1.

Next week, Lam will receive the appointment from Chinese Premier Li Keqiang as the fifth term chief executive of Hong Kong. The pro-Beijing Sing Tao Daily reported on Thursday that Lam will also meet with Chinese President Xi Jinping for the first time. The newspaper said it was expected that Lam will report to the state leaders over her governing direction, and she will exchange views with the central government over cabinet appointments. Lam will return on Wednesday afternoon.

Incumbent Chief Executive Leung Chun-ying received his appointment from then-premier Wen Jiabao on April 10, 2012 after he was chosen in late March. 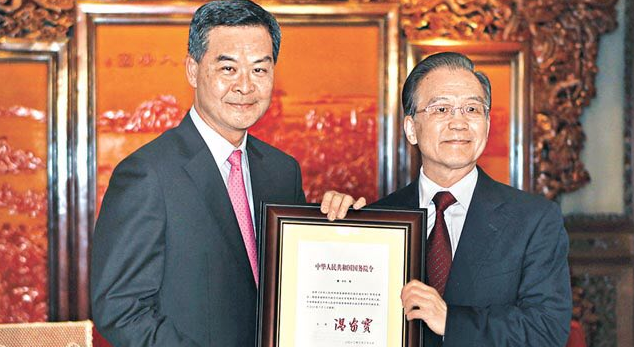 Leung met with then-president Hu Jintao the next day.