China’s plan to develop an economic backwater outside Beijing into a city three times the size of New York has sparked a real estate speculation frenzy among out-of-town home buyers.

The Xiongan New Area — a patch of apartments and wetlands in northern Hebei province — has less than one percent of Beijing’s economic output, but was on Saturday unveiled as the future location of a special economic zone similar to those established in Shenzhen and Shanghai. Located some 100 kilometres (62 miles) southwest of downtown Beijing, the zone will eventually be expanded to 2,000 square kilometres — nearly three times the size of New York City.

The move seeks to reduce traffic, air pollution, and population growth in the overcrowded capital.

Within hours of the news, investors from all over the country descended on Xiongan, causing average apartment prices to nearly double in a day.

Home prices in one area increased from around 4,000 yuan (US$580) per square metre to highs of 20,000 yuan, financial magazine Caixin reported.

“We people here had never in our lifetimes seen anyone buying houses like this — they were pulling out hundreds of thousands, millions in cash without even blinking,” one local Xiongan resident told the Beijing Youth Daily.

“You could see cars from all over the country filling the streets,” he added, noting that while most came from nearby Beijing, Tianjin or Hebei, some had driven up from as far as Hainan, the country’s southernmost province. 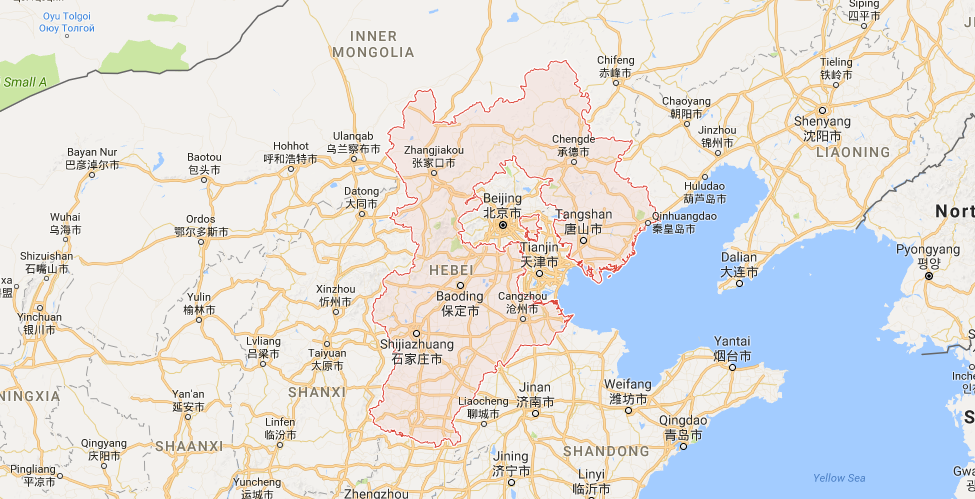 Photos showed long queues of potential buyers outside real estate offices while most hotels in the region were fully booked, according to local media reports.

Chinese authorities have vowed to crack down on wild speculation in everything from stocks to real estate.

By Sunday, local officials had ordered a freeze on all property sales and shut down construction projects and real estate offices. But the move has done little to deter prospective investors, who have continued to turn up in droves.

Caster Pang, head of research at Core Pacific-Yamaichi, told Bloomberg News that the Xiongan project had revived optimism in the growth prospects of the world’s second-largest economy, which last year expanded at its slowest rate in a quarter of a century.

“The investment plan could support demand for cement, steel and construction-related materials in the next ten years in China,” Pang said.

Chinese stocks in cement, construction, ports and real estate surged on the Hong Kong stock exchange on the back of the announcement. Mainland markets are closed for a public holiday until Wednesday.