In a one-room shop tucked inside a Beijing alley, a bearded 74-year-old fortune-teller in crimson tunic offers what Chinese parents have sought for centuries: an auspicious name for their newborn.

But business has been tough lately for Mao Shandong and others in his trade as tech-savvy entrepreneurs have turned the ancient naming tradition into a lucrative online business. This picture taken on February 28, 2017 shows fortune-teller Mao Shandong looking on as he waits for customers in his shop in Beijing. Photo: Yanan Wang/AFP.

“We can’t make a living these days,” lamented Mao.

Chinese have for centuries believed that a well-chosen name can ensure a lifetime of good fortune.

Unlike in English, where one draws from a lexicon of Josephs and Richards, a Chinese name can be created from any combination of two or three characters.

And for many Chinese parents, making the right choice has become even more imperative as they seek to help their children stand out in the world’s most populous country.

“They realise that the name will follow their child for their entire life, be judged by their employers and have an impact on their values.”

A quick web search reveals more than a hundred such businesses in China, each promising names that will pave the way for future success.

Zhang founded Qimingtong in late 2014 with her business partner, Chen Jun, after working for two decades as a newspaper reporter while pursuing a hobby helping friends and colleagues name their children.

Qimingtong’s software uses an algorithm to compile the best names for a child based on their parents’ responses to a personality quiz. It has been used by more than 10,000 people. 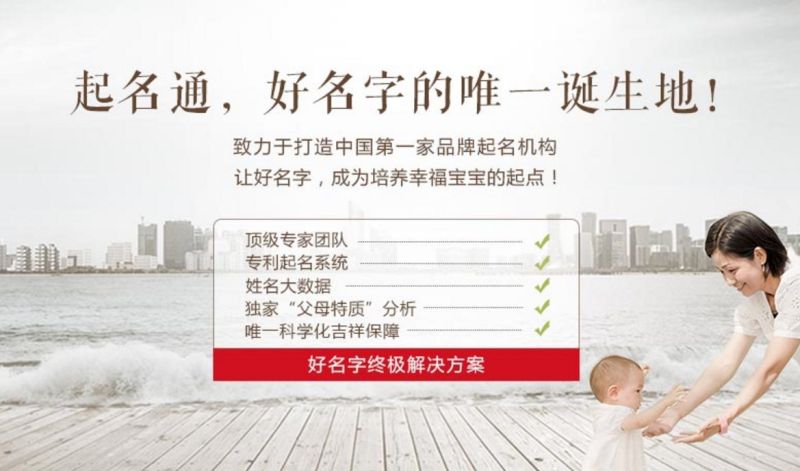 Zhang and her employees also help name dozens of newborns every day either via walk-ins or online consultations.

Liu Qiang, a police officer in central Henan province, and his wife wanted to use a modern naming method that still accounts for “bazi” – the traditional belief in a destiny determined by one’s date of birth.

“Bazi” or “eight characters,” refers to the eight digits denoting the year, month, date and hour of birth. It is believed to determine the natural elements present in one’s life, such as metal, wood, water, fire and earth.

A name can compensate for the elements that a child lacks.

Liu’s son lacked a wood element, so Qimingtong named him “Bailin,” combining the characters for cypress tree and a mythical, dragon-like creature from Chinese folklore to create a name which his parents hope will help him forge a unique identity.

“We want him to realise his personal dreams,” said Liu, 39.

At Lindsay Jernigan’s first job in Shanghai, she worked alongside Apple, Yoyo and Eleven.

Was the meeting with Eleven, or at 11 am? Was she making a reservation for Eleven, or for 11 people?

While her company was filled with “really smart, driven” professionals, Jernigan, a 27-year-old American, feared their names would hurt their prospects in English-speaking work environments.

Two years ago she founded BestEnglishName.com, which charges 248 yuan for a 30-minute consultation via WeChat.

Some clients request English names that still adhere to “bazi”, forcing Jernigan to get creative.

If someone wants a water element, she may suggest “Brook,” “Morgan” (a water sprite in Welsh), or “Lindsay,” which means “Linden trees by the water.”

“Of course you can just get lists of names online, but we’re the only ones that truly understand the Chinese mentality,” Jernigan said.

“Naming is a way of self-expression. The demand is definitely here.”

Not everyone shares her optimism.

Mao said he is ready to abandon his fortune-telling business, even as he scorns his rivals in the naming industry.

“All those websites, they’re the scams,” he said with a sigh.

What's in a Chinese name? From ancient rites to a growing child-naming business