Listening to a long lecture, a student takes out her phone and starts chatting with friends. When she puts down her phone, she starts to draw pictures on her lecture notes. Kerry So Tsz-ching, a Year Two student studying in the Associate of Social Sciences (Behavioural Science) programme at HKU Space Community College, has attention deficit hyperactivity disorder (ADHD) and often finds it hard to remain focused for long periods of time. She was diagnosed with the disorder – which is characterised by impulsivity, inattention and hyperactivity – when she was in Secondary Four and took medication for a few years.

Hong Kong has fewer students with SEN in tertiary education compared with other countries, but the number has increased in recent years. The Equal Opportunities Commission (EOC) says the total number of students with SEN studying in full-time undergraduate degree and sub-degree programmes grew from 532 in 2011 to 1,061 in 2015. Still, this is just 1.4 per cent of the tertiary student population.

Education Bureau figures show that of the 348 SEN students enrolled on UGC-funded programmes in the 2015/16 academic year, 14 per cent have autism, ADHD and other specific learning difficulties. However, this refers only to those who have declared their disability, which is done on a voluntary basis. Students with SEN can submit information about their disabilities via the Joint University Programmes Admissions System (JUPAS) when they apply to UGC-funded programmes. This allows the institutions to identify them and provide timely and appropriate assistance.

However, Kerry So chose not to disclose her ADHD to HKU Space as she thinks her symptoms are mild. “ADHD had a greater impact on my childhood, but I’ve become more self-disciplined as I have grown up and can control myself now,” she says.

While she was given 20 per cent of added time when she took her secondary school public examinations, she did not apply for similar arrangements from HKU Space because she can now complete her exam papers within the standard prescribed time. She does, however, wish she could have more than one break in a three-hour lecture.

So says counsellors and social workers will follow up on students who have declared they have SEN. But for students like her, who have not disclosed their disability to the school, it is not easy to get information on how to ask for assistance or access the unit responsible for SEN issues.

Unlike So, Queenie Lau Pui-kiu, a Year Four student studying for a Diploma of Vocational Education (Business) in the Vocational Training Council (VTC) Youth College, informed the school that she has autistic spectrum disorder before her admission interview. 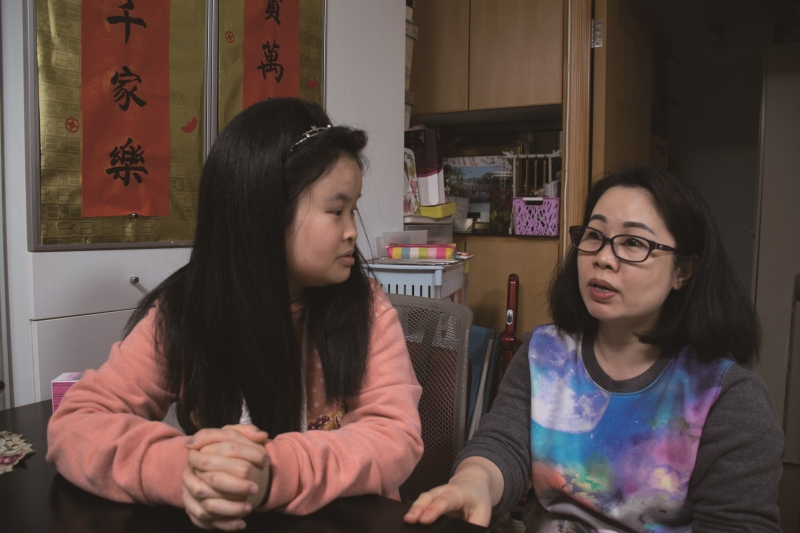 The VTC has a special admission procedure for students with SEN, who are offered a place if they meet the entrance requirements and are assessed to be capable of completing the studies during an interview. Because it has this separate admission route, the VTC has a higher intake of students with SEN than other post-secondary institutions. It is also the only tertiary institution to get HK$12 million annually from the government to provide SEN support services since 2013. Compare this with the HK$20 million in total that the UGC has provided as a one-off grant to its eight funded universities in 2015 to enhance SEN support.

Now 21, Queenie Lau was diagnosed with high-functioning autism at the age of six. She does not suffer from delayed language development or intellectual disability like some others on the autism spectrum, but speaks fluent English and Mandarin, and can speak conversational Filipino, French, Indonesian and Japanese.

However, problems in social communication and repetitive behaviours still bother her. Besides being unable to control the volume and tone of her speech, she is also insensitive to people’s reactions. For instance, she would insist that guests to her home play with her dogs, even though they disliked dogs. Fortunately, some overseas English tutors at the Youth College have taught her how to communicate through role-play activities and constant reminders. 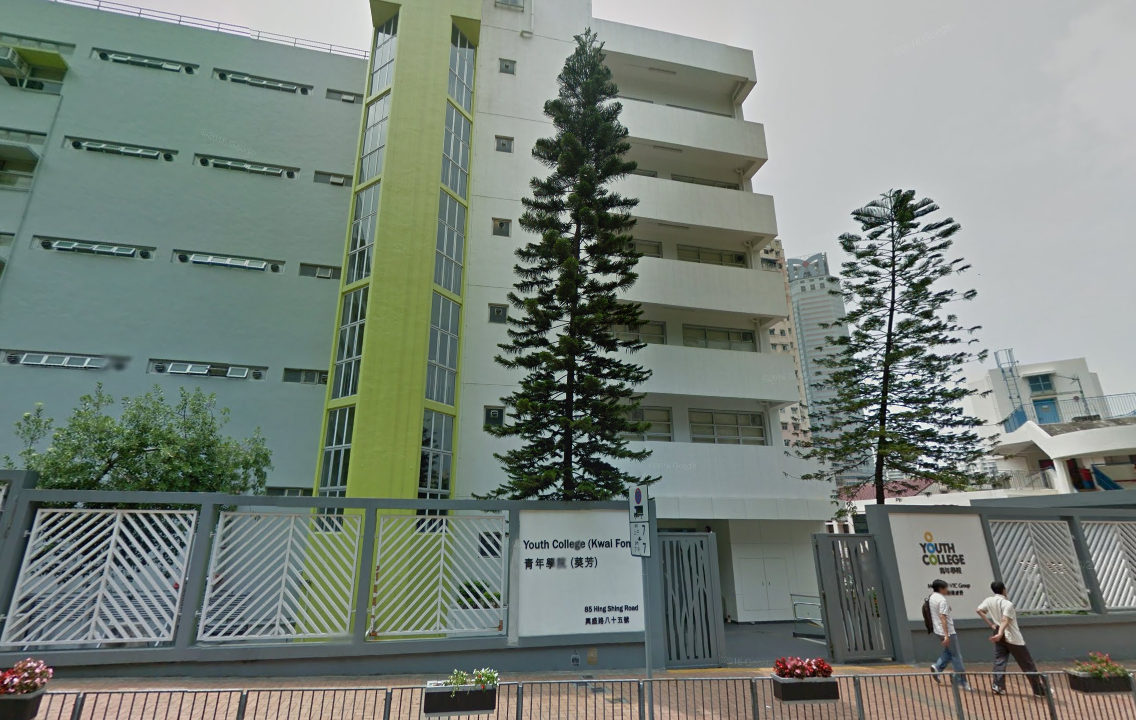 Lau initially found it difficult to make friends in Youth College. She could not find common topics of interest with her classmates and found it hard to find group mates for projects. When the overseas tutors noticed her isolation, they took the initiative to introduce Lau to students with the same hobbies and invited her to join school activities. With their help, she has now made many new friends in the school.

Lau says a Canadian tutor who has personal experience of helping people with autism and ADHD back home has been particularly helpful. The tutor even wrote a guide on how to support autism students for other teachers’ reference, including advice such as giving clear and slow instructions, and explaining new concepts with graphics.

Apart from tailor-made learning aids, Lau also gets an extra 15 minutes to complete her examinations because she needs more time to comprehend the underlying meaning of the texts.

Unfortunately, not every teacher in the VTC is as understanding. “Foreign tutors are usually more earnest and eager to help than local teachers,” Lau’s mother says. “But the bad thing is they just stay here for one year.”

Apart from assistance from the overseas English tutors, Lau also benefits from the VTC’s Peer Counsellor Training Programme which seeks to create an inclusive learning environment. 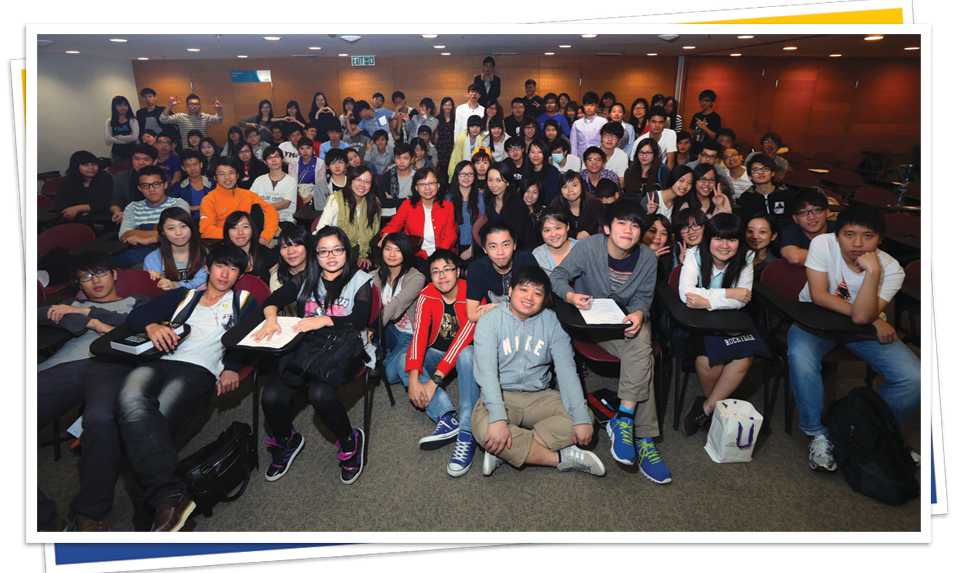 Timothy Theodore Tam Ka-ki, 19, was also diagnosed with high-functioning autism as a young child and additionally has ADHD and dyslexia. Despite these challenges, he is now in his second year of a biomedical sciences degree at the University of Hong Kong (HKU).

He finds that of his learning difficulties, autism affects his life the most. He often gets moody and feels depressed because of minor things. When he was a child, a broken pencil could make him unhappy for an entire day. Noisy environments and sensory overload usually triggered his symptoms – he would scream, throw things or even push and hit people impulsively. The worst thing was, he could not explain his actions afterwards and sometimes ended up being punished or struck by others.

Tam sought help from the Centre of Development and Resources for Students (CEDARS) of HKU and staff have arranged irregular meetings with educational and clinical psychologists to better understand his condition and needs. When they learned that he was always getting lost in his first semester but was too timid to ask for directions, they walked him around the campus and pointed out the main buildings to him.

It took time for Tam to adapt to his new environment. “Unlike at secondary school, courses at university change every half year and you have to familiarise with new course mates all over again,” he says. The coaching, workshops and peer counselling service organised by CEDARS help him to adapt to his constantly changing social circles. 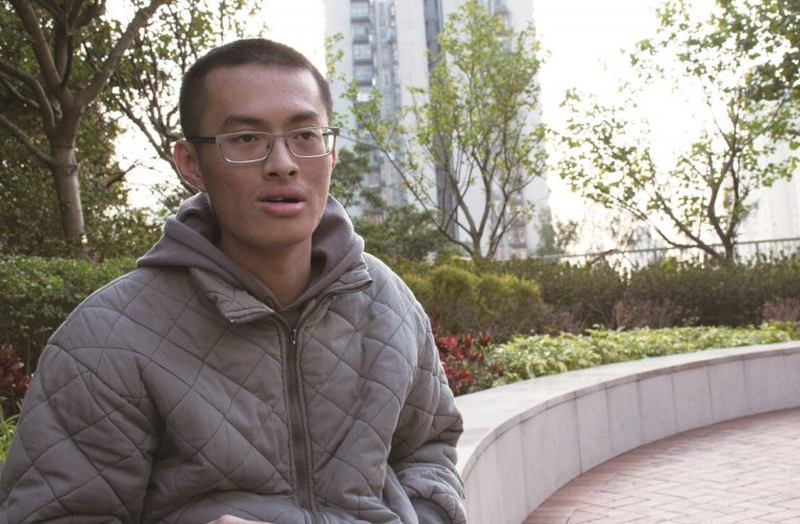 Although Tam is able to find group mates, the process is not easy or pleasant. He needs to pace himself for the various tasks to deal with his dyslexia. After years of training, he still cannot distinguish the letters “b” and “p”, always writes the strokes of Chinese characters incorrectly and repeats words in his writing, such as “He is is”. As he needs to start working earlier to complete the tasks, he ends up doing most of the work in his group. But Tam does not bother to complain because he knows he will never win in an argument.

Tam also finds it difficult to read text and perceives words to be floating. He has applied for enlargement of the text on his exam papers. Bigger font sizes and more spaces between the lines make it easier for him to read the text. He also receives supplemental examination time based on educational psychologists’ evaluations and his previous medical reports.

Tam says he appreciates HKU’s support. The university assigned a staff member to follow his case till graduation and provides customised support based on his secondary school support plan. The university also encouraged him to apply for the Sir Edward Youde Memorial Fellowship/ Scholarship for Disabled Students, which he was awarded last academic year.

Tam suggests there should be more financial assistance to students with SEN because they have a heavy financial burden due to the costs of medical treatment and psychological therapy. 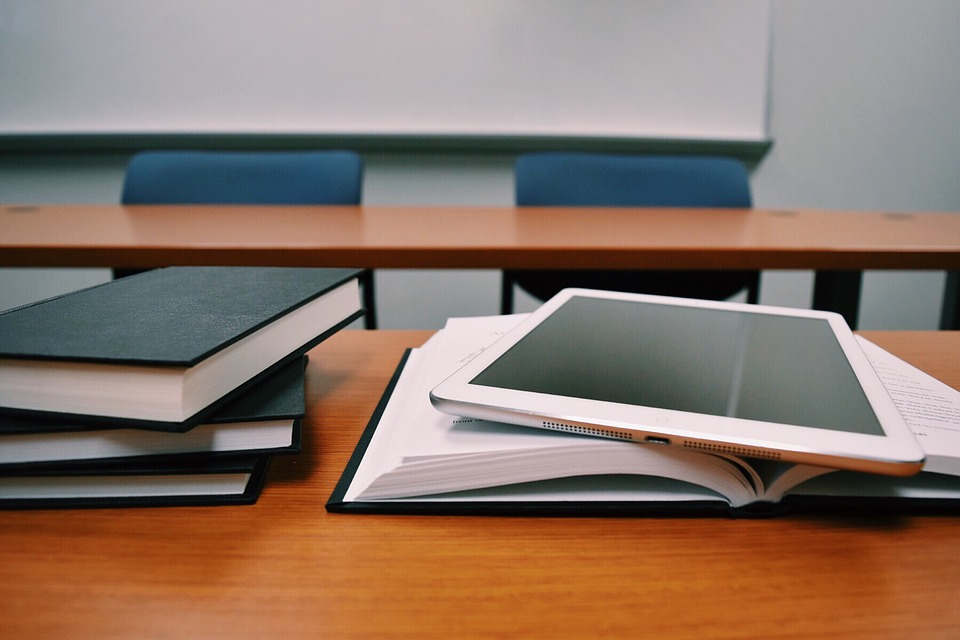 In fact, in 2013, the government injected HK$20 million into the Hong Kong Special Administrative Region Government Scholarship Fund and another HK$20 million into the Self-financing Post-secondary Education Fund (SPEF) to set up a scholarship to encourage tertiary SEN students to pursue excellence in academic and other areas. But only 16 per cent of students with SEN studying in UGC-funded programmes received the SAR scholarship fund and 22 per cent of SEN students received anything from the post-secondary education fund in the 2015/16 academic year.

Neither Kerry So nor Queenie Lau had heard of these government scholarships. This suggests tertiary institutions are not doing enough to actively promote the financial assistance available to students with SEN.

Unlike primary and secondary schools, the government has no defined policy on integrated education at tertiary level; ostensibly this is out of respect for the autonomy of the institutions. However, the Equal Opportunities Commission (EOC) points out the institutions may lack incentive and direction to support students with SEN without a clear policy.

As a lecturer at the Hong Kong Polytechnic University, legislator Fernando Cheung Chiu-hung says not many teachers are aware of the school policy on SEN. He thinks the Student Affairs Office and other departments need to have better communication in order to identify students with SEN more effectively and provide them with suitable services.

Cheung urges the Education Bureau and the UGC to set a baseline for post-secondary institutions to follow. He says the minimum requirements should include note-taking services, speech-to-text software for dyslexic students to take examinations, medical support, teaching and assessment method adjustments, and acceptance of sign language as basic language. As for the UGC’s 2015 one-off grant of HK$20 million for SEN support, the council requires the eight recipient institutions to submit an interim and final report. But after the scheme ends at the end of this academic year, the universities will have to use their block grant to continue providing services. They will be able to determine the spending and have no need to report to the UGC.

These measures would help students with SEN to better develop their potential. However, as Timothy Tam points out, they do not just need support at university.

“The symptoms still exist after going into universities and may even deteriorate due to the challenges of the new environment. At these vulnerable moments, [we] need more support from others,” Tam says. “Studying at the university is only a short phase, but the disabilities follow us lifelong.”

At college with learning disabilities: Students with special needs struggle for institutional support