John Tsang posted his post-election concession speech on his Facebook account in both English and Chinese on Sunday. However, quite a few sensitive and sensational remarks can only be found in the Chinese version, remaining untranslated in the English version.

Since his mother tongue is Chinese, it would be reasonable to speculate that Tsang had the ideas for the speech in Chinese first. With the help of metaphors or similes and references to classic Hong Kong movies, these Chinese remarks, to many a Hongkonger, could be interpreted as subtly suggesting the reason for, and implication of, Tsang’s defeat, satirizing Carrie Lam and C.Y. Leung, and expressing his own localist commitment to Hong Kong.

Fellow citizens,
Today, members of the Election Committee have made a decision for the people of Hong Kong. I accept this outcome, and offer my heartfelt congratulations to Carrie, our next Chief Executive, and I wish her every success.

I believe that Carrie, like myself, will also stand by the core values of Hong Kong. I wish to call upon all of you to lend her your full support, so that she and her government will be able to bring about a more harmonious future for a better Hong Kong.

I wish to thank all the EC members who have given me your nominations and those of you who have voted for me today. You have stood by me and the values that I stand for in the face of immense pressure. I am sorry that I have not been able to meet your expectation. I wish that you could all lend your support to the new Administration, and continue to stand by Trust, Hope and Unity, values that we all treasure.

I also wish to thank my companions in this election campaign – not only my family and my super campaign team, but also the volunteers who call themselves “small potatoes”, the thousands of citizens who have made generous donations to support my campaign, and all the unsung heroes behind the scene. Without you, this campaign would never have made the difference that we have been able to make in the past two months. I truly believe that what we have left behind is not just a legacy that will be forgotten, but genuine hope for a better future in Hong Kong.

To my 180,000 former colleagues in the civil service, I want to tell you that I am proud to have been part of this sterling service in the past 34 years. I am sure you will continue to give your very best in the most professional and dedicated way in serving Hong Kong in the years to come.

Fellow Citizens, words cannot tell how touched I have been by every handshake, every selfie and photo opportunity, every conversation, every quiet word and loud chant of encouragement, and every card, letter and facebook message that you gave me. You have been the single largest driving force that has helped me maintain my optimism in this campaign. In fact, you have made me a better person in the process.

Concerning his defeat, John Tsang compares it to a football match and dream, and advises against putting all hope in a single person.

“I once thought that I might be able to turn defeat into victory, just like that classic combat of Barcelona. However, in reality, even though a football team performs magnificently well, gains support of the audience and scores continuously, it may not necessarily win.”

This may remind many a Hongkonger of a most famous line uttered by in Stephen Chow’s (2001) Hong Kong movie, Shaolin Soccer, “The referee, assistant referee, football association, football union, are all my people. How on earth can you fight me?” As put by Nash Jenkins in Time: “The sad part is that all of this — the canvassing, the public affection, the polls that have Tsang leading in popularity by nearly 20% — is theater. The Hong Kong people…have no choice at all. Since 1997… the Chief Executive has been selected by a 1,200-member Election Committee dominated by establishment, pro-Beijing figures.”

Although “This [election] is entirely controlled by the Beijing government, it’s a selection, not an election,” says Nathan Law, a young pro-democracy legislator swept into office in the wake of 2014 street protests agitating for more open elections.

John Tsang also compares the election to a dream.

“In this election, all Hongkongers and me seem to have dreamt a dream, from which we finally wake up today. I am deeply convinced that this collective dream of us, a dream which makes Hong Kong more democratic, more inclusive, more prosperous, and in which, everyone can live better and more happily, has already concretely changed Hong Kong.” This could be interpreted as a Freudian slip of tongue or pen on the part of John Tsang, which insinuates that it is high time Hongkongers woke up from their dream of achieving democracy under the rule of Communist China.

Aside from football matches and dreams, yet another metaphor employed by John Tsang is dawn. Towards the end of his speech, John Tsang quotes the Bible: “ I have fought the good fight, I have finished the race, I have kept the faith.” In the Chinese version, he adds: “Today is the dusk of my civil servant career, but to Hong Kong, it is, I believe, dawn…”

This might remind quite a few locals of Po-Chih Leong’s (1984) Hong Kong war drama film, Hong Kong 1941, which depicts the predicament of three Hong Kong young people during Japan’s brutal occupation of Hong Kong in the 1940s, to which some activists of Hong Kong have likened China’s takeover of Hong Kong since 1997. 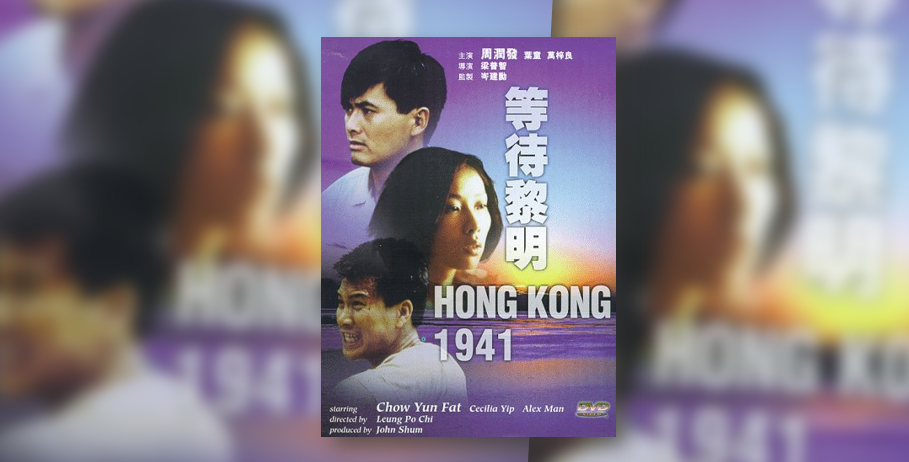 And in his concluding remarks about his defeat, John Tsang wisely advises against personal worship: “Whether I am John Tsang or not is not important. It is better to believe in every one of us than to place all hope in a single person.”

Those who have gone through all sorts of betrayals, treacheries, sellouts, in joining social movements in Hong Kong, like the author of this article, will particularly be moved by this piece of advice. “Ingratitude towards great men is the mark of a strong people,” says Winston Churchill.

Phrases like, “my city” and “this home” give a localist touch to John Tsang’s speech. In both the English and Chinese versions, he urges Hong Kong civil servants to work conscientiously with the new regime in serving Hong Kong. In the Chinese version, however, it is added, “to honour my city.” “Never give up Hong Kong. If this election is able to make us… feel our love for this home, I believe, our gain is already far more than our loss.”

Moreover, John Tsang again refers to Hong Kong film in calling upon Hong Kong people to fight unfailingly for their homeland. In the Chinese version, in thanking all those who have helped him in the election campaign, Tsang says: “With a breath, light a lamp; if one focuses on an idea persistently, there will definitely be resonance,” a golden quote from Wong Kar-wai (2013)’s famous Hong Kong kungfu movie, The Grandmaster”. “With these lights,” Tsang goes on, “I am sure we will light up Hong Kong’s future.” 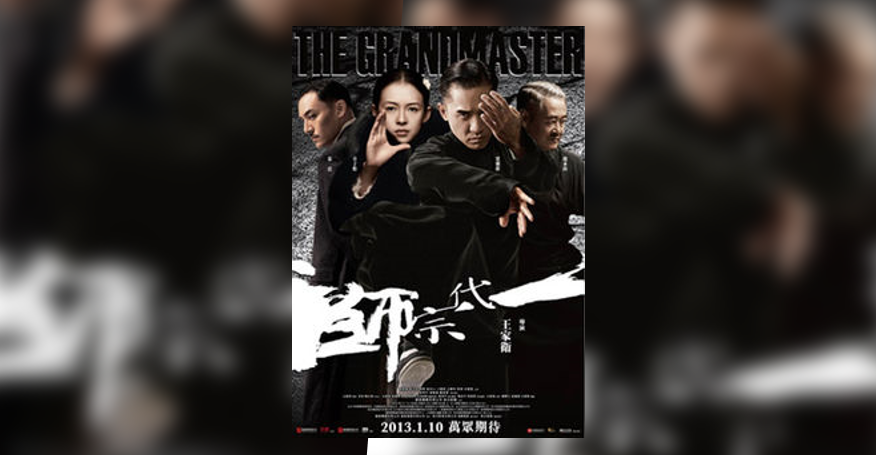 Concerning Carrie Lam, John Tsang remarks in the Chinese version of his speech: “Please give Carrie a chance and help her to fulfill the mission of Chief Executive…” This reminds one of many a Hong Kong drug addict’s typical saying to the police when caught red-handed, “Ah Sir, give me a chance.”

This is a pretty clear insinuation about Carrie Lam’s attribution of Tsang’s popularity on social media to the more savvy approach of his assistant Julian Law Wing-chung and the half-joking remark that she would consider hiring Law if she succeeded in becoming the next Chief Executive. On that occasion, i.e. the Election TV debate held on March 16, John shot back at Lam, saying: “You can’t buy him, my team is something money can’t buy.” Concerning the current Chief Executive, C. Y. Leung, John Tsang calls upon “all of you to receive the coming five years with a tolerant attitude, for we must work together to make up for the five years that we have lost.” To some, this seems to suggest the unpopular Chief Executive, C.Y. Leung, during his five-year term of office, has wasted five years for Hongkongers’.

Admittedly, certain sensational details that appear only in the Chinese version, may be omitted mainly because they would not be so interesting to Western readers. For example, in the English version as in the Chinese one, John Tsang expresses his gratitude to those Hongkongers that have demonstrated their support for him during the election: “Fellow Citizens, words cannot tell how touched I have been by every handshake, every selfie and photo opportunity, every conversation, every quiet word and loud chant of encouragement, and every card, letter and Facebook message that you gave me.”

In the Chinese version, four concrete individual examples are added, probably to render the gratitude more sincere and persuasive, e.g., “I will never forget the day when a gentleman took a taxi and flied from Tuen Mun to Mei Foo, in order to encourage me face to face,” and “In Edinburgh Place, thousands of citizens knitted an ocean with the light of their mobile phones and sent the most sincere wishes for a united Hong Kong.”

Chapman Chen has a Ph.D. in Sinology and is a translation scholar, green activist, and a political commentator. He founded Local Press in 2014.

Dr. Chapman Chen has a Ph.D. in Sinology an is the founder of Dr. Cantonese. He is a translator, a linguist, and a green, vegan activist. Chen has 30 years of professional experience in interpreting and translation, taught at universities for a decade.