Hong Kong’s mostly pro-Beijing print media have welcomed Carrie Lam’s victory in Sunday’s small-circle chief executive election, in which she was voted in by a small circle of 777 electors. While the pro-Beijing media mostly emphasised her pledge to create unity in Hong Kong, the pro-democracy Apple Daily noted her low popularity ratings. 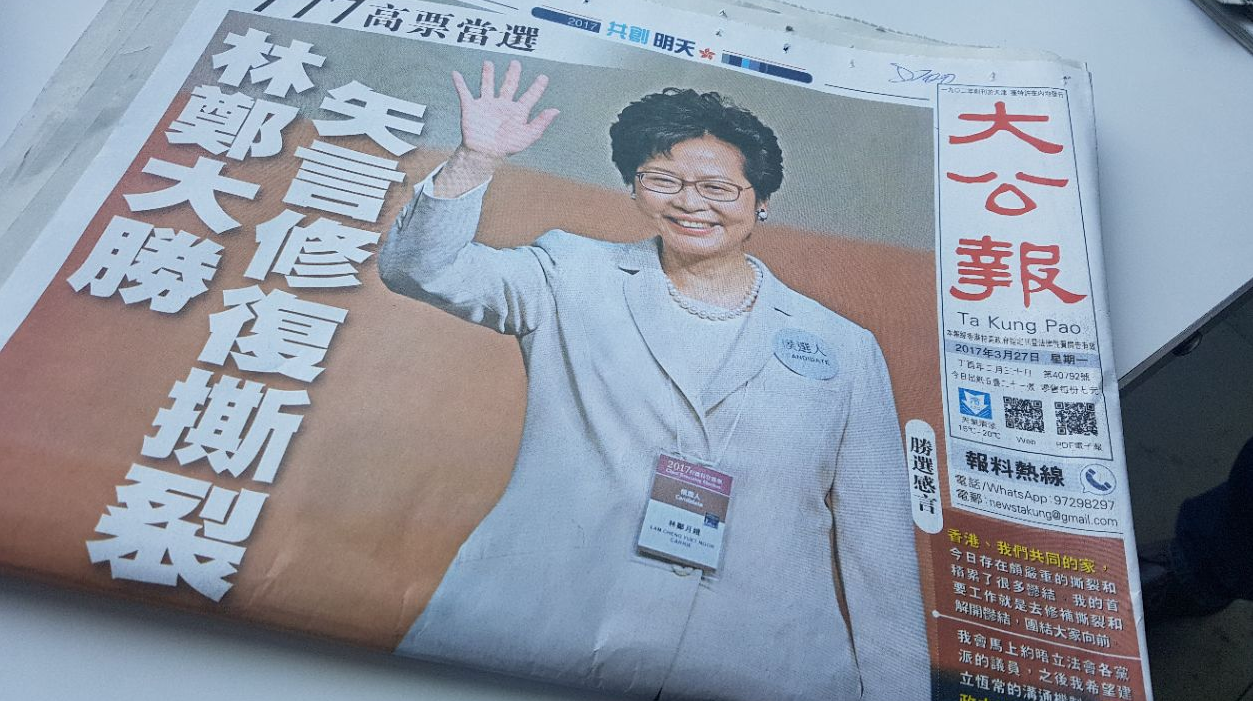 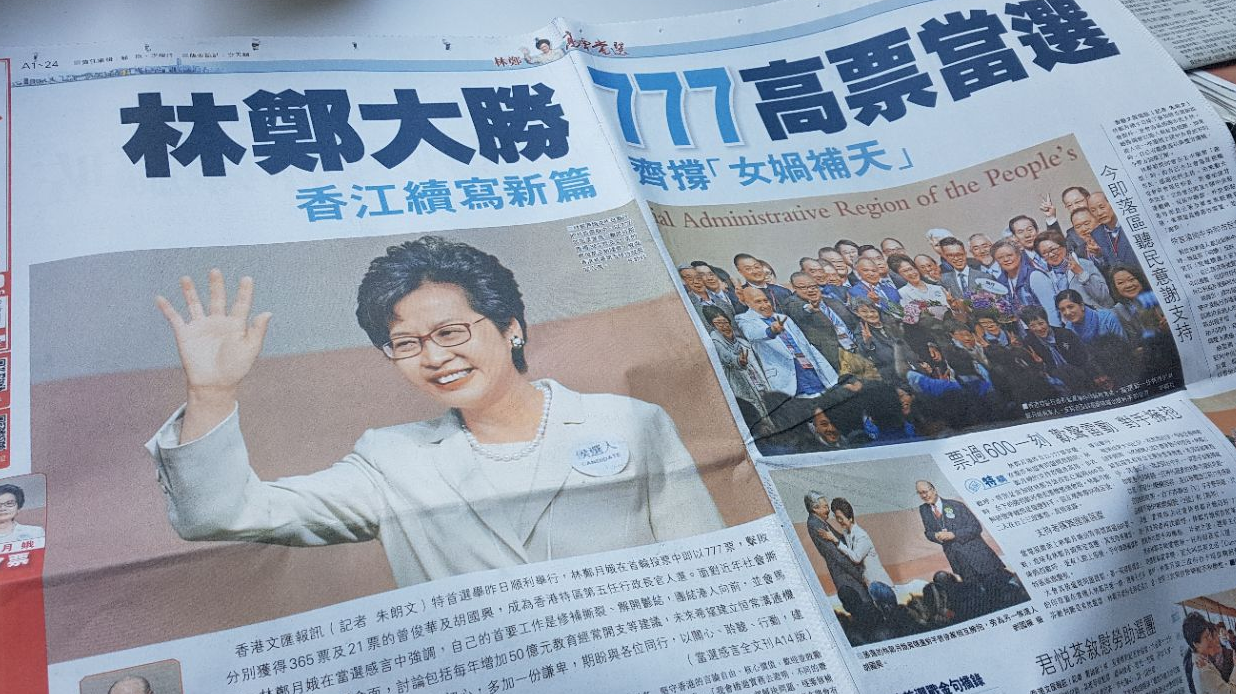 At a press conference last week, Hong Kong’s richest man Li Ka-shing had said that he hoped the city’s new leader would follow the example of “Nüwa holding up the sky” – a mythical goddess that was said to have created mankind. Some believed that this reference was an allusion to his support for Carrie Lam, as the two other candidates on Sunday were male. 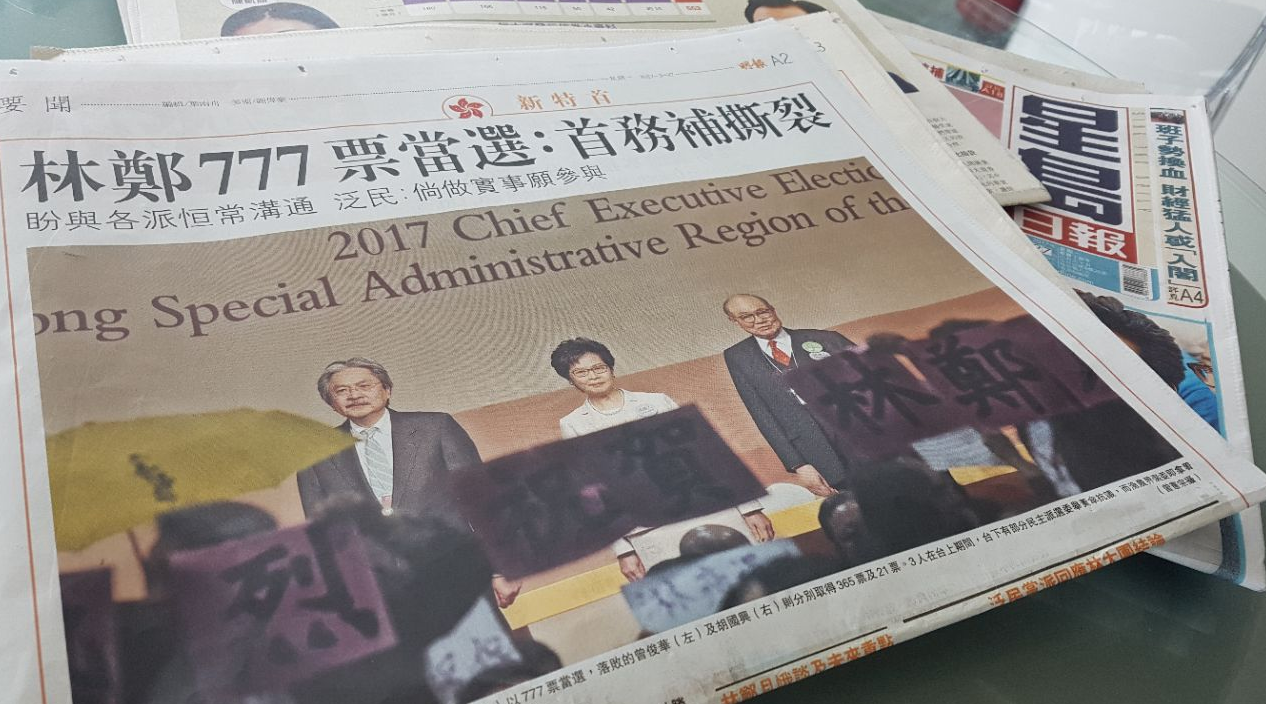 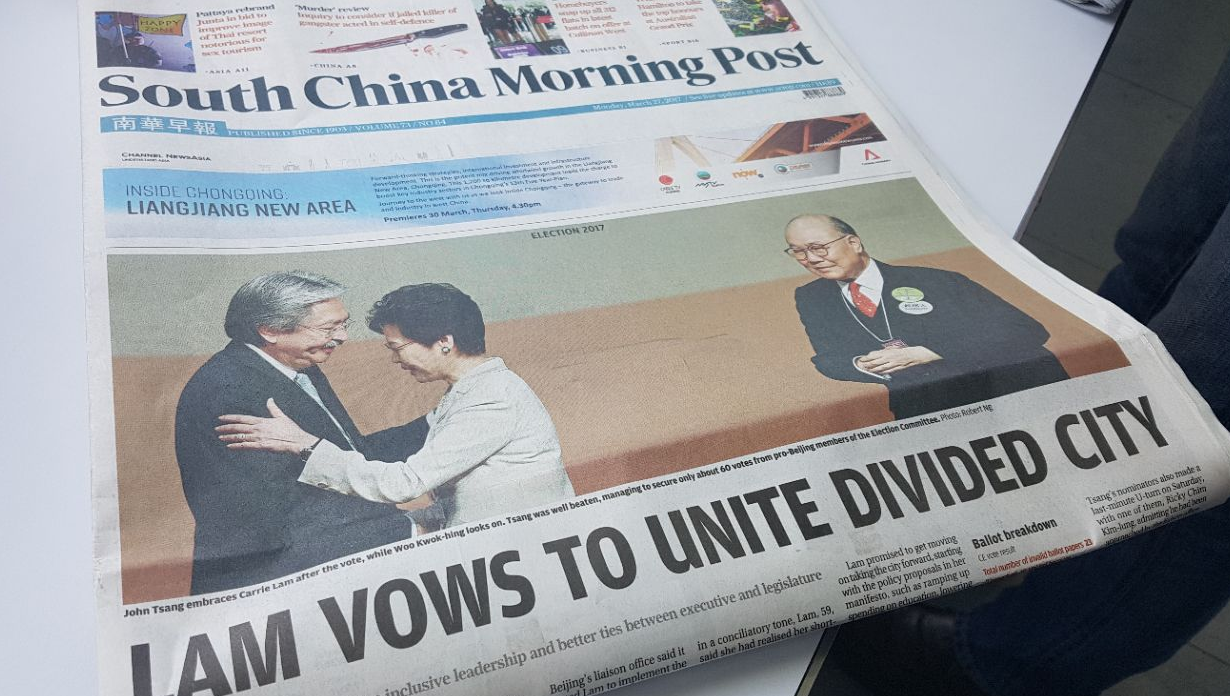 Apple Daily – The chief executive-elect with the lowest popularity in history: Carrie Lam wins with 777 votes 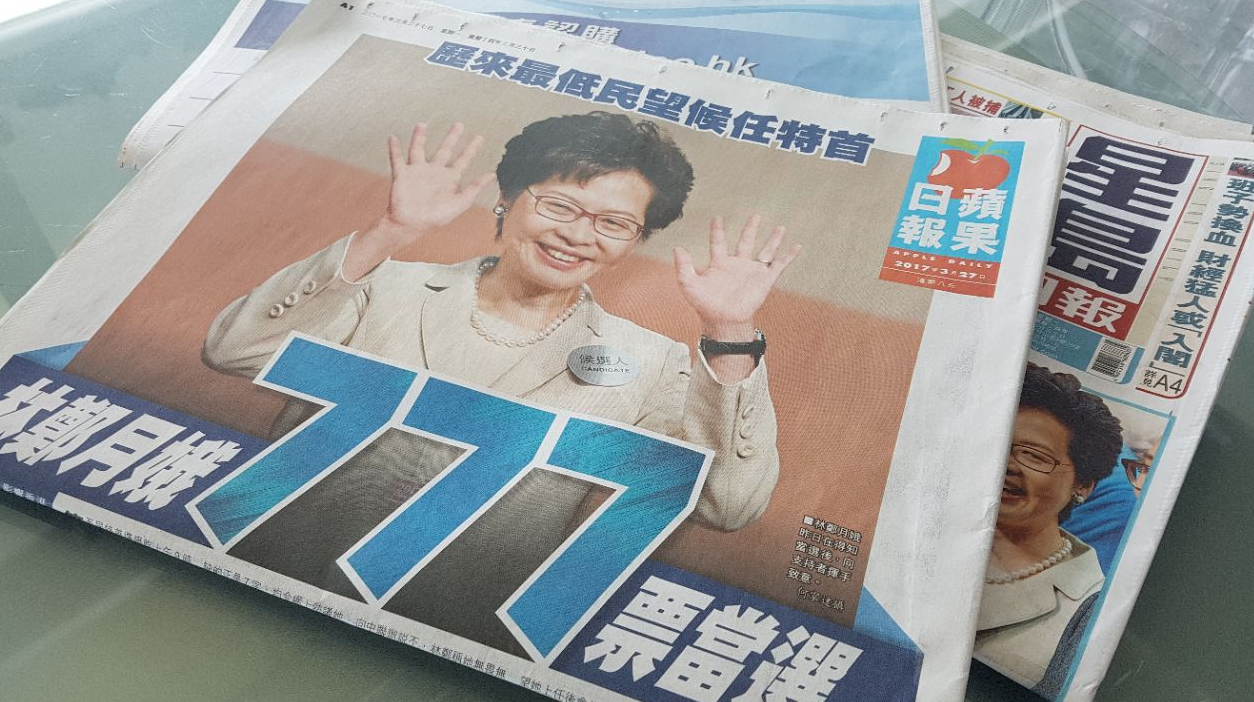 Sing Pao – Carrie Lam won the election, but not the hearts of the people: Hong Kong cannot lose, it must strive for the dream of unity 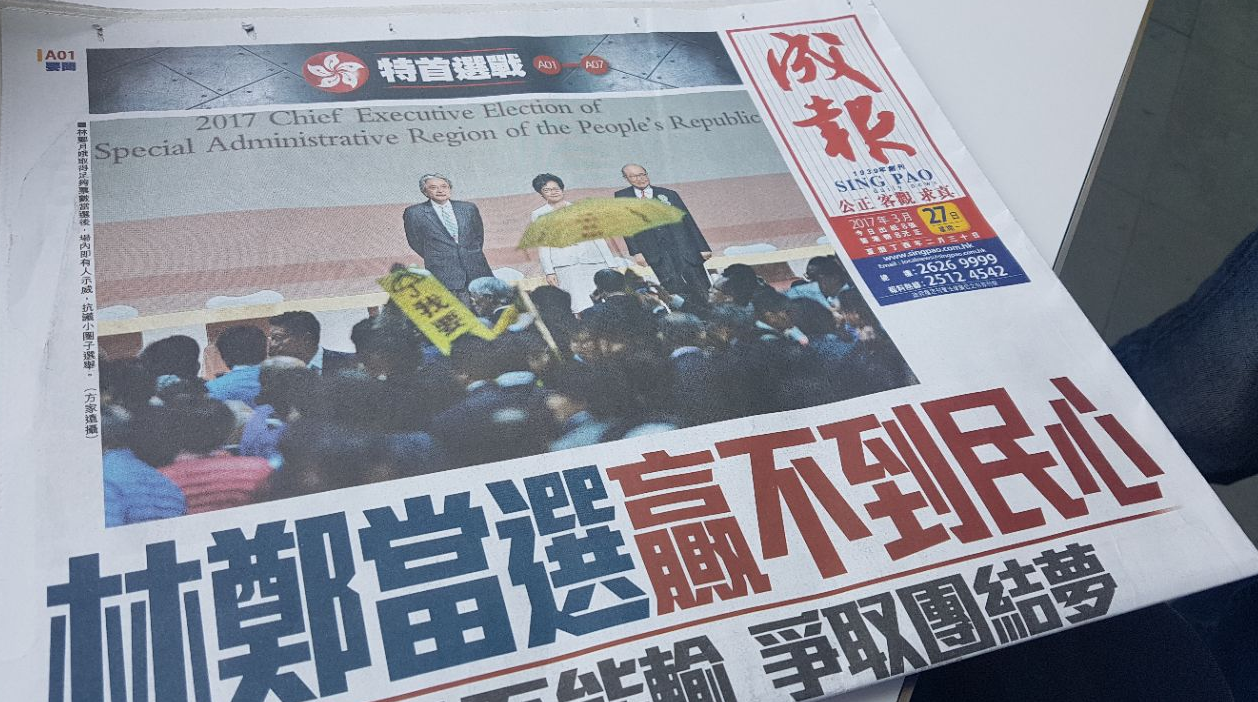