Sitting cross-legged on the floor, 25-year-old Jamalida Begum tells me what happened in the days after her husband was shot dead in the village of Pyaung Pyaik, north-western Myanmar.

Jamalida fled with her two children and watched from a distance as the army set houses in the village on fire. Satellite images confirm that at least 85 buildings were destroyed.

Five days later she returned with some of her neighbours to find her belongings and home destroyed. They sheltered together in one of the few homes that had survived – but at dawn the next day the soldiers came back.

“They chose 30 women. Half were young girls aged between 12 and 15,” says Jamalida to the BBC Our World Team.

The soldiers took them to the village school.

“Then they chose four from among the 30,” Jamalida says.

“It was me and three teenage girls. Then we were separated. The army took me to the east of the school near the pond. Another seven soldiers took the other three girls to the hill to the south of the school.

“They shouted at me to open my shirt and my thami (wrap-around skirt). When I refused they started beating me, grabbed my clothes and pushed me to the ground. Three soldiers raped and tortured me for an hour. Blood came out of my lower part and my legs got cramped. They punched me into the eyes saying I was staring at them. It turned my eyes red like fire coal. They left me bleeding and drove away in their Jeeps.”

The soldiers were sent into northern Rakhine state to conduct “clearance operations” after militants from Jamalida’s ethnic group, the Rohingya, launched an attack on three Burmese police posts on 9 October last year – killing nine officers and seizing guns and ammunition.

Who are the Rohingya?

A wave of reports of human rights abuses followed, including scores of allegations of rape.

For weeks Myanmar’s human rights icon turned leader, Aung San Suu Kyi, denied the allegations, insisting soldiers were adhering to the law, while at the same time refusing to allow independent journalists or observers to access the area.

But as the outcry grew she set up an investigation team, and on 11 December it reached Pyaung Pyaik. Though initially reluctant, Jamalida was persuaded to speak by the only woman on the team, Dr Thet Thet Zin, the chairman of Myanmar’s Women’s Affairs Federation.

“She said we won’t harm you, bring us the raped and tortured women,” Jamalida says. “So I went there and told her everything and they recorded it.”

Jamalida’s interaction with the investigation team was filmed and several minutes of it broadcast on television. It is extraordinary footage, not just because of the way Jamalida is browbeaten by the translators, but because the Burmese state broadcaster didn’t translate what Jamalida is saying to the investigators in the Rohingya language.

Once fully translated, it’s clear that Jamalida is describing strong circumstantial evidence that rape has taken place. She tells them she saw three young Rohingya women being taken off into the bushes by soldiers.

“Did you see if those women were raped or not?” the translator asks.

“I did not,” Jamalida replies.

“So, it isn’t true,” the translator fires back.

“Yes and no,” Jamalida says. “They were bleeding directly from here”. She points between her legs.

The translator tells the investigators that Jamalida did not see the women being raped. 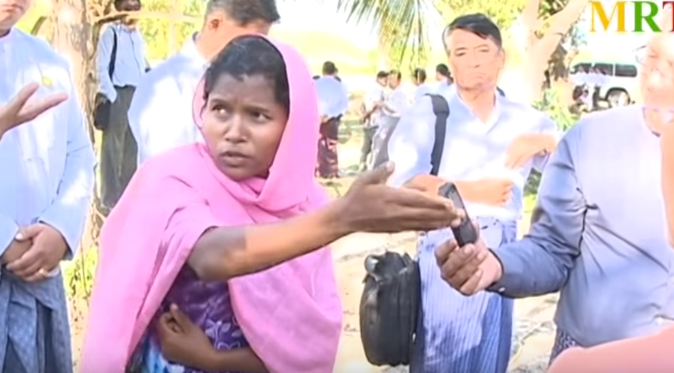 Jamalida is also asked directly whether she herself was raped. She tells the investigators that soldiers took her away, stripped her naked and molested her, but says it was “hands only” and not rape.

The translator says: “She wasn’t raped.”

Ten days later Jamalida is filmed again. This time, a group of handpicked journalists have been brought by the government to Pyaung Pyaik.

Initially none of the Rohingya want to speak to them so someone goes to get Jamalida. She tells the journalists the same story of army abuse again, except this time it changes and she says she was raped.

This discrepancy, between being stripped and molested and being raped, was immediately seized on by Aung San Suu Kyi’s office, which was at the time running an aggressive campaign rubbishing foreign and social media reports of atrocities in Rakhine State as “fake news”.

Jamalida’s face was suddenly on Burmese television and state media once again, now paraded as a liar.

So what’s the truth? When I speak to Jamalida her testimony is detailed and convincing. It matches what she told the journalists and what she said to the investigators apart from that one detail. I believe her when she says she was raped.

I ask Jamalida about the difference in her accounts 10 days apart. She insists that she did tell the government investigators she was raped but that one of the translators was shouting and threatening to beat her. If she did tell the investigators this, it’s possible Burmese TV chose not to broadcast this part of her testimony.

“I know they told everyone we weren’t raped, tortured or anything,” says Jamalida. “We do not have justice in our own country.”

The promise made by Thet Thet Zin that no-one would face reprisals for speaking out, turned out to be hollow.

When soldiers came looking for her, she fled to a different village. Then, after speaking to the journalists, she realised it was not safe even there.

“The military were searching for me by getting all the women together in the yard and then showing them my picture,” says Jamalida. “I was so scared I hid in the jungle.” 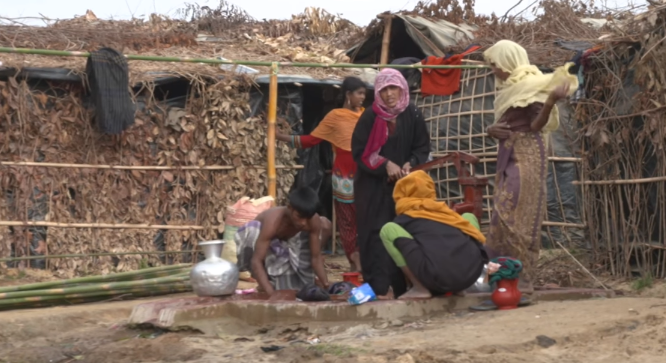 Unable to take it any longer, the young widow fled across the River Naf into Bangladesh – one of more than 70,000 Rohingya to have arrived in the last few months.

I spoke to Thet Thet Zin on the phone. She said that although she couldn’t remember meeting Jamalida, the soldiers must have been searching for her to protect rather than harass her. She added that she had seen no conclusive evidence of rape and that she doubted it had happened, as it went against Buddhist culture and tradition. (While the Rohingya are Muslim, most of Myanmar’s soldiers are Buddhist.)

Bangladesh is now the best place to go to learn what is happening in northern Rakhine state, which is closed to journalists. Even the UN’s special rapporteur for human rights in Myanmar, Yanghee Lee, has had very limited access.

“I didn’t think that I would say this out loud, that it’s crimes against humanity,” she says, when we meet in the airport at Cox’s Bazaar.

“I think that the military needs to bear [responsibility] but at the end of the day it is the civilian government that has to answer and respond to these massive cases of horrific torture and very inhumane crimes that they have committed against their own people.”

On Monday Yanghee Lee will urge the UN Human Rights Council to set up a Commission of Inquiry to investigate the abuses against the Rohingya. 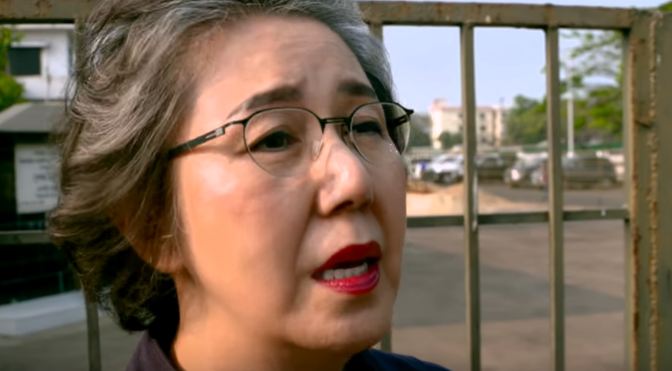 As dusk began to fall at the Kutupalong refugee camp, where I met Jamalida Begum, I ask her what she thinks of Aung San Suu Kyi.

“She is doing nothing at all for us,” she says. “If she was good, we wouldn’t have to suffer so much in that country. Since she is in power Myanmar is hell for us.”

Suu Kyi’s power to stop the army abuses is limited, under the terms of the constitution drafted by the military. The spokesman for her party told me the UN claims were “an exaggeration” and the Rohingya issue was “an internal affair”.

But Aung San Suu Kyi hasn’t been to northern Rakhine State, and has never visited a Rohingya camp. In short, Myanmar’s Nobel peace prize winner has given no indication to the Rohingya that she really cares.

Jonah Fisher’s report was a joint investigation by BBC World News Our World and Newsnight.

Myanmar's Rohingya - hounded and ridiculed for complaining of rape