Secretary for Education Eddie Ng Hak-kim has said he will retire after his term ends in June.

In the latest poll by the University of Hong Kong’s public opinion programme earlier this month, 14.9 per cent of respondents said he should stay in the role, whilst 62.9 per cent said he should be dismissed – much higher than any other official.

“You see, my hair has all turned white. I should be retiring. After these five years, my goal is to retire,” Ng said on a Commercial Radio programme on Sunday. 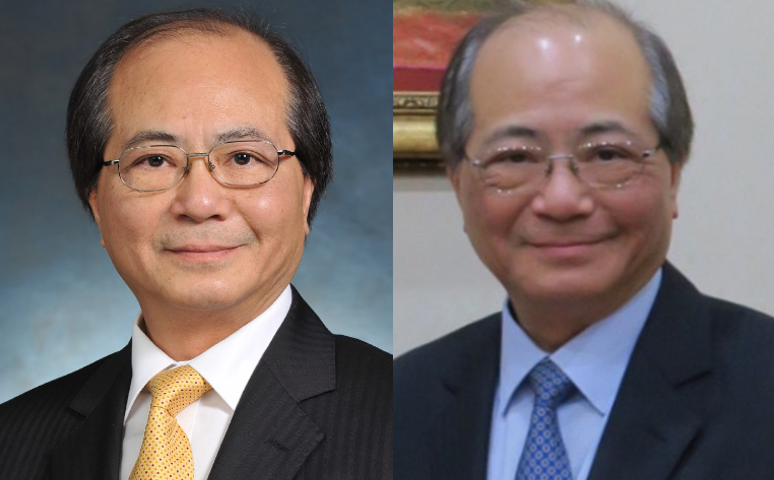 Eddie Ng when he was appointed, and a week ago. Photo: Apple Daily/Gov HK.

While he already had grey hair last week, his hair had turned significantly whiter by Sunday.

Ng’s tenure began with a bang in 2012 as students and parents demonstrated against plans to roll out a new national education curriculum, criticising it as “brainwashing.”

“Many people blamed me for forcing [national education]. I did not force it, it has been implemented for many years,” he said. “Certain factors, maybe because of the election, caused such a large reaction.”

“The Moral and National Education is necessary. Many say it is necessary even nowadays. We shelved the subject, but it was cancelled.”

In the recent years, he was embroiled in the controversy surrounding around the TSA tests, whereby primary school students were required to partake in countless homework drills. There was also a wave of suicides among students. He was widely criticised for not attending a hearing on TSAs at the Legislative Council as he travelled to Japan with his family. But after his partner passed away, Ng explained that his wife’s condition had been worsening as her cancer relapsed, and he had long-promised the trip to Japan.

Ng also missed part of another public hearing on student suicides as he left early for another event: “I will have to take some rest and spend more time with my family, as well as read 30 books a month,” Ng said.

He was promptly ridiculed over the claim, though he later explained that the figure included magazines and booklets. Joshua Wong, former convener of student group Scholarism which led the protest against national education curriculum, said: “It should be celebrated that such a low quality education bureaucrat is kicked out.”

He said the successor to Ng should promise that there will be no more national education or any form of “brainwashing” education, before the new term starts this July.

He added that Ng did not resolve the issue of student suicide as they faced more and more pressure and anxiety under the existing system. He urged Ng to push forward practical policies in his remaining term.

I will retire after end of term, says unpopular Education Secretary Eddie Ng