A Hong Kong man charged with bestiality over alleged sex with a stray dog was released on bail on Friday, before being filmed hitting a reporter outside court.

The 58-year-old construction worker was arrested on Thursday, in relation to an alleged act of bestiality that took place earlier this month near Lantau Island’s Wong Lung Hang area. The hearing will take place on April 7. Apple Daily reported that on February 1, a villager spotted a suspicious figure allegedly luring a canine with food onto a hill. Several hours later, the dog emerged with injuries to its lower body. An examination by a vet detected suspected human semen.

On Friday, the man was brought to the West Kowloon Magistrates’ Court, where the hearing was adjourned awaiting the results of DNA testing.

The man was released on HK$2,500 bail, on the condition that he does not come into contact with dogs, does not enter within 1 kilometre of the Wong Lung Hang area, and does not leave Hong Kong. 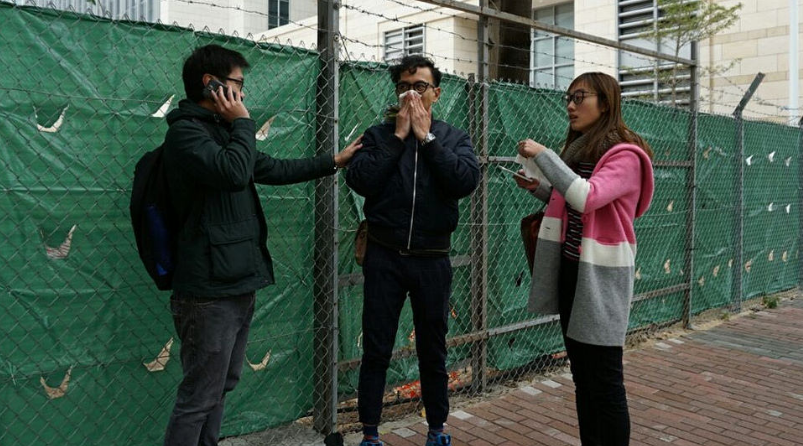 The maximum penalty for bestiality is a fine of HK$50,000 and ten-years behind bars.

Having left the magistrates’ court, the man was hounded by journalists. He was filmed hitting an Apple Daily reporter before running away.

The defendant was filmed appearing to hit a reporter. Photo: Apple Daily screenshots.

He was then apprehended by the police again.

Earlier, InMedia reported that clinic operator Non-Profit Making Veterinary Services Society demonstrated outside the court. It said the incident was a case of animal abuse, and called for the establishment of an animal police force – a police department that would specifically investigate animal abuse.