There were six cases of safety incidents involving “loss of separation” last month because Hong Kong’s new air traffic management system (ATMS) did not operate correctly, according to informed sources from the Civil Aviation Department (CAD).

Five of the cases occurred during the peak-time Lunar New Year holidays, and none were made known to the public. The CAD instead emphasized that the system had “set new records” and performed outstandingly during January. Separation is the concept of keeping an aircraft a minimum distance from others to reduce the risk of collisions and wake turbulence. The ATMS should have raised a “predictive conflict alert”, followed by a “conflict alert”, but failed to do so. Experienced air traffic controllers said their frequency was “rare” and “unacceptable”. Under the old AT1 system, a maximum of eight to ten cases of “loss of separation” would occur in a year, front-line air traffic controllers told FactWire. The CAD dealt with cases carefully, categorizing their severity as “mild”, “attention-worthy” or “severe”. Safety reports or independent investigations would follow, they said.

“While it is far too many to have six cases of loss of separation within a month, the frequency is rare and it violates the principle of safety first. The authorities must not accept this,” one source said. The conflict alert system is a mandatory safety net of the ATMS. Based on information such as the climate and speed and flight path of the aircraft, the system calculates the probability of loss of separation, and alerts aircrafts if necessary. The system issues a conflict alert when there is a loss of separation, and a red, audible sign appears on the monitoring screen, the air traffic controllers said. A predictive conflict alert is issued at least 60 seconds before the conflict alert, when a yellow, audible sign appears. The aim is to allow time for CAD staff to instruct pilots to adjust flight paths and avoid a potential collision.

The six “loss of separation” incidents occurred on January 13, 19, 24, 26, 27 and 30. Peak traffic flow for Lunar New Year is January 19-30. FactWire confirmed five out of six incidents by tracking the flight paths of the aircrafts involved on a monitoring platform that shows live air traffic using round-the-clock satellite and radar data. The incident on January 19 remained unconfirmed due to technical limitations. The aircrafts involved in the five confirmed incidents failed to maintain a horizontal and vertical distance of at least 5NM and 1,000ft respectively, violating the standards of the International Civil Aviation Organization.

The sources said the ATMS was unreliable on the need for, and the timing of, predictive conflict alerts. This was the main cause of the six “loss of separation” safety incidents. The problem was severe, they said, since the air traffic control staff were only able to react shortly after the issue of conflict alert, which was “too late” because the separation between aircrafts was already infringed and below the ICAO standards. CAD management allegedly told staff that the six incidents showed that they were not making good enough use of the ATMS tools and paid no attention to the speed change and catch-up situation of the aircrafts. Staff alleged that the management had turned a blind eye to their concerns that the system frequently issued false alarms because it detected “ghost targets” (non-existent aircrafts, or mistakes in radar detection of aircraft’s position or altitude) and “split tracks” (an aircraft with two flight paths). As a result, some staff had lost confidence in the ATMS and were more likely to dismiss a predictive conflict alert, believing it to be just a false alarm.

The six incidents are not public knowledge. During a Commercial Radio interview on January 31, Deputy Director-General of Civil Aviation Kevin Choi did not give a direct response when asked twice on whether problems such as “ghost targets” and “split tracks” had occurred during the Lunar New Year holidays.

Choi emphasized instead that results of the overall testing of the ATMS showed no problems, and quoted feedback from air traffic control staff associations and airlines associations stating that the system had operated smoothly. The CAD issued a press release on February 1, saying: “Between January 19 and 29, the CAD handled over 2,000 daily flight movements for 11 consecutive days which is the best proof of the outstanding performance of the air traffic control staff and new ATMS in the face of persistently high demand for services.”

It further states that the CAD “will continue to closely monitor the performance of the new ATMS and expedite the system optimisation work”. The press release does not mention the six “loss of separation” safety incidents. 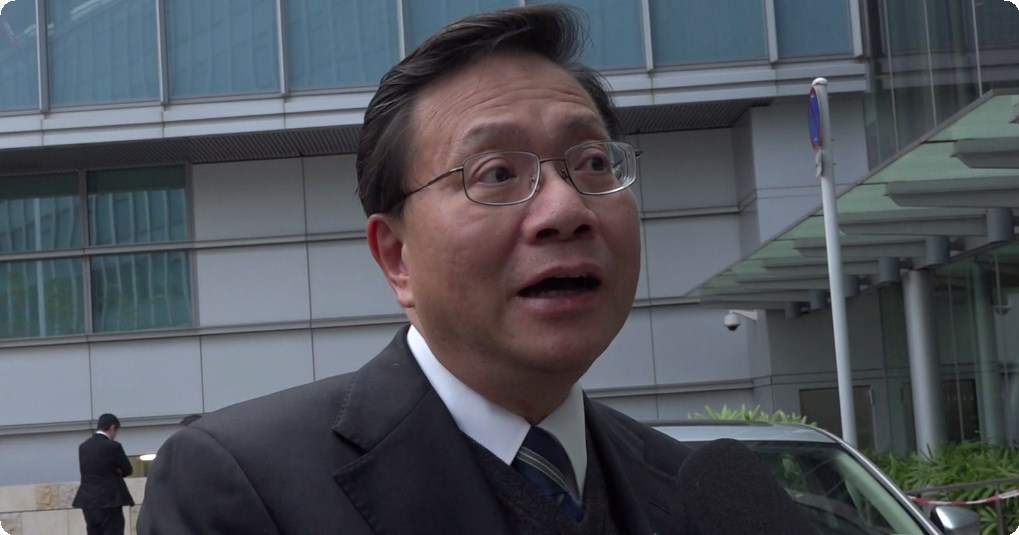 Secretary for Transport and Housing Anthony Cheung Bing-leung visited the CAD headquarters to check out the new Air Traffic Control Centre and Control Tower at the Hong Kong International Airport yesterday (7 February) and learn about the operations of the ATMS. Cheung was accompanied by Director-General of Civil Aviation Simon Li Tin-chui and the two Deputy Director-Generals Victor Liu Chi-yung and Kevin Choi. FactWire reporters asked Cheung upon his departure whether the ATMS operated smoothly during the Lunar New Year holidays. Cheung replied that “the staff said it was fine, because it was the peak air traffic flow, and there were 2,000 daily flights per day including the ones passing the borders. They were handled smoothly.”

When asked about whether problems such as “ghost target”, disappearance of aircrafts and loss of separation occurred, Cheung replied that “usually when problems arise during what we call the integration period, those problems are foreseeable. There used to be some (problems) during the launch of the ATMS, but recently they were reduced, and some still have to be dealt with. (Do you mean that problems did not arise during the Lunar New Year holidays?) The problems commonly found during the integration period still exist, but those are not big problems and can be dealt with.” The CAD issued a press release yesterday evening (February 7), saying: “The Director-General of Civil Aviation told Professor Cheung that the Expert Panel set up by the CAD had evaluated the various teething issues encountered during the initial stage of the new ATMS’ full commissioning, and agreed that they did not undermine aviation safety nor affect the operations of the new ATMS.”

FactWire made written enquiries to the CAD this morning:

US-based Raytheon was awarded the HK$480 million ATMS contract in February 2011. A report released by the Audit Commission in October 2014 showed that there was a delay in implementation, and that there were two contract variations totalling HK$89 million. The ATMS, known as AT3, was delayed for almost four years. Since its launch on November 14 last year, there have been multiple incidents of system “failure”, disappearances of aircrafts on screens, radar detection of “ghost targets” and “split tracks”.