China will attend an organ trafficking summit at the Vatican for the first time Tuesday, local media said, as Beijing tries to persuade the world it is no longer using executed prisoners as donors.

Former vice health minister Huang Jiefu has been invited to the conference as the Holy See bids to improve relations with the Asian giant, long stalled over conflicts about who should control the Catholic church in China. Beijing issued its first regulation banning the trade of organs in 2007, but trafficking remains common as the country suffers a drastic shortage of donated body parts.

The practice of using executed prisoners’ organs for transplants was also banned in 2015, but some international medical groups suspect prisoners may be reclassified as voluntary donors to get around the rules.

Huang previously admitted that China did use the organs of convicts for transplants before the country had a public donation system in 2010, but has since insisted this is no longer the case.

“This is the first time that China is invited to a summit on organ transplanting held by an authoritative international organisation,” Huang was quoted by the Global Times as saying on Monday. 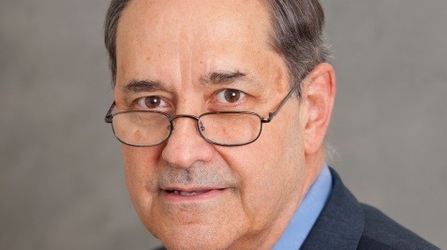 Francis Delmonico, a surgeon and academician of the Pontifical Academy of Sciences, told the paper the Vatican’s invitation was because Beijing had shown greater willingness to follow World Health Organization (WHO) guidelines on organ donation.

But there remains scepticism about China’s commitment to halting the use of prisoner organs.

Maya Wang, a researcher for Human Rights Watch in Asia, told AFP that a lack of transparency surrounding executions makes it impossible to verify the government’s claims.

“We hope that the participation of [Huang] does not amount to a coming out party just because they have made these positive initial steps,” Wang said. China’s ratio of public organ donations is 0.6 to 100,000 people, one of the lowest in the world, Huang told a meeting in 2014 according to the Global Times.

Some patients are reluctant to donate because they fear hospitals will prioritise obtaining their organs over ensuring their recovery, according to Wang.

Earlier this month, 16 people, including two surgeons, were given prison sentences of up to five years for involvement in a vast illegal trade in kidneys, the official Xinhua news agency said.

China’s invitation to the conference comes as Beijing and the Vatican seek to boost relations as the Chinese Catholic population grows.

The two powers have not had diplomatic ties since 1951 and remain at odds over which side has the authority to appoint senior clergy.

Chinese Foreign Ministry spokesman Lu Kang said at a regular press briefing Tuesday that the summit is not related to the development Chinese-Vatican relations.

He noted, however, that China has made “relentless efforts” to strengthen ties with the Vatican.