After just two weeks in the Oval Office, Donald Trump, as expected, has already stirred up quite a bit of controversy. Of all the Executive Orders he signed, the border wall and travel ban are definitely among the most widely-debated.

Since the Syrian Civil War began, refugees (and immigrants) have troubled most Western countries. Racial integration is no longer just a topic for moral discussion. It has become a question of livelihood. If the fall of the Berlin Wall marked the beginning of global unity, the 2015 refugee crisis probably put an end to it. With an ever-rising right-wing movement, the two countries that have led the world in the past 200 years both decided, in a democratic process, to change course and embrace protectionism, both economically and culturally.

Integration, or diversity, has always been a matter of values. There is no right or wrong. It is, at the end of the day, just a trade-off – a trade-off between living space and a sense of righteousness, a trade-off between job opportunities and foreign skilled labour, or a trade-off between cultural conflict and cheap labour. No magic formula can give us the right number of immigrants to take in. Different people value different things.

No matter how much you hate him, Trump, as the leader elected by the people, has all the rights to lead the country in a different direction. What he has done wrong lies not in his stance, but the way he turns it into actions, and the way he undermines democracy in the process. Even if you support tightening immigration control, his wrongdoings must be recognized and acknowledged:

Oversimplifying problems on purpose in order to strengthen personal support

The idea of building a border wall was mentioned numerous times early in his campaign. Anyone with the slightest bit of public administration experience (or common sense) would know how ineffective a wall is in stopping people from crossing the border. 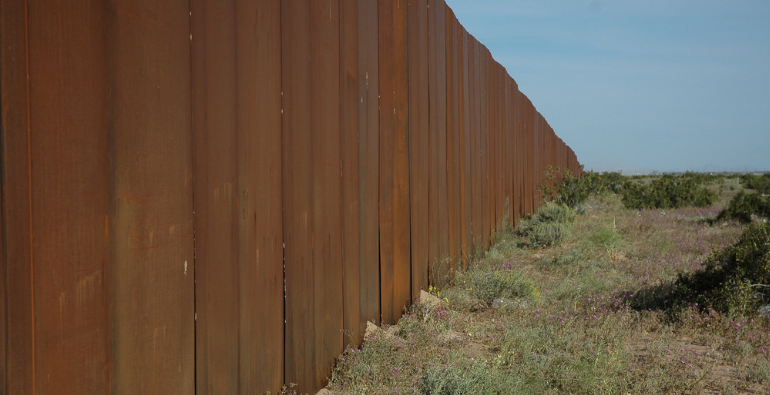 Even if there are guards at every point along the 3,200km border, it still wouldn’t work, because most illegal immigrants enter the country legally on visas – they just don’t leave after their permit has expired.

I don’t agree with the way sanctuary cities harbor illegal immigrants, and a country certainly has the right to issue fewer visas, but even if we take into account the synergistic effect, the cost of the wall still far outweighs its benefits.

The threat of imposing a 20% tariff on Mexican imports is obviously just a negotiation tactic – it would affect Americans just as much if implemented. Trump is not a dumb person. He knows how to do the math. The only reason he did this was to keep the irrationalism going, in order to strengthen support for himself.

Overreacting with extreme measures that will only push Muslims away

It is okay to tighten border controls, but the rash decision on banning travelers from seven Muslim countries is definitely too much. If a state declares war on your country with majority support from its people (e.g. Japan during WWII), it is probably fine to take such extreme measures. However, terrorist groups only represent a tiny fraction of the population in any country today, not to mention that 82% of terrorist attacks since 2001 were committed by America’s own citizens or residents. Apparently, the travel ban is just another way of making his supporters feel good without much actual effect in improving national security.

Of course, it is better to be safe than sorry, but we still have to consider the costs of being that “safe”. Although the ban has been suspended, people who were detained or were almost unable to enter the country include an Iraqi man who risked his life working for the U.S. government, two Iranian professors teaching at U.S. universities, and an Oscar-nominated Iranian director.

Imposing such a ban without careful planning will not only cause trouble for Americans themselves, but will also push more people towards terrorism.

Trump was elected under a system designed to protect the rights of the minority (of course, he might well have won the popular vote if the rules were different). Ironically, he is also the one who cared least about the “minority” that lost the election.

If he won by a landslide, we can still call it the choice of “most Americans”. But the fact is he only won by a tiny margin. He can’t expect to force 100% of his will on the nation with just 46% of the votes (or even with 57% of the electoral votes). As a businessman, Trump thought he could Make America Great Again just by running the country the way he runs a business. What he doesn’t know is that the American political system has always been designed to sacrifice efficiency for stability, and to prevent dictatorship through the decentralization of power.

Any legislation that fails to get the support of most people can easily be repealed or obstructed. Making fundamental changes, such as racial desegregation and giving women voting rights, have always taken an extremely long time.

This is also why there remain so many controversial issues yet to be resolved, such as gun control or abortion. He needs to learn that winning one election doesn’t mean he can do anything he likes.

It is true that past Presidents have also used Executive Orders as a tool to fulfill campaign promises. Obama himself issued 13 Executive Orders in his first week in office, just one short of Trump’s. Trump’s orders, however, were much more controversial. By using his executive powers without caution, he is constantly testing and pushing against the limits of the system. The court has yet to rule on the legality of Trump’s orders, but in terms of political ethics, he definitely showed us what “tyranny of the majority” is (whether or not he counts as the majority).

As the head of the nation, he has an obligation to garner support from all factions before pushing forward his agenda. Ignoring half his people will only create even more division, and that is the last thing America need right now.

Can the checks and balances laid down by America’s Founding Fathers prevent a complete breakdown of the system? Will Trump’s dictatorial inclination get even worse in the days to come? Only time will tell.

But to an outsider, it is just terrifying to see how irrational people can be. You can object to receiving more refugees, but it doesn’t mean you have to support Trump, just as you won’t cheer for Osama bin Laden merely because you are against imperialism. In today’s world where reason is losing out to emotion, can we still hold onto our rational thoughts and logical thinking?

Donald Trump has the right to change America's direction, but this is not the way to go about it