The documents show that the works cover areas including “Project P” and “Public Infrastructure Works (PIW)”, meaning that the WKCDA could have been involved in other contract deals, unknown to the public, to carry out the advance works for the project. Aside from the HK$4.5 million commission to architect Rocco Yim Sen-kee to carry out a feasibility study, no other advance funds for the project have been announced by the former chairman of the board of WKCDA, Carrie Lam Cheng Yuet-ngor. Yim’s architectural firm, Rocco Design Architects, commissioned Arup to be the consultant for construction works prior to the firm’s own commission by the board of WKCDA to be the design consultant for the Palace Museum project, FactWire can confirm. WKCDA internal documents state that in September last year, the WKCDA asked Arup to provide “additional ground investigation works” for the “Developments at the Exhibition Hub Area (EHDA)”. The document further states that the scope of the GI works consists of “9 no. of ground investigation boreholes at the Project P area” as “supplement to the previous phase of GI works”, as well as adding 17 boreholes within the PIW site area to “produce the GI information of the future road and transfer structure above the Western Harbour Crossing” for that area. The expected cost was HK$3 million and there were six invited to tender for the GI works, the document shows. 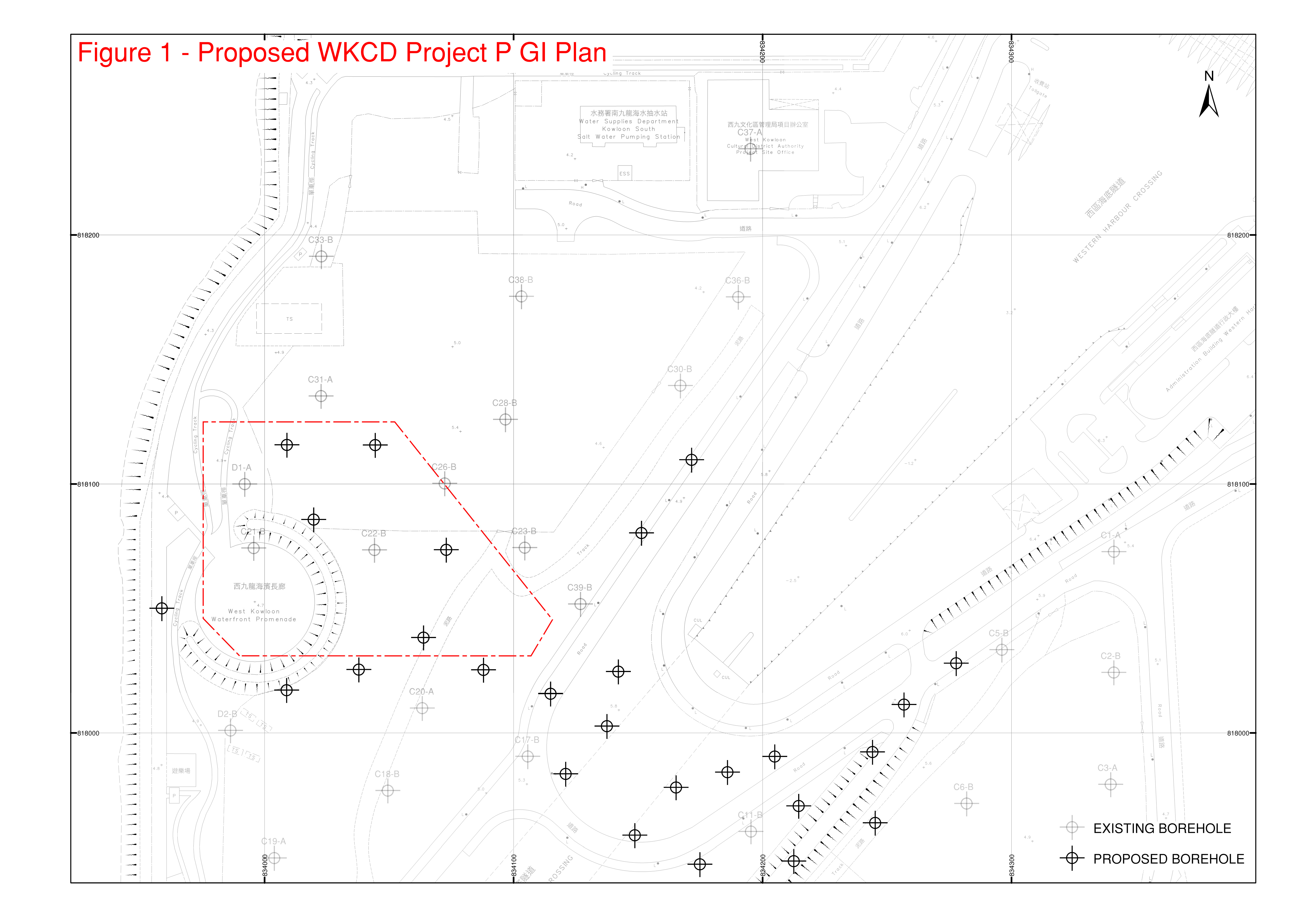 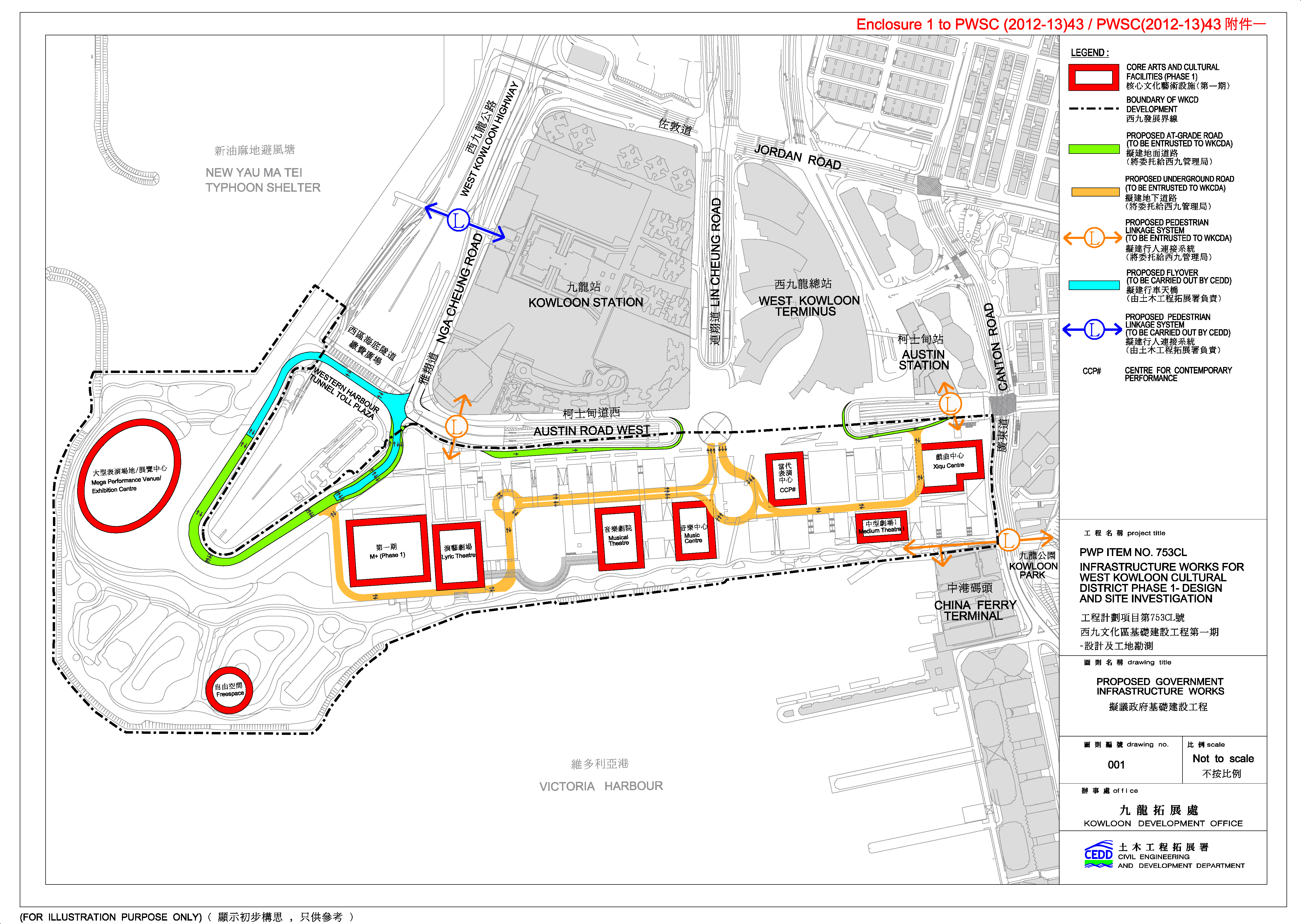 Sources said that the WKCDA internal documents clearly state that the investigation work is “additional” and a “supplement to” the previous stage of GI works, and that the department responsible for procurement and contracts in the WKCDA was also informed about the arrangements. It raises the possibility that the WKCDA and Arup had already signed a contract and requested additional GI works, without public knowledge.

Construction industry professionals told FactWire that government projects should be transparent: “If a large scale construction involves smaller projects at different stages, industry professionals will sometimes use funds from one project [for] another project to carry out advance work, to skip administrative procedures and save time. While it is not unusual for private companies, it is still, strictly speaking, not correct practice. It would be a serious problem if government projects operate like this, since it would lead to a mismatch between the budget and the allocation of funds.” 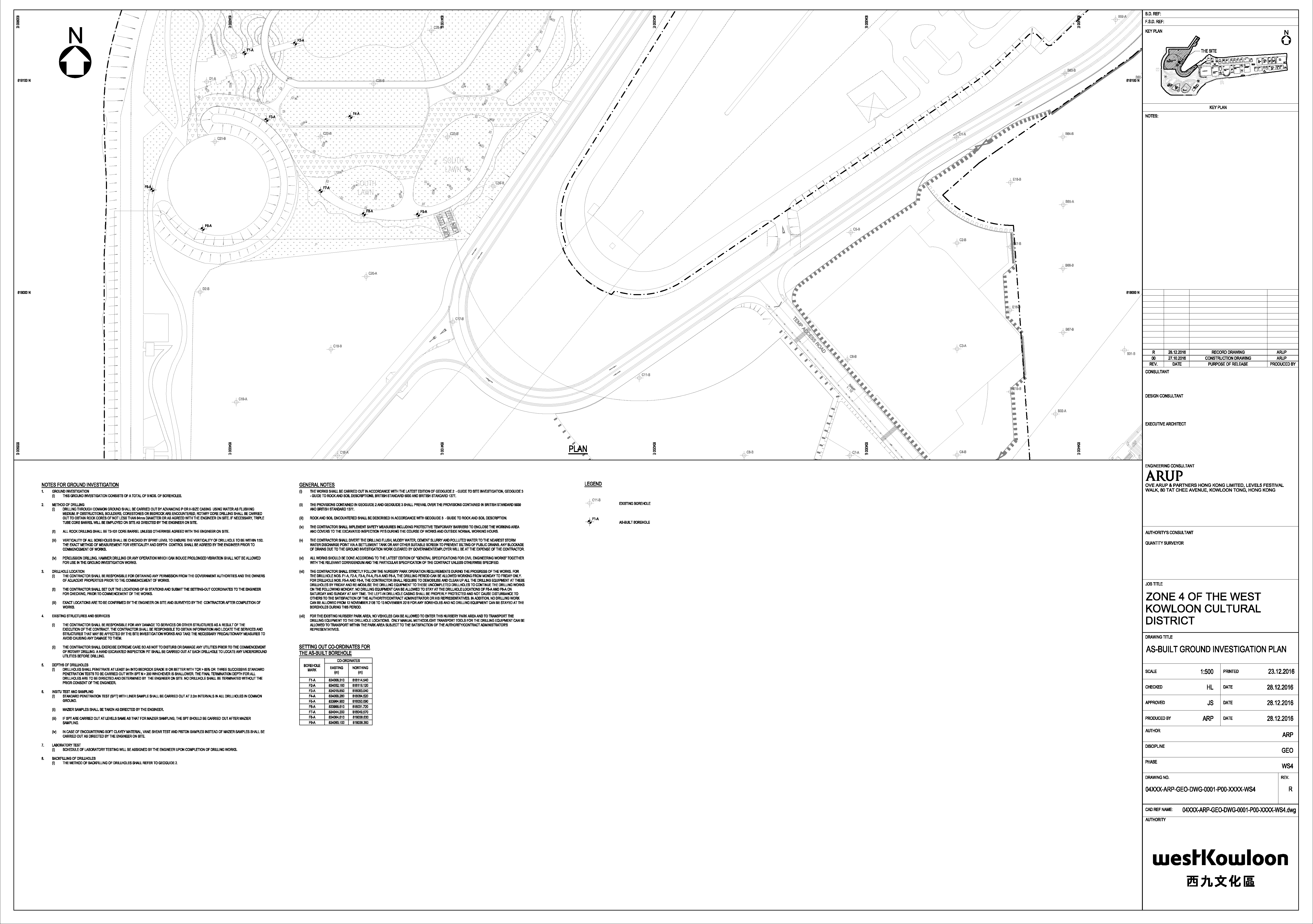 Click to enlarge. Arup submitted a GI report to Rocco Design last December, and the plan shows the location of 9 boreholes are within the proposed site area of the Palace Museum. Photo: FactWire.

FactWire acquired the report of “Additional Ground Investigation for the EHDA”, which states that the contractor Bachy Soletanche Group was commissioned last year on October 28 and began the GI works in early November. The location of the nine boreholes stated in the report are precisely in the proposed site where the Palace Museum would be built.

Arup gave the report to Rocco Design and WKCDA in late December last year. The WKCDA website shows that Bachy Soletanche Group was awarded a HK$1.74-million contract on the additional ground investigation works for developments at Exhibition Hub Area. It does not mention Arup as the consulting firm, the details of the contract and payment. Official documents state that the government financed an upfront endowment of HK$21.6 billion to WKCDA in 2008 for construction and operation of the district, and the government would be responsible for spending on public infrastructure.

FactWire also acquired Arup internal documents, which show that Arup may have been working on the Palace Museum project before Yim was appointed.

Sources from Arup state that it was commissioned by Rocco Design to carry out a feasibility study on an arts project in West Kowloon on November 8 last year, 20 days before the board of WKCDA appointed Yim as the design consultant of the Palace Museum project. The commissioned project is also titled as “Project P”. The scope of services include structural, geotechnical and mechanical engineering and last for 2 years. 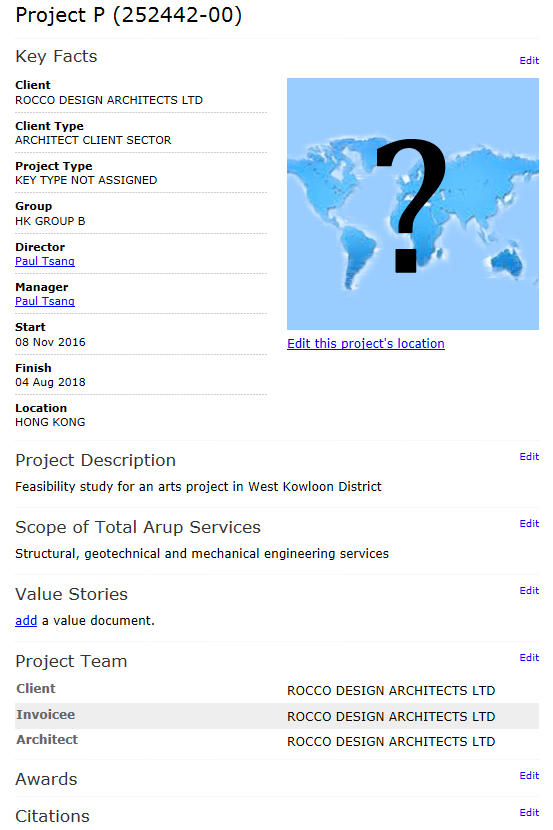 The project manager, Paul Tsang Sau-chung, is the director of Arup in Hong Kong. Tsang also participated in the construction works for the M+ Building in West Kowloon. FactWire contacted Tsang last Wednesday (January 18). He said  it was “not convenient” and hung up the phone when asked to comment on the West Kowloon projects. A protest against the museum project. File photo: Melissa Maize.

FactWire also made inquiries at Arup’s office. After asking reporters to wait for one and a half hours, staff refused to answer questions, stating that the company “never responded to any inquiries on company projects”. The board of WKCDA gave the codename “Project P” to the Palace Museum project and commissioned Yim to carry out the design and valuation work in June last year. However, it was not until last October that the Hong Kong Jockey Club Charities Trust approved a donation of HK$3.5 billion for the project. Lam, then chairman of the HKCDA board, told a press conference on January 10 that the WKCDA had commissioned Yim for a fee of HK$4.5 million to carry out a feasibility study, valuations and to propose design concepts. No mention was made of any other fees concerning the project.

Lam resigned as Chief Secretary on January 13 and the present Chief Secretary Matthew Cheung Kin-chung took up the position of the chairman of the WKCDA board. The government allocated funds of HK$21.6 billion to the WKCDA in 2008 to build a cultural district. Forecasting an overrun in the actual building costs, the government was aware of the need to establish public-private partnerships and seek donations. WKCDA staff told FactWire that they did not know about the HK$4.5 million fund for Yim’s commission until the day of the press conference. They believed the commission would affect West Kowloon’s budgets and operations.

“People in the company have been very nervous about the costs, and constantly make requests to tone down the scale of some cultural arts programmes in order to afford West Kowloon’s project expenditure. The HK$4.5 million that was suddenly gone is equivalent to the budget of 3-4 large-scale projects,” the WKCDA staff members told FactWire. Construction industry professionals told FactWire that Lam’s explanation was vague and unclear. “It is impossible for solely the architect to carry out the feasibility study and valuation on his own since many other professional services, such as site investigation works, quantity surveying, environmental and pedestrian flow assessments are involved. Did the HK$4.5 million already include the total cost, or were some services outsourced, and if so, how much are they? Were they paid by public funds?” According to the WKCDA’s annual reports and tender notices, Arup, along with Swiss architectural firm Herzog & de Meuron and Hong Kong-based TFP Farrells, has been working together since August 2013 on the construction works of the M+ Building. The foundation work began in August 2014, and the main superstructure work of the building began in late 2015 and is scheduled for completion in 2018. Arup, the government’s consulting firm for the Wang Chau housing development project, was suspended from tendering for three months in November 2016, after violating contract terms by accepting an offer from New World Development to provide them with consulting services for the housing projects in Wang Chau, and using confidential information obtained from the government without official authorization.

Although Arup could not participate in the bidding of consultant contracts under the “Engineering and Associated Consultants Selection Board”, contracts under the WKCDA was not under management of the selection board and thus are not affected by the suspension order.