I hesitate to write this story because even now, though it happened to me, I can hardly believe it is true. Still it did happen. I am not making this up, OK?

The other day I found on my desk a cheque addressed to the bagpipe band in which I occasionally warble for weddings and other festivities. Because I am an owner-occupier unlikely to move, my home doubles as the band’s home address. Anything financial in nature I pass on to our Treasurer. But I had missed this particular item during her last visit, so in a moment of mild guilt I thought I would deposit the cheque myself. Personally I have for many years been a customer of the bank with gay lions. But the band banks at the Hang Seng, so while I was in Shatin the other day I popped into the local branch to try my luck. I assumed that the automatic cheque eating machine would want a Hang Seng PIN, so that was out. I could also see no sign of the box provided in upmarket parts of the Gay Lions Bank, in which you simply drop the cheque with your name and number written on the back.

My wife assures me that the Hang Seng does have such things, but if there is one in Shatin I missed it. So I surveyed the available queues, confident that the longest one would turn out to be the one I wanted, which it was. I did wonder why the “deposits and withdrawals” windows were so popular, as these things are easy to do with an ATM, but there it is. I joined a long queue of people fiddling with their mobile phones and 30 or so minutes later I was summoned to a window. 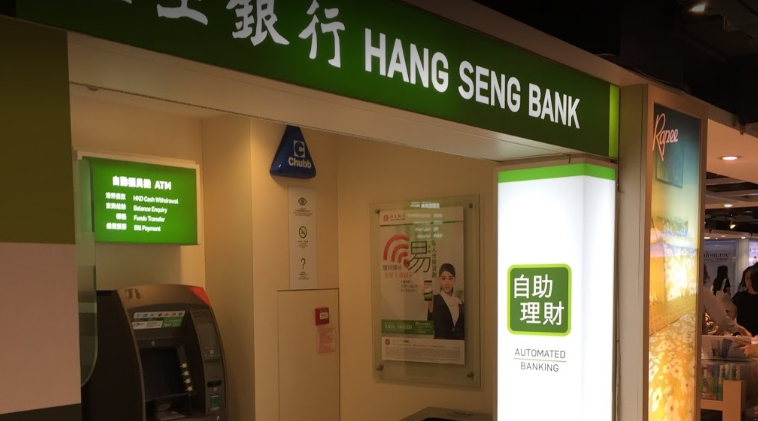 Here a friendly young lady took the cheque, copied down the account number from the screen of my phone, and started filling in other things. Then she got to work on the keyboard, and suddenly, a pause. It seemed that something had come up on the computer screen. My teller consulted the lady at the next till, who also looked at the screen. Then my lady took the cheque and the completed form, and disappeared behind the scenes. I was left feeling puzzled, and a bit conspicuous. The crowd of queuers behind me may have been distressed. One minute I looked like a quick customer. The next one of the four tellers devoted to our queue had disappeared. Very disappointing. What could be wrong? It would not be some problem with me personally, because my name had not yet come up. The band’s account is in order and the cheque came from a respectable local university.

After a long pause my bank person returned, accompanied by a small grey-haired man who I later theorised was the Manager (Procedural Pedantry). On mature reflection, though, I think he was the branch’s specialist in Breaking News Likely to Cause the Customer to Explode. He was very soothing. He apologised for keeping me waiting. But alas the bank could not accept this cheque for payment into an account. Why not? The name on the cheque, he said, was not the same as the name of the account holder in their records.

I was puzzled. The name on the cheque was “Hong Kong Saint Andrews Pipe Band”, which is our name, or so I supposed. But, the manager explained, in the version in the bank’s records the “Saint” was replaced by “St”. Goodness, I said, this is just the standard abbreviation for “Saint”, it is not a different name. Ah, said the manager, but there was another discrepancy. In the bank’s record it said “Andrew’s”. On the cheque it said “Andrews”. So the apostrophe was missing. And that, it seemed, was it. No apostrophe, no deposit.

I was so gobsmacked by this that it did not occur to me to point out that the cheque had been written by a computer on a dot matrix printer so there may not have been an apostrophe available.

Well I suppose if your name has an apostrophe in it you may be comforted by the thought that the Hang Seng, at least, is careful about these things. “No no, Mr Jones, this cheque is not for you; it is for Mr Jone’s” As I do not have an apostrophe in my name I am just glad I picked the Gay Lions bank, where despite occasional resistance I have always managed to convince them that “Tim Hamlett” and “Timothy Hamlett” are the same person.

The importance of being possessive: A run-in with Hang Seng Bank