It’s no secret what the mainland is doing in the South China Sea. No one is surprised when they hear of another dredging operation to reclaim an island, or when another runway pops up on satellite imagery where before there were only idyllic, turquoise waters.

The recent arrival of fighter aircraft along with evidence of anti-aircraft reinforcements is meant as a clear statement of intent. But there remains a very pertinent question which has had little attention – what can they achieve with this collection of runways?

On the face of it, the answer seems clear – to project air power in the region. China’s political goal is to claim vast swathes of the South China Sea marked out by the ‘nine-dash line’, a border of questionable historic merit. This claim would allow exploitation of the 200 mile Exclusive Economic Zones (EEZ) established around sovereign territory as well as establishing China as the dominant force in the region. China wants to maintain a presence on these islands to reinforce the legitimacy of its claims while filling them with aircraft in order to defend them. The problem is that, historically speaking, air power has a very poor record of achieving wider strategic goals.

Going back to World War II, the first example of total warfare, and the Royal Air Force bombing of targets in Germany – leaders such as Bomber Command’s Arthur Harris called for comprehensive bombing of German cities to “break the will of the people”. Results were anything but, many observers recalling that the attacks galvanised communities instead of breaking them. Political and strategic effect, nil.

Fast forward to the brutal bombing campaign in Vietnam carried out by the United States Air Force through Rolling Thunder. The main political aim of the operation was to persuade the North Vietnamese to quit the war, or at least entice them to the negotiating table. Despite dropping 643,000 tonnes of munitions on North Vietnam, littering the land with unexploded ordinance and threats for years to come, the operation failed to reach its goals. Some might think that the advent of precision weaponry, that is laser and GPS guided weapons, the effects could be more accurately directed to achieve a specific result. Looking at the Kosovo conflict would reveal otherwise.

A NATO bombing campaign commenced in March 1999 with the political goal of forcing Milosevic to withdraw Serbian troops from the Kosovo region. Initially the strike list consisted of hard military targets but, as the results disappointed, was expanded to infrastructure such as power stations and radio stations.

After four months of intensive bombing, the turning point came only when the U.S expanded its options to include a land force, a line which Serbia’s ally, Russia, would not cross.

Some examples where it has worked well consist of military campaigns where strike aircraft are used in the close air support role working with ground troops to attack specific targets. The evidence seems to suggest then that air power is most effective in the tactical or operational spheres and less so in the strategic.

Ultimately, previous air power campaigns failed either because leaders didn’t appreciate the galvanising effect cold and remote attacks can have on a civilian population, or because an air force cannot be omnipresent and, once clear, the enemy has calmly continued their work.

On the first point, China has already tested the waters by sinking a Vietnamese fishing boat last year, resulting in a major diplomatic backlash and growing anger amongst Vietnamese people. The majority of popular opinion has strengthened against China, which may have further implications for the regional power, especially if other claimants can cooperate and channel their demands through ASEAN.

China already finds international opinion against it after the U.N. last July ruled in favour of the Philippines in a case questioning the legitimacy of the nine-dash claim.

The second point relates to the practical considerations about what China can actually do with the aircraft stationed on the islands and how far it is prepared to go.

The People’s Liberation Army Air Force (PLAAF) recently stationed Shenyang J-11 aircraft on the main airstrip protecting the Paracel Islands, known as Woody Island or Yongzing. The J-11 is an air superiority fighter with a combat radius of 1,500km putting most of the South China Sea in its crosshairs. Its primary function is to clear an airspace of the enemy but doing so is a means, not an end. They are most likely the start of a military build-up in the area which will include ground attack and reconnaissance planes. In peacetime, these aircraft will do little to deter infractions. China’s Coastguard may feel confident harassing and ramming fishing boats, but an air force does not drop bombs lightly. Air strikes are a much stronger statement tantamount to war, incapable of being used with the light touch required to navigate regional tension.

China will back up its claims until the point where others would be forced to defend their interests and, as the biggest player, the United States has made its position very clear. The U.S. Air Force and Navy regularly conduct “freedom of navigation” exercises undermining the integrity of the claim. Despite the Chinese Navy seizing an unmanned underwater vehicle last month, real resistance to these exercises has been meek, consisting of verbal warnings over radio.

Fighters are sometimes scrambled to guide away reconnaissance aircraft but these have taken on a benign familiarity, much like the games Russian surveillance aircraft play with European air forces. Clearly no bombs have been dropped on inquisitive ships.

Should the situation escalate, even with more advanced technology, air power would struggle to produce effective results. With the claimed islands being so close to other countries and the defensive precautions that entails, it’s unlikely that even with air superiority and a high volume of ground attacks, the “enemy” could be inhibited or coerced into a political compromise. Remember that even with the might of NATO brought to bear against one of Europe’s less developed countries, it could not force Milosevic’s hand by air power alone. 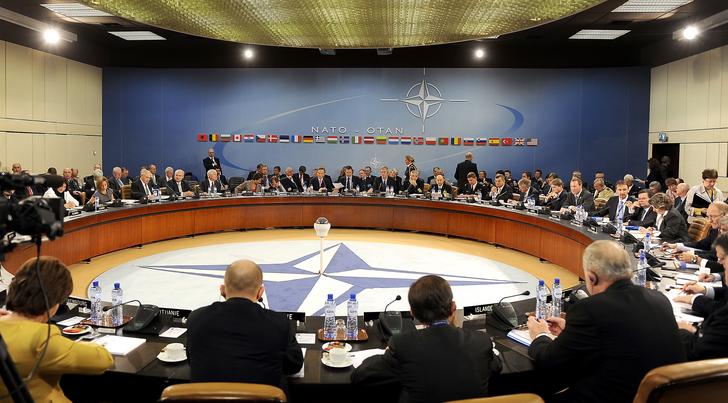 In the event of all-out war, these outposts and runways are dangerously exposed. Despite bordering nations not having the firepower of China, they would take significant resources to defend.

Likely sources of conflict in coming years include unintended interactions between navies, as well as resistance to China’s exploitation of oil and gas within their EEZ. An oil rig constructed to the West of the Paracel Islands stands mockingly close to Vietnamese waters whilst Reed Reef, a source of natural gas and oil within the Philippines, has been repeatedly harassed by Chinese vessels – a land grab Filipinos would regard as the final straw.

Statesmen talk of restraint but, as the world saw with the Turkish downing of a Russian Sukhoi Su-24M last year, sometimes an interaction between two abrasive forces can result in surprising and potentially catastrophic consequences.

At present, we have a stalemate – fourth-generation fighter aircraft parked in the sun, their contribution too large a gesture to bring against minor infractions, their presence symbolic only.