Thousands of protesters, chanting “Sovereignty belongs to the people!” marched through Hong Kong on New Year’s Day to protest at the government’s legal bid to unseat some pro-democracy lawmakers.

The four popularly elected legislators, who led the rally, were the latest targets of a government move which pro-democracy parties describe as a witch hunt. It came after the city’s courts ousted two pro-independence lawmakers for failing to swear their oaths of office correctly, a move backed by Beijing.

The Hong Kong government now wants to bar the other four legislators for alleged breaches in their swearing-in ceremony and in their oaths of allegiance. “We can see that under Hong Kong’s rule of law, the government, with its unlimited resources, will use legal procedures to bully leaders and representatives with fewer resources,” Joshua Wong, a prominent student leader, told AFP at the rally.

“This has shown that ‘One Country, Two Systems’ is a failure and we should use the 20th anniversary of the handover to reflect on our political situation.” 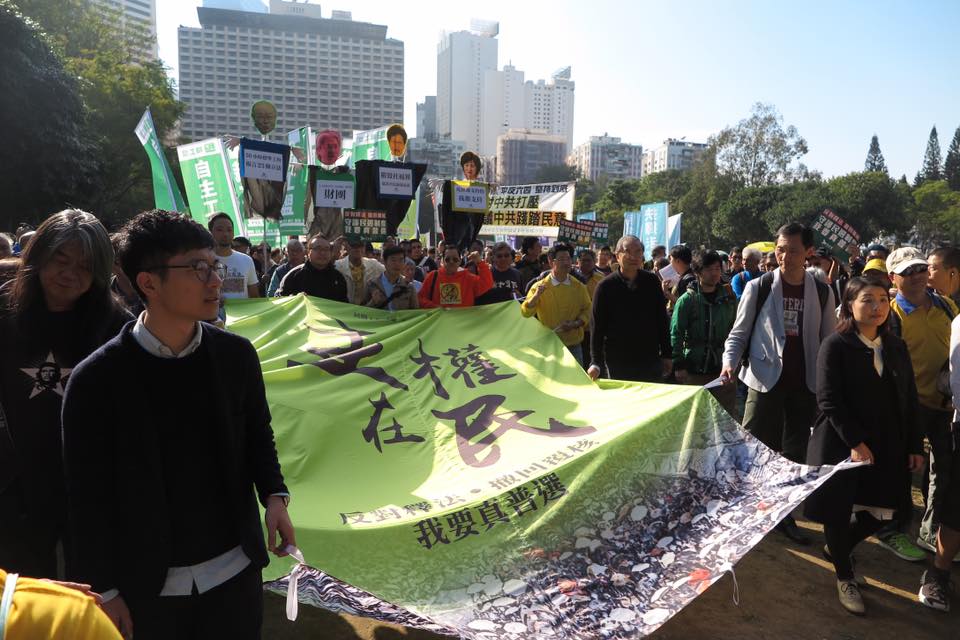 Britain handed Hong Kong back to China in 1997 under a deal which gives it broad autonomy and preserves its freedoms and the rule of law for 50 years. But there are fears these freedoms are being eroded by Beijing.

“The four lawmakers are genuinely concerned about the future of Hong Kong to ensure that our core values will be maintained,” Peggy Ng, a retired civil servant, told AFP at the rally.

“Particularly, that our next generations will enjoy the freedoms that I have enjoyed before.” 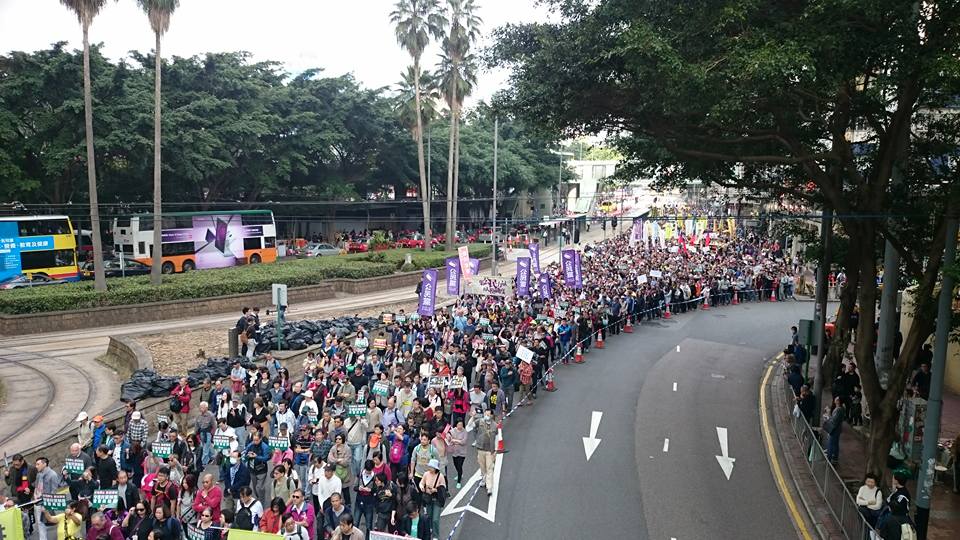 Court proceedings against the four are scheduled to start in February.

Organisers of the march said 9,150 people attended, while police estimated a maximum attendance of 4,800.

A 1,200-strong pro-Beijing committee will elect Hong Kong’s next leader in March.

Banners at the march caricatured the likely election candidates and highlighted their pro-establishment positions. 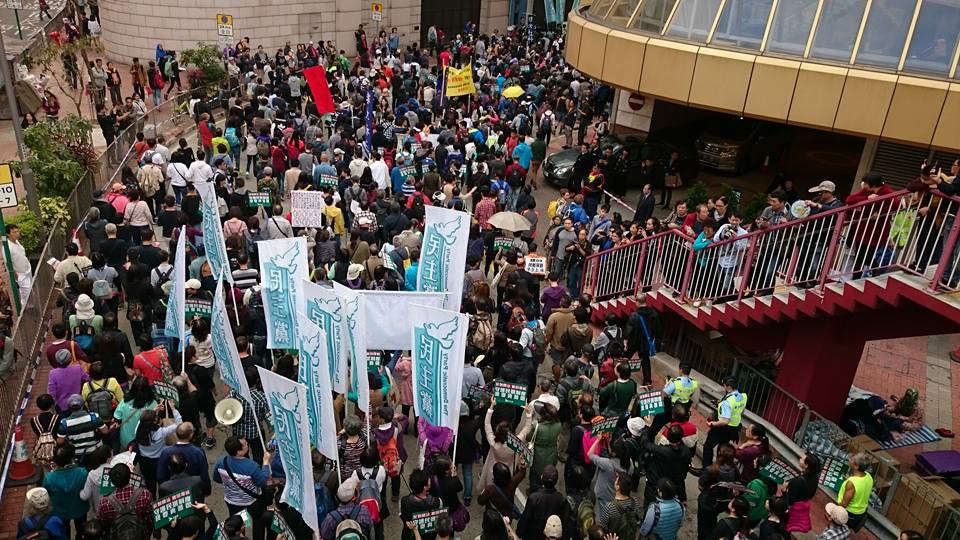 Sunday’s rally also sought to raise funds for the four lawmakers to fight the government’s challenge in court. The two ousted pro-independence lawmakers separately announced last week they were making a final legal bid to overturn their exclusion from the legislature.