Our aircraft had been lolling around Hong Kong airspace for about half an hour before the captain told us that air traffic control had not been expecting us at all.  “The tower were quite surprised to see us. They said we’ve just popped up. One minute there are two aircraft nicely separated over Po Toi and the next, we are between them. Well, when the screaming stopped and they’d calmed down a bit, the tower told me that they were trying to find a parking place and not to disappear in the meantime.’

The flight attendant, strapped in opposite me, winced. ‘There’s been more of that disappearing going on recently” she said in a conspiratorial half whisper. “We are supposed to play it down, like how we announce uncontrollably plunging 5000ft in five seconds as mild turbulence. But it’s very difficult to explain to passengers when they are actually being disappeared. Oh, here we go again!” The engines stopped and the lights went out. A demanding silence fell over the whole plane. The more perceptive amongst us began to weep. The captain appeared in the flight deck doorway with a megaphone. “Ladies and gentlemen, this is not a complete electrical failure, in which case I would not be talking to you but in the pantry, guzzling down my life’s last half bottle of whisky. I’ll level with you because I’ve already had the first half. We have been disappeared by the Hong Civil Aviation Department’s air traffic control system- which makes this completely official.

“We are now in a void, a state of suspension or, for the more old-fashioned Catholics among you, limbo. For a taste of this, you might care to look out of the window.”

The sky outside had disappeared. Up against the Perspex was now a dead, flat suffocated light which was not quite white but did not make it to grey. It had the vacant density you just get a sense of when listening to government calls for consultation on the annual policy address. The passenger next to me leaned over to look. “Inside the mind of Maria Tam!” he gasped. 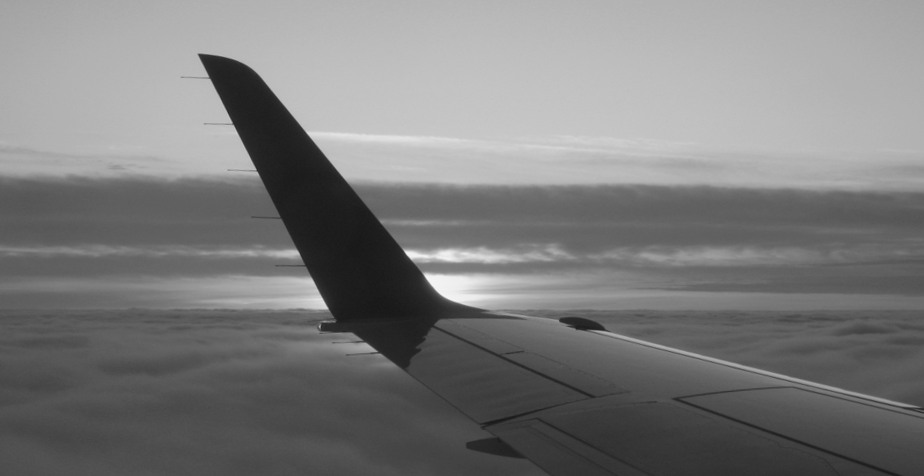 “First of all, I advise you to keep your seatbelts firmly buckled,” continued the captain. “We may have to do a touch of the Red Arrows when we snap out of this because we do not know where we will be. This airline has consulted Professor Stephen Hawking on the matter and he says that while the disappeared aircraft is suspended, time around it keeps moving.”

Our plane reappeared seconds later between the tops of the Castle Peak power station chimneys. The captain did a 40 degree sharp bank to starboard which you can only learn from Biggles books. Through the screams, the flight attendant told me that the captain had not explained all of Hawking’s hypothesis. “The Prof said that what was only a 12 second disappearance on the radar screen could be 12 years inside the limbo,” her forehead knitted. “The toilets will be backed up long before then.”

As we settled down, the window seat people on my side were screaming again. A very large see-through airplane made up of big white dots was flying directly at us. The attendant just rolled her eyes. “Phantom plane. We’re getting more of them too.” The dots vanished on contact with our side, shot out of the other side of the plane and went on their way. The passengers burst into cheers of relief. I had not had so much excitement since last landing at old Kai Tak in a cross wind when the nullah was high. Just before the mercifully dull touch down at Chek Lap Kok, I spotted desiccated men and women suspended in cages from the sides of the tower. “Whistle blowers” hissed the attendant. “If they’d kept their mouths shut, there would have been no disappearing. A temporary short circuit would have kept the passengers happy.”

The captain returned on the restored passenger address system. “Staff from the Civilian Aviation Authority will be greeting each of you on the air bridge with a HK$500 bill in apology for the temporary in-flight short circuit. Thank you for flying and not flying with us today and we hope to see you and not see you again very soon.”

When a plane disappears from the official radar, where does it go?