A black Mercedes R320 pulls up in the muddy driveway, and out steps a tanned 71-year old. Gao Lin’s handshake is firm. His wide brown American-style cowboy hat betrays a more sober communist past. He was once a soldier during the Cultural Revolution, then a government cadre under the communist planned economy. Today he’s one of the most successful wine growers in China. 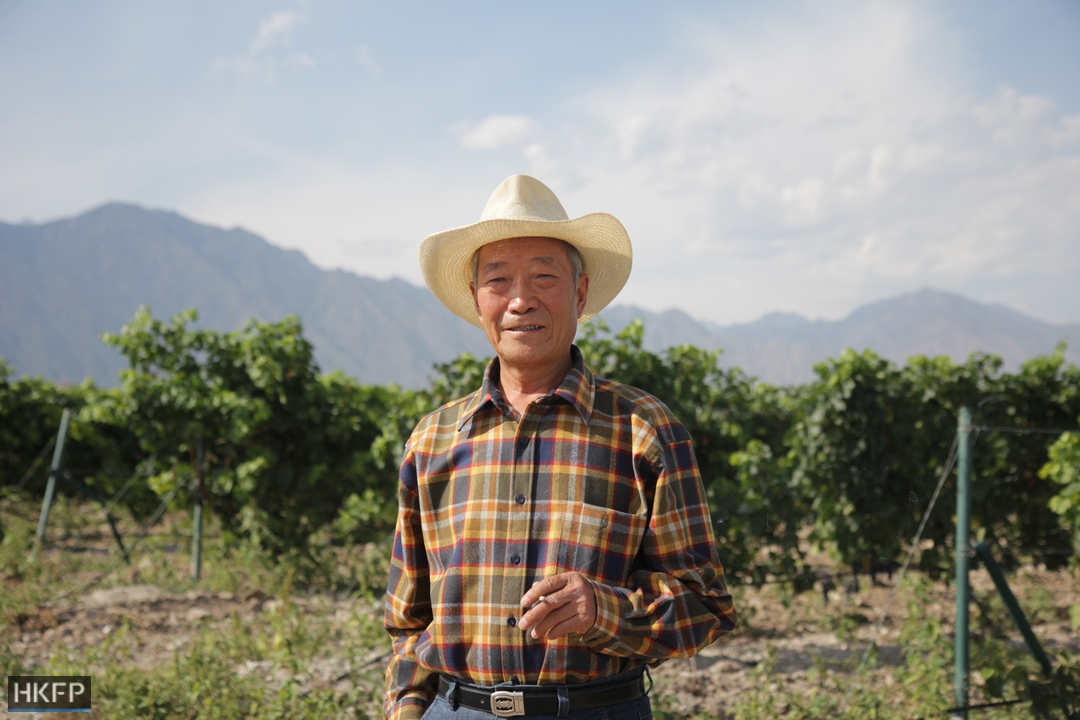 Earlier this year, wines from his family’s “Silver Heights” chateau were served during the state banquet for German Chancellor Angela Merkel in Beijing. Jancis Robinson, the refined British wine writer, called it “the wine to confound prejudices”.

There is still much prejudice against Chinese wine but the growing thirst of China’s rising middle class has turned the country into a lucrative market. China consumed 16 million hectolitres of wine in 2015, making the country the world’s fifth largest wine market, according to the International Organisation of Vine and Wine. In Ningxia, what’s known as China’s wild west, Gao, the Chinese entrepreneur in his signature cowboy hat stands at the centre of the homegrown wine industry. 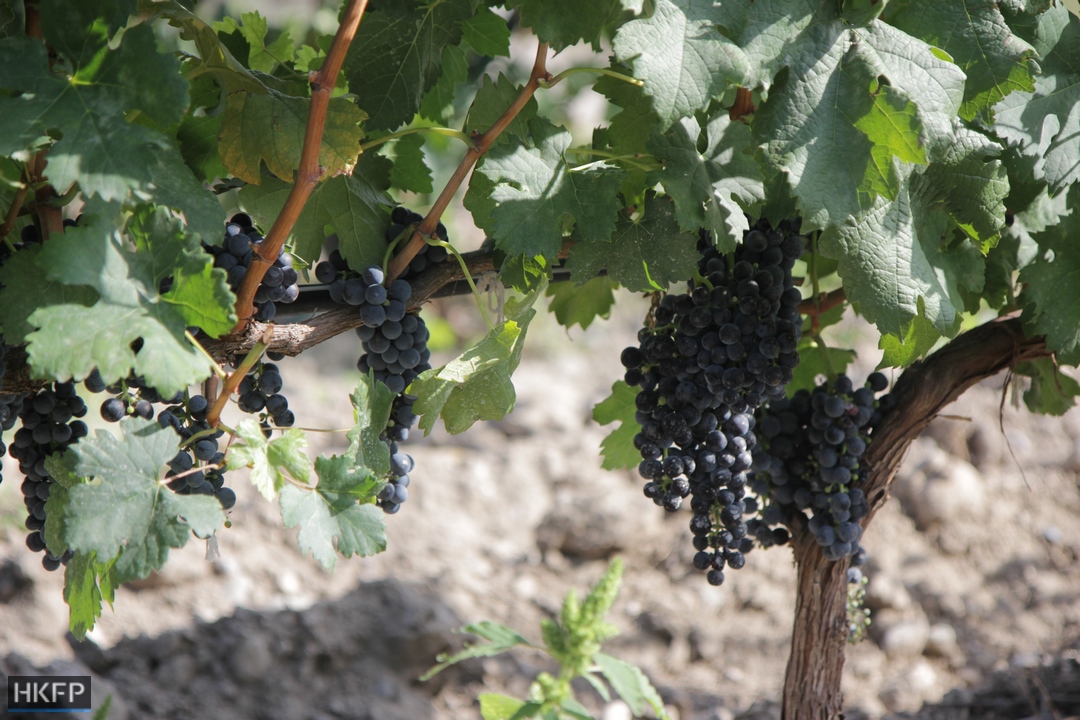 Standing at the edge of his vineyard, smoking one cigarette after another, he tells me what it took to get to where he is today. Gao has reason to be proud: Twenty years ago he took a huge risk. Back when the only alcoholic beverage Chinese drank was the local baijiu, then communist cadre Gao decided to venture into wine. “I knew it would be a good business”, he recalls. Today, his wine empire lies at 1,200 meters altitude on the slopes of Helan Mountain in Ningxia province, and the vineyards stretch over an area of 670,000 square meters. The mountainous area 1,100 km west of Beijing is mostly known for its large Muslim population and barren desert.

The isolated mountain range prevents cold wind coming down from Inner Mongolia, but also leaves the land there rocky and rough. “People thought I was crazy when I first decided to plant here,” he says. While Gao’s friends enjoyed their lives in retirement in the city, playing mahjong and  square dancing, Gao, as a pioneer, started his vineyard at the foot of the Helan Mountains. Gao points to a piece of ploughed land, still empty. Piles of big rocks lie on its side. “We dug these out from the land. Otherwise they will damage the bulldozers. That’s a lot of work. People didn’t believe it would pay off one day,” explains Gao. 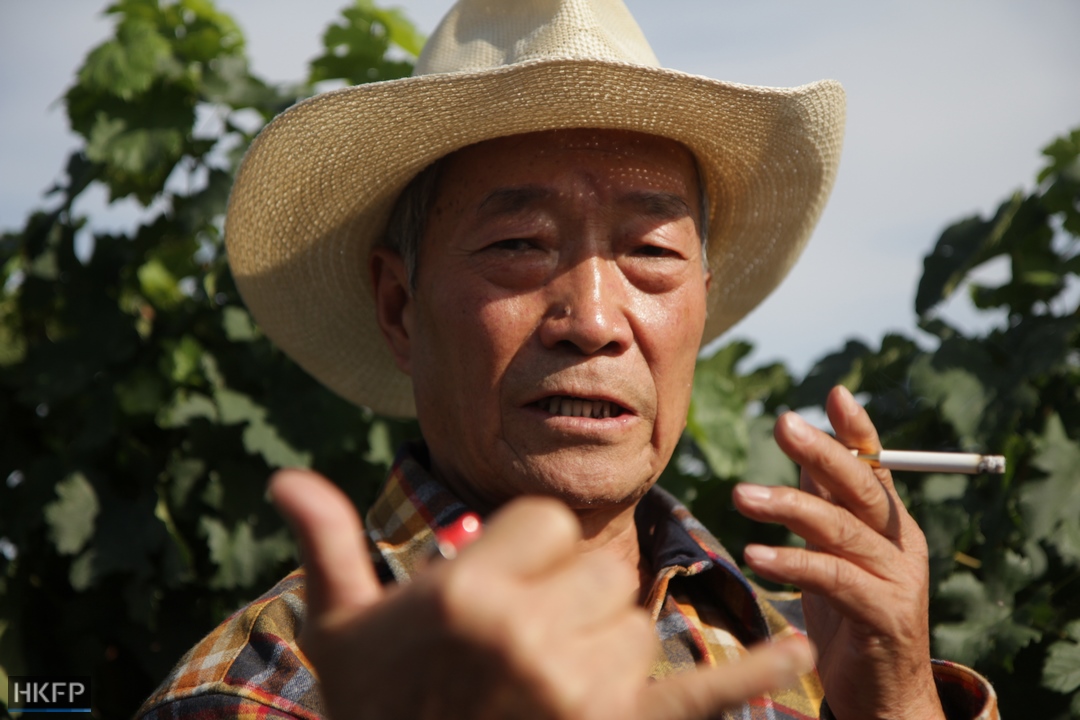 Back then, even the French consultants he invited thought he was in the wrong place. He remembers their polite comments: “You are very brave, they said.” But Gao believed in his plans. “I asked my daughter to get a tombstone for me. If I die here digging out the rocks, I should be buried here,” he recalls, half joking.

Ningxia Province is also known for its extreme poverty. A bottle of Gao’s Silver Heights’ red wine sells for 498 RMB (HK$600).  According to state data, that’s one third of the locals’ average monthly disposable income in 2015.  It’s not a statistic that bothers multi-millionaire Gao though, he explains his wines are mostly sold outside the province. These days, he’s more concerned about not being able to meet the rising demand for his wines. He produces a mere 60,000 bottles a year. His wines are distributed exclusively by Spanish wine distributor Torres and are sold in five star hotels like the Kempinski. But that’s still far from his goal of 250,000 bottles per year. 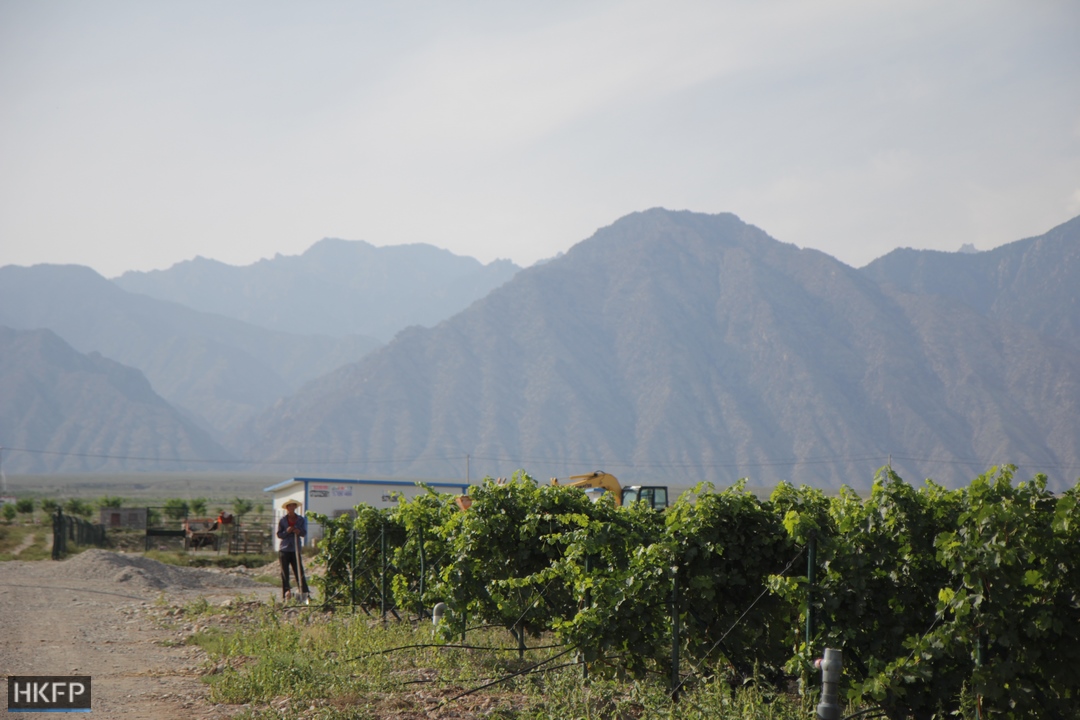 Gao’s expansive vision belies his humble beginnings. Back in early 1960s, the Chinese government planned everyone’s food consumption and he received a monthly provision of 10.5 kg of rice or flour. His father, one of the first cadres under the Communist regime, had to ride on a horse for his first party secretary relocation from Yan’an to the far west: He travelled the 800km in 40 days. 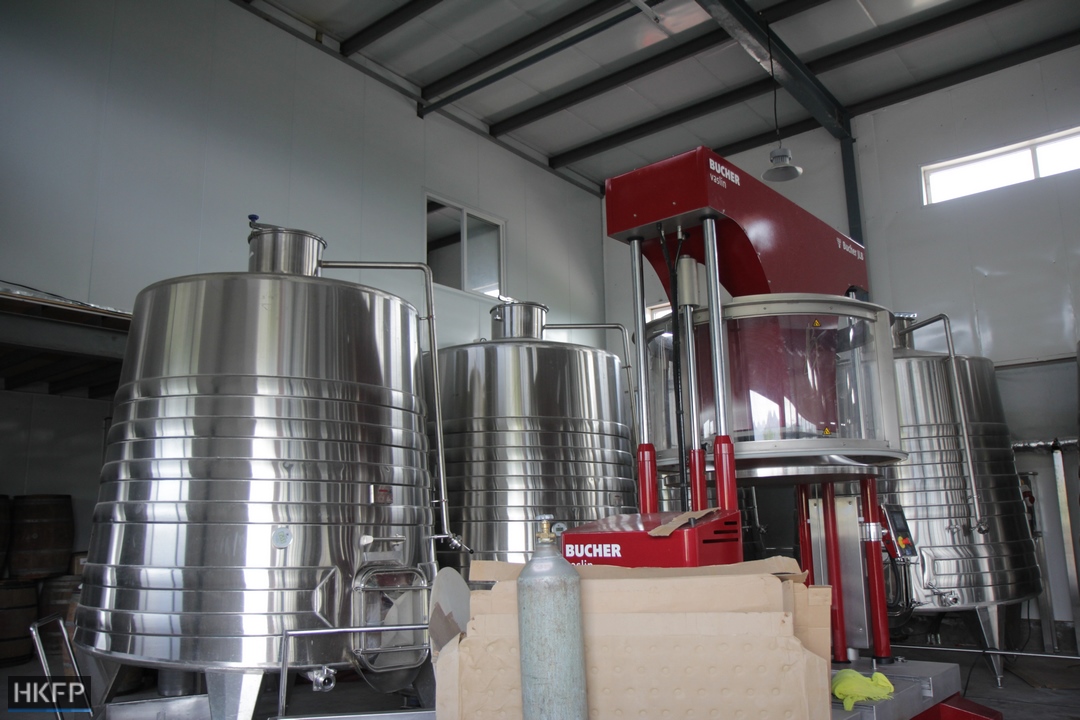 In the late 1990s, in an effort to combat extreme poverty, the Ningxia government was convinced that the sandy land wouldn’t yield much harvest in rice or corn, but would do well with economic crops like grapes. They cut taxes for vineyards, invested in irrigation and not long after, a mix of state and privately owned wineries began to thrive. 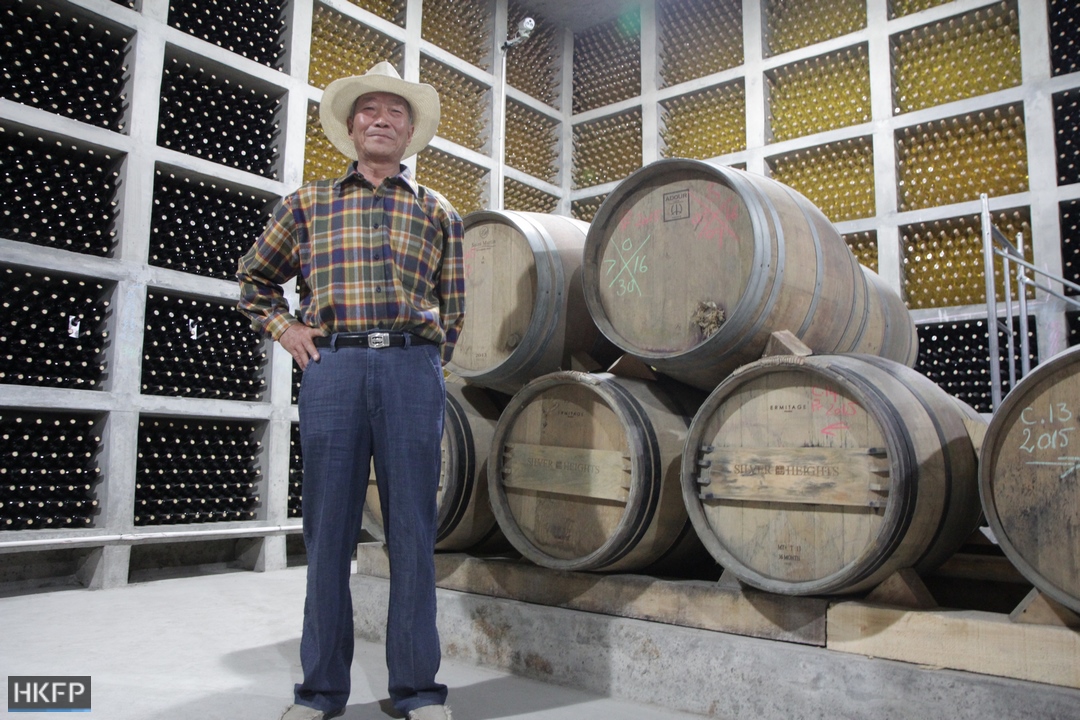 In 1997, 50 year-old Gao was asked by the government to manage 400,000 square meters of depleted rice land and to turn it into vineyards. Capital came from Yingteli, a listed state-owned power company, while the local agriculture technology college owned the land. The government decided it was a match. And with an estimated goal of 6000 tons of annual output of grapes, they could make their own wine in three years time. 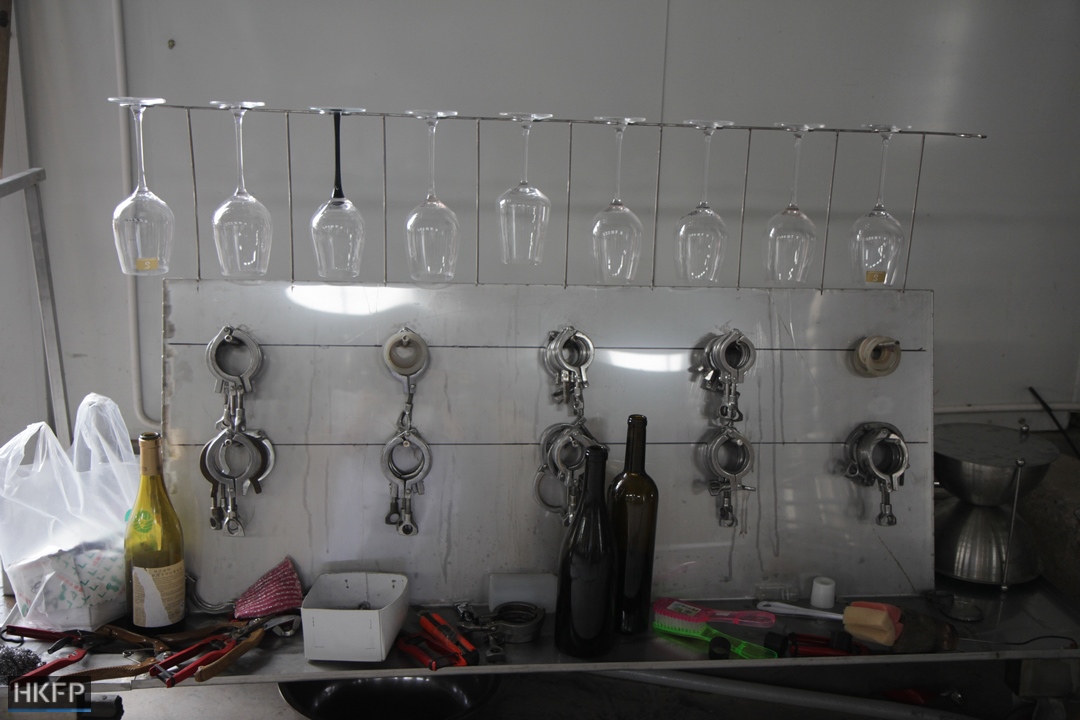 By then, Gao had been working for the government for 20 years. He was the head of the local apparel department and oversaw all local cloth manufacturers. But he was a novice when it came to wine – and the endeavour failed. In 2001, the government forced the power company to buy the debt-laden companies. Back then, a state-owned company going bankrupt was too much of a humiliation for the local authorities, so they forced others to buy them. Gao had to sell all his grapes to other local state-run wine companies and his plan of building up a winery went up in smoke. “I left in the end, with a lot of regrets,” he remembers.

But he can now raise a glass to his achievements. The family owned winery Silver Heights has won several international awards and is credited with raising the profile of Chinese wines.

Echo Wang Jing is a journalist based in Shanghai. She works for the German daily Frankfurter Allgemeine Zeitung. She has written for Lonely Planet and has worked as a freelancer for other media such as Sixth Tone on topics such as tech, property markets and social development in China.