Around a thousand protesters rallied in Hong Kong Saturday against a crackdown on pro-democracy lawmakers and an electoral system skewed towards Beijing ahead of elections for a new city leader. 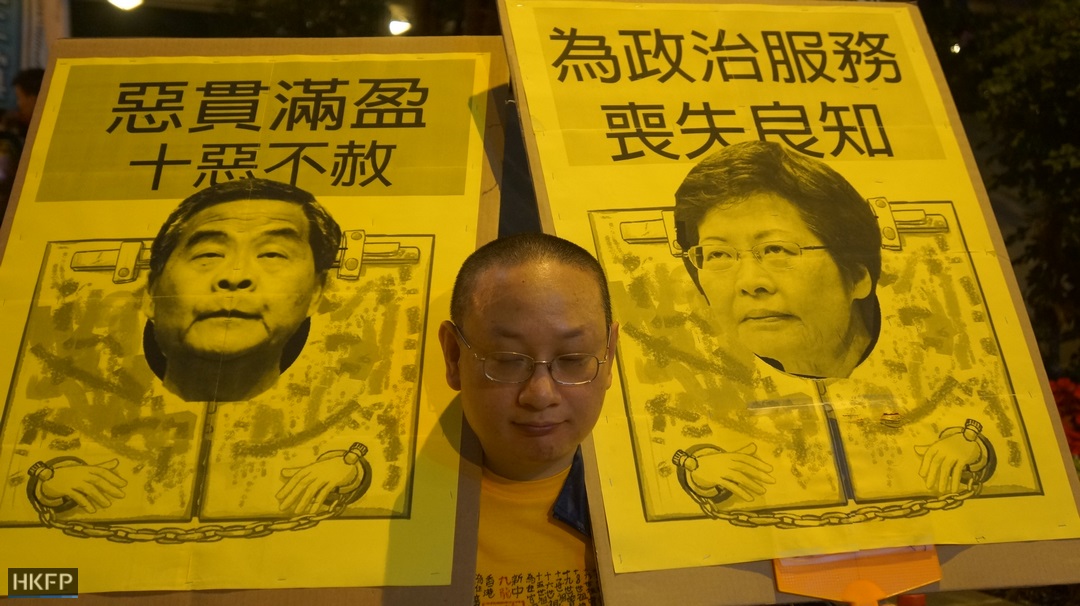 It comes a day after unpopular chief executive Leung Chun-Ying said he would not run for office again in the March vote. 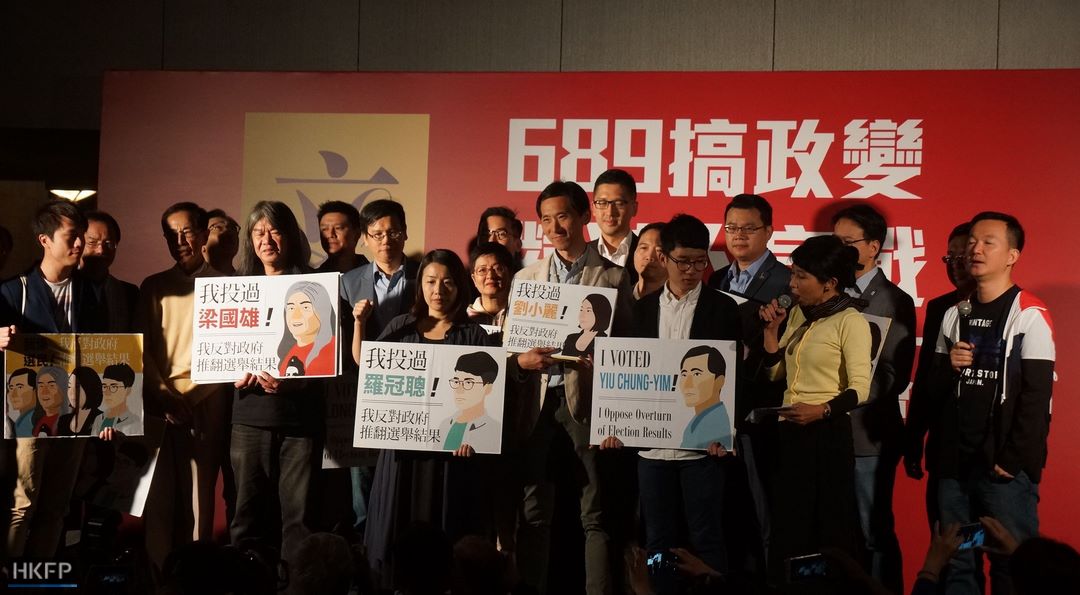 While jubilant at his announcement, Leung’s critics fear another hardline Beijing-backed leader will take his place.

There are increasing fears that China is tightening its grip on the semi-autonomous city, particularly after two pro-independence lawmakers advocating a complete split from Beijing were barred from taking up their seats.

The Hong Kong government is also taking four other pro-democracy legislators to court Thursday in a bid to unseat them after an intervention from Beijing. 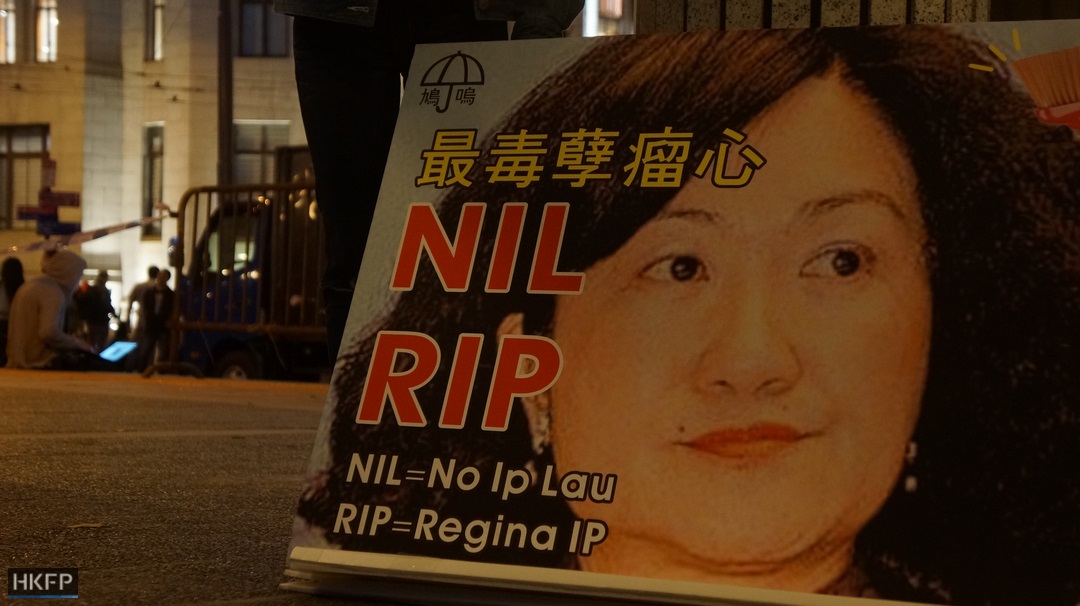 “The direct message we hope to send to Beijing is we will not forgive and we will fight for democracy and freedom,” said Joshua Wong, who led mass pro-democracy rallies in 2014.

“We will not allow Beijing to disqualify one more legislator, because they are democratically elected,” Wong, 20, told AFP at the rally, which took place in gardens in the Central commercial district.

The city’s youngest lawmaker Nathan Law, 23, who is one of the four the government are seeking to unseat, addressed the crowd saying: “We need to use our legs, our bodies, to tell the regime they can’t oppress us. 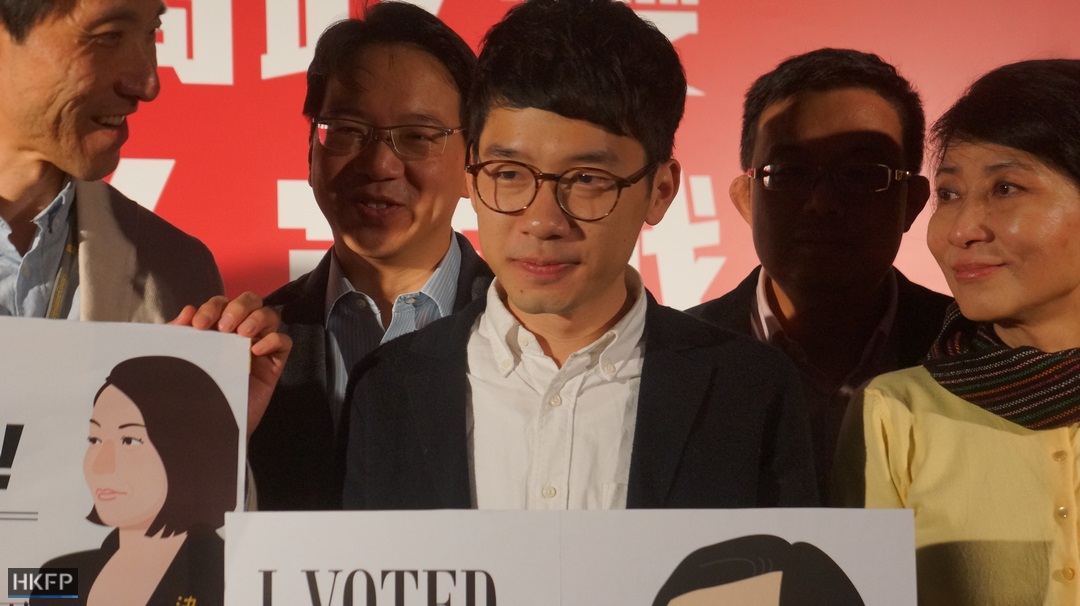 “They might be taking away my seat, but they are (also) imprisoning the people’s minds.”

Protest leaders also slammed the electoral system in which the chief executive is chosen by a committee of 1,200 representatives from various special interest groups weighted towards the pro-establishment camp. 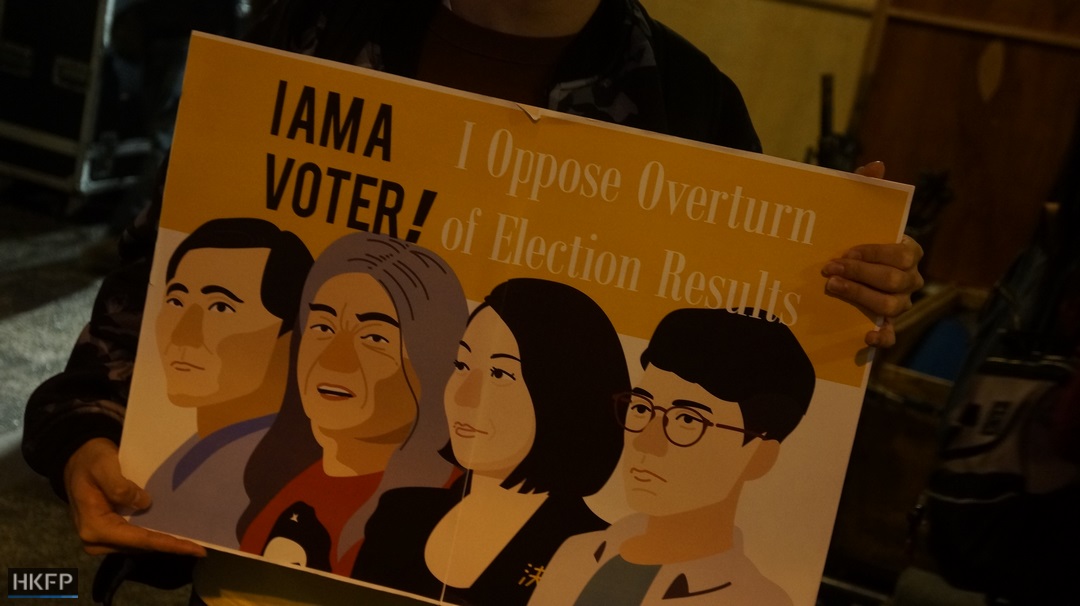 In 2014 Beijing said Hong Kong residents could elect their own leader but that candidates would be vetted. That decision sparked the massive 2014 rallies, which failed to win any concessions on reform.

Veteran pro-democracy lawmaker Leung Kwok-hung, also among the four legislators the government are trying to unseat, told reporters the leadership system was a “tragedy”. 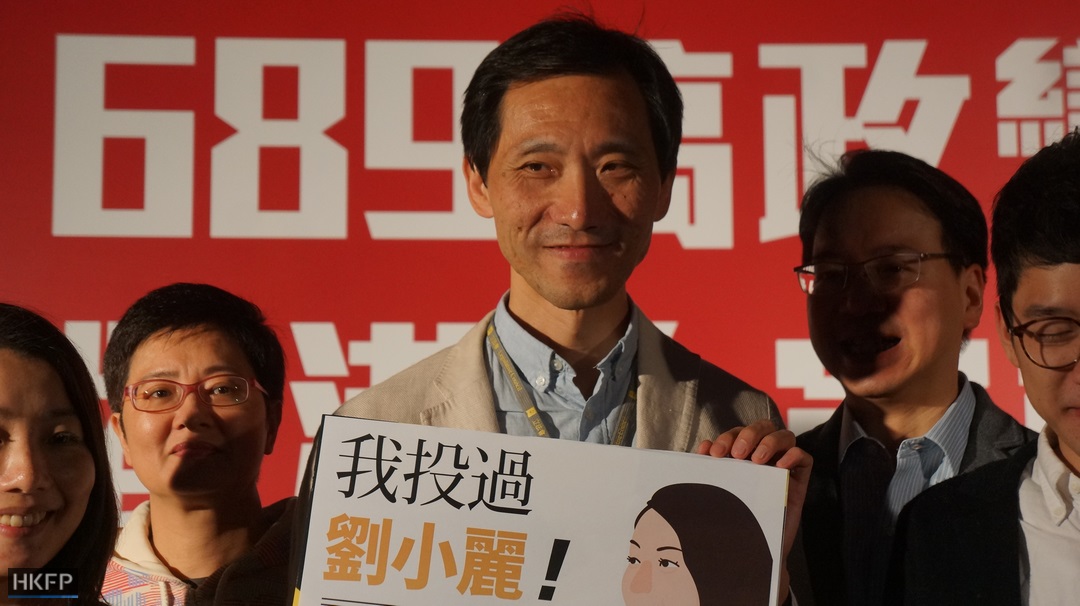 Protesters of all ages gathered for the rally chanting for Leung to “go to jail” over controversial payments from an Australian engineering firm before he took office. Leung has defended the payments saying he did nothing wrong, but it put another dent in his public image.

However, protester Jack Chan, 18, said Leung was not the root of the problem. “It’s China interfering with Hong Kong‘s development,” Chan told AFP.

Another protester at the rally, Mary Lam, who is in her 40s, said Hong Kong was being “mainlandised” by China. 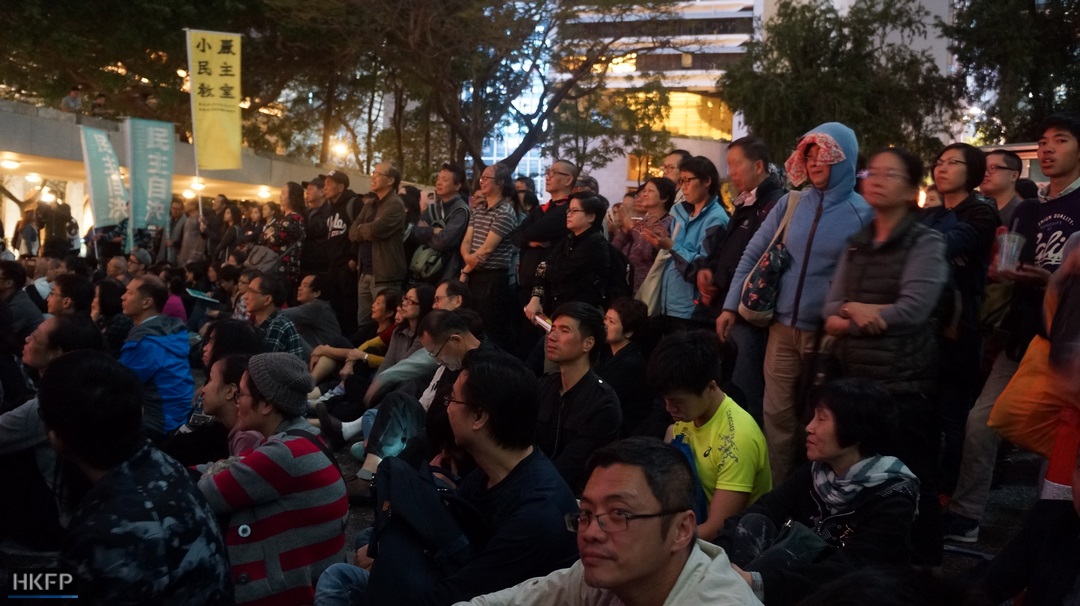 “The pro-establishment camp is hurting Hong Kong, so we need to come out,” she said.

A small group of protesters later went to Leung’s residence at Government House and popped champagne to celebrate his decision to step down. 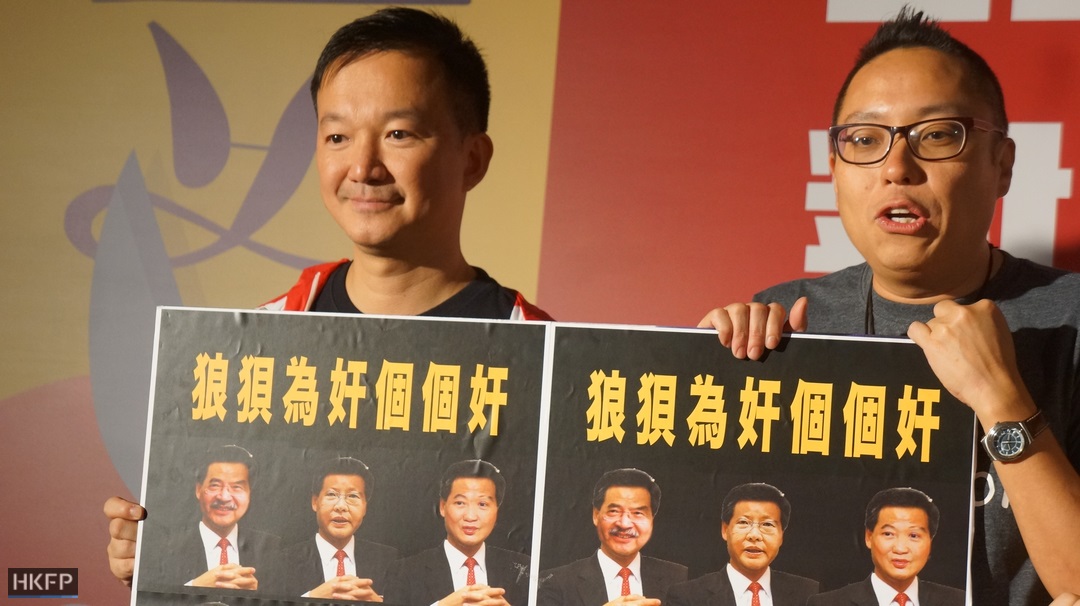 Leung cited family reasons for his decision and denied it was due to his performance. 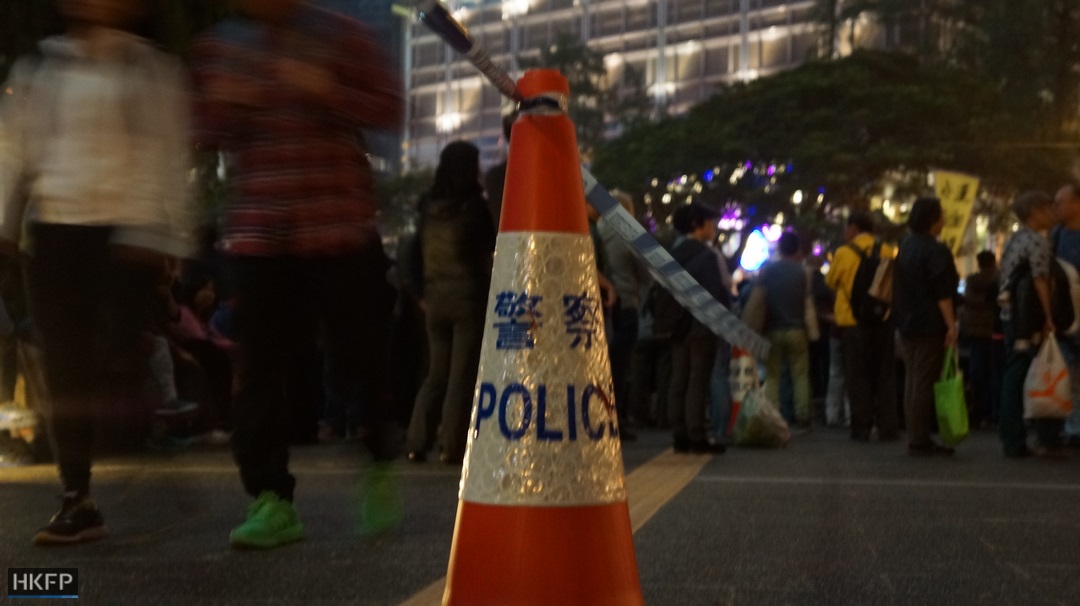 But observers said he was simply too unpopular for Beijing to endorse again.

In Pictures: Around 1000 protest crackdown on pro-democracy lawmakers as election race hots up