After months of delays, the Environmental Protection Department has finally issued tender documents for the controversial Shek Kwu Chau incinerator. This means that the tender is likely to be awarded in about a year’s time and work on the site will start around the second quarter of 2018.

The EPD told HowardWinnReports earlier this year there has been no delay but the tentative timetable in the prequalification documents says that invitations to tender for the Integrated Waste Management Facility (IWMF), as the government likes to call the incinerator, would be sent out in December 2015. However, these documents were only issued two weeks ago so the IWMF project is running a year late. Four groups were prequalified in December 2015 and it was expected that tender documents would be issued shortly afterwards, particularly as the project had been held up by judicial challenges for two and a half years.

According to people familiar with the project, the sticking point has been concerns over how to construct the sea wall that will contain the artificial island on which the incinerator is to be built. After months of internal discussion over the design and whether or not to apply for a variation to the Environmental Impact Assessment, the EPD in October quietly changed the way it was planning to build the sea wall thus clearing the way for the tender documents to be released.

The EPD was intending to construct the island using the same non-dredge method used for the artificial island near Chek Lap Kok airport for the Hong Kong Boundary Crossing Facilities (HKBCF)– the landing point for the Hong Kong-Zhuhai-Macao Bridge. This was the first project for which a fully non-dredged approach was adopted in Hong Kong and it has, to say the least, proved challenging.

The plan for the IWFM, was to follow the design for the HKBCF, and build a sea wall by constructing circular steel cofferdams which rest on the sea bed and are filled with rocks and building rubble. The area encircled by the sea wall would then be filled and drained. This differs from the traditional approach which involves dredging the marine mud and replacing it with sand and fill material. 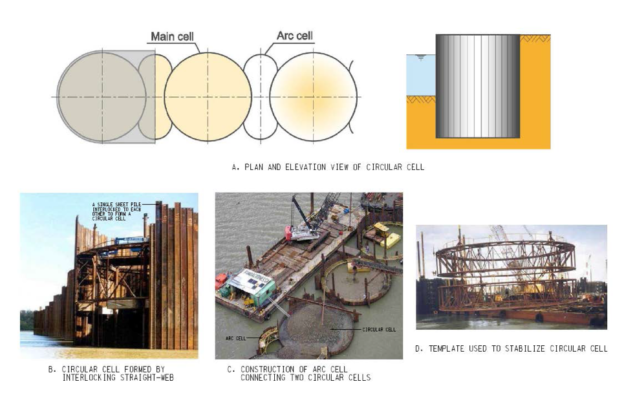 However, as readers of HowardWinnReports will be aware, the non-dredged method at the HKBCF encountered significant technical problems with areas of the artificial island settling at different rates and causing significant movement. These difficulties have led to delays in building on the island. Also, the construction of the various roads and the tunnel that were supposed to connect to the island have been seriously delayed, to say nothing of the massive claims that are building up.

In April, earlier this year this website reported that the EPD was having second thoughts about its preferred method for building the sea wall. The April story noted that the EPD or its consultants Aecom had come to believe that there was a danger that over time these steel cofferdams would rust from the action of the sea with the possibility that the rocks and rubble they contain would fall into the sea resulting in the collapse of the sea wall.

This may well be true, but five years ago when this possibility was raised by a member of the public when the project’s Environmental Impact Assessment (EIA) was opened to the public in 2011, it was loftily dismissed by the government which stoutly defended its cofferdam plan (see here, page 40). “The steel piled cofferdams are totally impractical,” the comment said, adding that it would be impossible to build them during the Northeast monsoon because of the waves generated by the winds. The comment also said that while the cofferdams were being constructed and when completed, they would be vulnerable to the 5-8 metre waves that were generated during typhoons. The comment added that the cofferdams would rapidly corrode in the tropical marine environment and that anti-corrosion measures were not effective in Hong Kong waters. It concluded, “Should the breakwater fail the environmental damage from loss of fill will be far worse than that caused by construction of a more robust breakwater design.”

The government responded to this comment saying that since the construction of the breakwater would only take place between June and November to “avoid peak finless porpoise season,” the potential impact of north / east monsoon to the construction of cofferdams would not be significant.” And as for corrosion, the government replied that “surface coating in the high corrosion zones, combined with cathodic protection, will be applied to the sheet piles to provide protection and retard the corrosion process.” 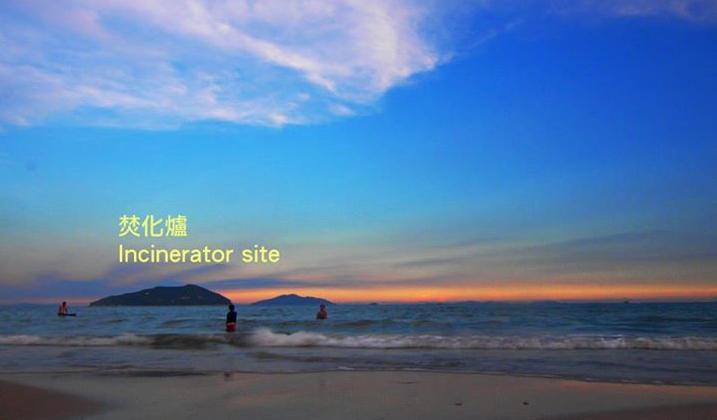 Earlier this year HowardWinnReports became aware that despite its earlier defence of the method the EPD was now concerned about the cofferdams. But it was somewhat coy when asked in April if it intended to change the design of the IWMF sea wall. The department said it was currently preparing “detailed development works to define the project details, requirements and specifications for the preparation of tender and contract documents.” It went on to say: “As part and parcel of the detailed development works for the preparation of the tenders, we are examining the construction methods to take account of the latest and updated data and information available with a view to further improving the performance of the project.”

Two months ago, the EPD quietly applied for a variation to the EIA to enable it to change the design of the sea wall. Since the EPD is the authority for administering the Environmental Impact Assessment Ordinance, it merely had to apply to itself and unsurprisingly gave itself approval.

The variation to the EIA shows that the EPD has abandoned the cofferdam approach despite defending it five years ago and now intends build the sea wall from reinforced concrete blocks. These will sit on the sea bed that will be strengthened by a process known as Deep Cement Mixing (DCM). This involves injecting cement into the marine mud to harden it. (click for site diagram) The potential corrosion may well be a sound reason for changing the seawall design but some people think that the EPD took another look at the design of IWMF sea wall because it was alarmed by the news of the technical difficulties with the cofferdams at the HKBCF which emerged last year.

The question must have been raised within the EPD ‘What if this construction method goes wrong and we have the same problems as the HKBCF?”

It will  have dawned on the civil servants with the EPD that in the event of problems with cofferdams at the IWMF they faced the prospect of having to answer uncomfortable questions in the Legislative Council and a clouding of their career prospects.

Nobody in the EPD would want to risk putting themselves in a position where they could be hauled before a Legislative Council enquiry and asked, “Why did you proceed with this construction method for your project when you knew the HHKBCF had problems with this approach?” So the possibility of “corrosion” provided a convenient but plausible reason to change the design.

But the EPD has opted to retain the non-dredged approach for the reclamation which also carries risks if not carried out properly. The problems at the HKBCF arose out of not giving the reclaimed area sufficient time to settle. The process was rushed because of political pressure and as result too much weight was put on top of the reclamation too quickly to squeeze the water out faster and to achieve settlement more quickly. But rather then squeeze the water out of the marine mud the great weight it was subjected to, emulsified it, effectively turning the  mud into toothpaste.It remains to be seen whether the government has learnt anything from the HKBCF fiasco and does not push the engineers into rushing the project.

While the delays may have resulted in a better sea wall for the IWMF, those familiar with the project say it will have added significantly to its cost.