The president of my university – the Chinese University of Hong Kong – received criticism last week for having briefly used Mandarin in his graduation congregation ceremony speech. Our student senate came together and argued that Joseph Sung “abandoned Hong Kong people’s mother tongue… using the opportunity to please [China], to express your political loyalty, insulted the sacred ceremony – it was shameful.” ‘Shameful’ seems like a word that a disappointed person might use, but is it just about shame? Or political loyalty?

The accusations Mr Sung received are themselves not fair and they are loaded with beliefs and convictions that I hope to unpack here. This incident is not isolated, many would agree on this, but beyond that, I believe it is necessary to understand the historical context in which Cantonese has been used in Hong Kong and what questions this raises about politics and identity. I suggest that my fellow schoolmates should approach these issues without isolating the people they hope to bring on their side. I had been oblivious for the first two years I had been in Hong Kong. The first wake up call came from a friend, I will call her Candy. It was when Candy invited me to go along with her to visit her grandmother at Caritas Medical Center in Cheung Sha Wan. Of course, Candy’s grandmother’s face glowed at the sight of seeing a black man visiting her. She had no shame in looking at me non-stop with awe and curiosity emanating from her feeble  eyes. She began talking to me and I turned to Candy hoping for translations. “I cannot understand, I would have to ask my mom,” said Candy. “What? You don’t understand? Is she speaking Greek?” – I was shocked. It was then I realized that Candy had always had a hard time communicating with her grandmother. Her grandmother was speaking in Chaozhou. For the remaining time in the hospital, I probably understood more of what Candy’s grandmother was communicating than Candy; by reading signs and expressions.

The story of Candy is not an isolated one, it’s the story of many Hong Kong people. When I first came to Hong Kong, I would suggest Sundays as a day to meet and work on group projects with classmates, but now I have given up, since my classmates have to visit their grandparents – though they really can’t understand a word they say, because of the language barrier. Candy’s mother was born in Hong Kong; though grew up speaking Chaozhou at home, her Cantonese is fluent. Candy’s father emigrated to Hong Kong from Chao Zhou, to try to make a life just as many Hong Kong people did. And his Cantonese is now proficient but not fluent. But what language does Candy consider as her mother tongue? She confidently says it’s Cantonese, and she does not see anything a bit off there, and that is the case with many Hong Kong people today. But what really is the historical context that shaped Candy’s quick and confident response? We go back to pre-colonial Hong Kong. Before then indigenous communities mainly spoke Tungkun–Poon, Hakka, Chaozhou and the language of the boat people called Tanka. Things remained so for a while, then a lot more Cantonese-speaking people came in Hong Kong from Canton prior to the Cultural Revolution, working as merchants and seeking fortune. At this time we saw a Hong Kong with more Cantonese-speaking people. If we stop here then we would say, “then that is why Cantonese should be the language of the land”, but looking at numbers would only be problematic considering that the indigenous communities, being the ‘first’ here, spoke other languages as well.

But the story does not end here; there was the Cultural Revolution, which then brought many non-Cantonese-speaking people as refugees to Hong Kong. Mind you, these new arrivals would find their languages being spoken in Hong Kong for centuries already, Hakka and Chaozhou being such examples. The refugees came in huge numbers and that offset the higher Cantonese-speaking population which had formed before the Cultural Revolution. Many illegal immigrants who didn’t speak Cantonese came. And Candy’s father was one of these illegal immigrants who came seeking fortune in Hong Kong and ended up learning Cantonese and living here. 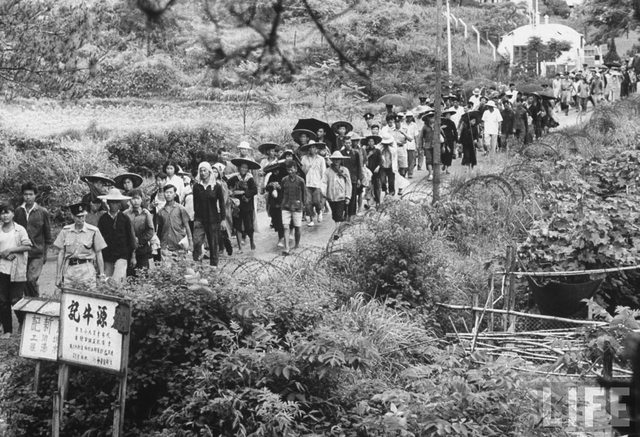 As war and famine ravaged the mainland, hundreds of thousands fled to British Hong Kong during the 40s, 50s and 60s. Photo: LIFE.

But one would wonder if then the populations were more balanced and more languages were spoken by a significant number of people, how then did Cantonese end up dominating? Was it a historical accident? The answer is television; ATV since the 1950s and then TVB since 1960s. The two major television channels adopted Cantonese as their main language, and everybody in Hong Kong was watching the same things then. It is at this time that Cantonese came to be ‘constructed’ as the language of the land.

This was the critical time I argue; whatever language ATV would have adopted would undoubtedly become the widely spoken language today. Imagine what then would we be saying to President Joseph Sung– I imagine something like-“Betrayal! Betrayal! Speak Hakka, don’t be such a disgrace to our identity as Hong Kong people— that’s shameful!” Speaking of identity; so much ‘worse’ is happening, I argue. It is tempting to focus much on such spectacular things as the use of Mandarin by people in authority, but it is also necessary that we look at how Hong Kong society is forming as a whole and how this farce about language is in way tied to how we imagine ourselves and what the future might behold for us. 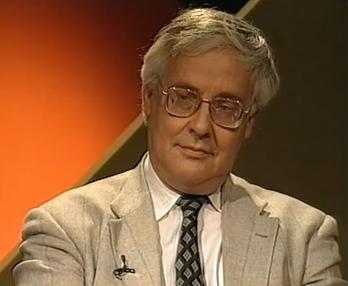 I have observed a very fascinating happening in Hong Kong. Benedict Anderson in his probably the most cited phrase, “imagined communities” sheds light into the issues of identity crisis we face in Hong Kong today. I volunteer in Children’s church and also give various talks in primary and secondary schools. My interaction with these communities has made me realize that my university friends, aged 19 to 24, are probably the prodigal sons: an isolated generation which might forever be isolated if they does not act differently, and this is the worse thing I mentioned above . Isolated in what way, one may ask. I like to listen to conversations on politics and identity among kids, and it is not surprising to find them confused and wondering why their older brothers and sisters do ‘barbaric’ acts in political landscapes. This ‘barbaric’ acts not only confuse the kids, but also disgust them.

The thing I am becoming confident of is that the younger kids really do not share the same identities and political convictions that their older brothers and sisters share . The age at which my university friends are living now has shaped their identity; and their imagined community tend to be held together by the strings of anti-Beijing sentiments. Sadly these strings are not as much shared by those older than them and by those younger than them, which make my university friends an ‘isolated generation’. In a certain way they isolated themselves by isolating everyone else. The approach that my university friends adopt e.g bullying people into identifying with them as they just did to Mr Joseph Sung– makes their claims even less appealing to the young ones.

I think this will do more harm than good. My prediction is rather pessimistic: the 19 to 24 year-old of today will forever remain an isolated group unless they clearly communicate their hopes and frustrations to the younger ones. But as long as they express themselves by throwing bricks, their message would only be misinterpreted by the older and the newer generation. I understand that my observations on the isolation of the 19 to 24 year-olds may not sound very scientific, but I believe it is worth thinking about. It is mainly the 19 to 24 year olds who tend to feel uncomfortable whenever mandarin is uttered. And several conversations with all kinds of students gave me the impression of ‘the isolated generation’. Is it because the young ones are just too busy with homework now ? Time is the best prophet! In the end, it is important to be aware that identities we subscribe to are not sacred as CUHK student senate tend to believe. Like the use of Cantonese in Hong Kong, one might even want to call it an historic accident which, to some degree, was tied to the choice of television channels. And this should hopefully help us rethink on what a Hong Kong identity really is. Can it be honestly tied to Cantonese? The notion that there is one particular Hong Kong identity, and anyone who does not agree is a sellout to the Beijing government, is itself not only an illusion but a corrosion of Hong Kong’s true core identity —  multicultural, a city of refugees, and where illegal immigrants – like Candy’s father who dared to learn Cantonese – can be identified as Hong Kongers. Going around labeling people who do not speak Cantonese in the fashion we want or choose to speak in a language they are more comfortable with, as sellouts, would isolate not only people like Candy’s father but also the younger kids whose friends may never really get to speak ‘proper’ Cantonese in their entire life. These kids would not identify with such an exclusive rhetoric, though unintentional. Maybe Donald Trump could win an election by bullying and isolating other people, but it may not be a good strategy in Hong Kong to fight for a cause using exclusive rhetoric and bullying people. In Nyanja, a language commonly spoken in Zambia, we have a saying “wanyela pogona” which translates to ‘you have defecated where you sleep’. It is my hope that no matter how frustrated we get, we should consider not to defecate on our beds; by isolating those like Joseph Sung who give us platforms to freely express ourselves.

Imagined communities and the zeitgeist of Cantonese