China hopes for “early results” in negotiations for a giant Asian trade pact, its foreign ministry said Tuesday after US President-elect Donald Trump vowed to ditch a rival deal, the Trans-Pacific Partnership.

.@transition2017 update and policy plans for the first 100 days. pic.twitter.com/HTgPXfPWeJ

Trump pledged in a short video message to signal the US’s withdrawal from the TPP — a vast, arduously negotiated agreement between 12 countries that does not include China — on his first day in the White House.

The TPP is the economic plank of outgoing US President Barack Obama’s strategic rebalance to Asia, and the US’s departure from the pact would render it toothless.

Analysts say the move could give Beijing — which backs the alternative Regional Comprehensive Economic Partnership (RCEP) — an opportunity to forge ahead with its own trade deals and fill a vacuum left by any American withdrawal.

RCEP brings together the 10 members of the Southeast Asian grouping ASEAN plus China, India, Japan, South Korea, Australia and New Zealand, but notably excludes the US. China hoped that trade agreements would “reinforce each other rather than undercut each other”, Geng said.

Shanghai University of International Business and Economics professor Bin Jiancheng told AFP that an American withdrawal from the TPP would “give China some opportunities and time to promote economic integration in Asia, including RCEP” and to expand its influence.

He noted that the Asian giant’s major role in global commerce — it is the world’s biggest trader in goods — would protect it from being isolated or threatened by the TPP, whether or not the US took part.

But it would still be hard to overtake the US’s prominent global position. 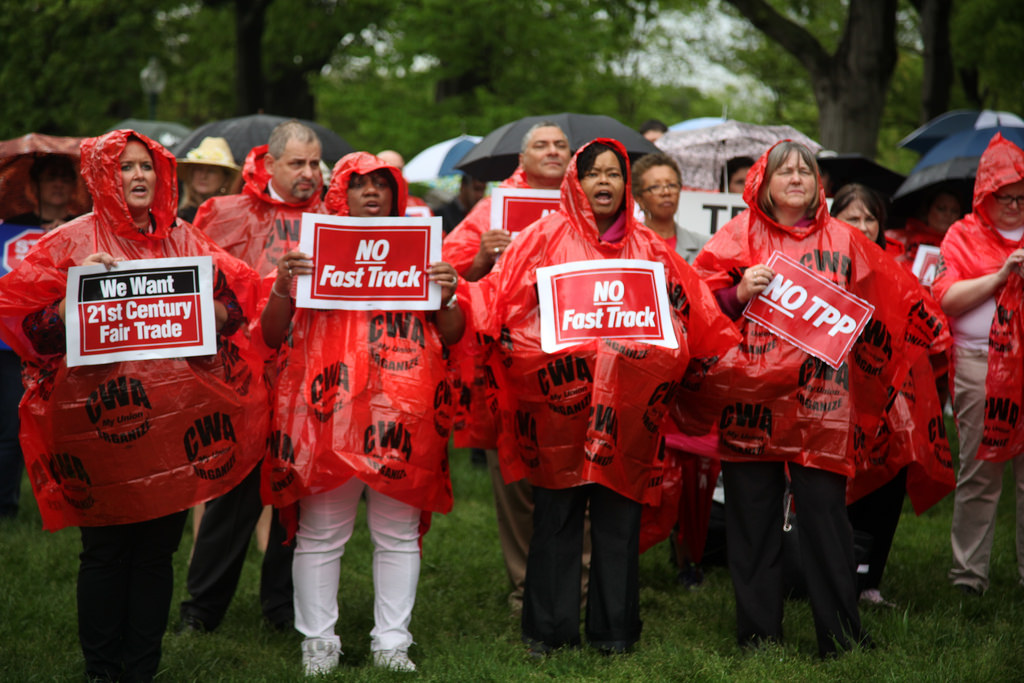 “Even if the US really does not go through with TPP it will still use other methods to maintain its leading role, and its ability to set rules in the Asia-Pacific region,” Bin said.

In a Chinese-language editorial Tuesday, Communist party mouthpiece the People’s Daily said China-US relations were “too big to fail”.

It stressed the “special responsibilities” the pair had as the world’s two largest economies.

“It’s not difficult to foresee that China-US cooperation can bring huge benefits to both countries and the world, but if there is constantly friction between them or even confrontations, it will bring disaster” to all, it added.