I do not usually write about American politics. This is partly because I think it is really nothing to do with me, and partly because I am a bit wary of opinions, even my opinions, based only on media reports. Still, there are some debts which have to be paid. So I would like to express my gratitude to the American electorate for choosing Mr Donald Trump as their next president. I suppose that this interesting choice had other purposes, but it has saved me a great deal of embarrassment. For weeks I have been fielding questions, often from Americans, along the lines of “How could Brits have been stupid enough to vote for Brexit?” Well I imagine this question will now fall out of style. Because voting for Brexit may have been stupid, but voting for Mr Trump was crazy.

I have occasionally seen Mr Trump’s television show, “The Apprentice”. As a game show judge Mr Trump makes Simon Cowell look like St Francis of Assisi. As well as being obnoxious to the vulnerable, he has other qualities, it seems. He is stupid, bigoted, dishonest, lecherous, has no relevant experience and is almost as old as I am. 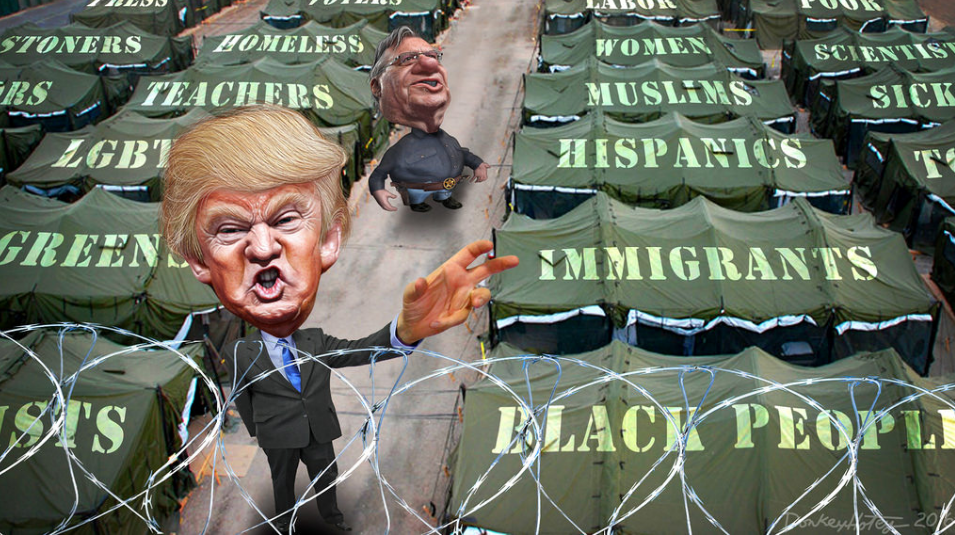 I feel for the writers of future guides to etiquette, who will have to confront questions like how, as a well-brought-up young lady, do you politely tell the President of the United States to take his hand off your pussy?

Well we mustn’t wallow. Indeed I fear I may already have given grave offence. I would like to thank the reader who sent me a quotation from one of the Americans I most admire, H.L. Mencken, which goes like this: “As democracy is perfected, the office of president represents, more and more closely, the inner soul of the people. On some great and glorious day the plain folks of the land will reach their heart’s desire at last and the White House will be adorned by a downright moron.”

Perhaps we are not quite there yet. Anyway, Americans are entitled to the president of their choice. But please do not refer to your latest selection as the “leader of the Free World”. Some parts of the Free World still have standards.