Last month, Hong Kong and representatives from over 180 countries gathered in South Africa for the world’s largest-ever wildlife trade meeting – the 17th meeting of the Conference of the Parties (CoP17) to the Convention on International Trade in Endangered Species of Wild Fauna and Flora (CITES). This was the largest and most ambitious CITES conference yet, and in many ways it was also the most successful, with the country delegates making a number of major decisions.

The most significant outcomes involved maintaining the international ban on trade in ivory and rhino horn, and adopting global bans on the trade in pangolins and African Grey parrots. The conference also imposed strict regulations on the trade in silky sharks and thresher sharks, devil rays, and all species of rosewood tree. So what do the CITES successes mean for Hong Kong?

There were a record-breaking number of issues on the agenda at this year’s meeting, and many of these saw significant forward movement. Most notable was the unity displayed by the participants when it came to addressing the nations which have a legal domestic ivory market that is contributing to the illegal trade. The decision was made to call on these nations to urgently take all necessary legislative, regulatory and enforcement measures to close these markets. After many gruelling hours of debate in closed door working groups, this non-binding decision was adopted by consensus. China’s clear support for the decision to close these domestic markets demonstrates particularly significant progress. China has already committed to phasing out its large domestic ivory market and clearly believes that other countries should follow suit.

That the demand for ivory in Asia remains strong may be appalling to many in Hong Kong, but it is a fact that must be acknowledged. Another unpleasant fact is that, having become adept at using regulated markets like ours to launder and sell illegal ivory, traders continue to service this demand. This complex situation is making the enforcement of regulations extremely challenging. To move things forward, governments in China, the U.S. and Hong Kong have all committed to introducing bans on the sale of ivory in their domestic markets. These commitments are encouraging, and WWF fully supports the efforts of the Chinese and Hong Kong governments to close their domestic markets as soon as possible. This would send an unmistakable signal to the world’s other major ivory markets – such as Thailand – that they need to follow suit. 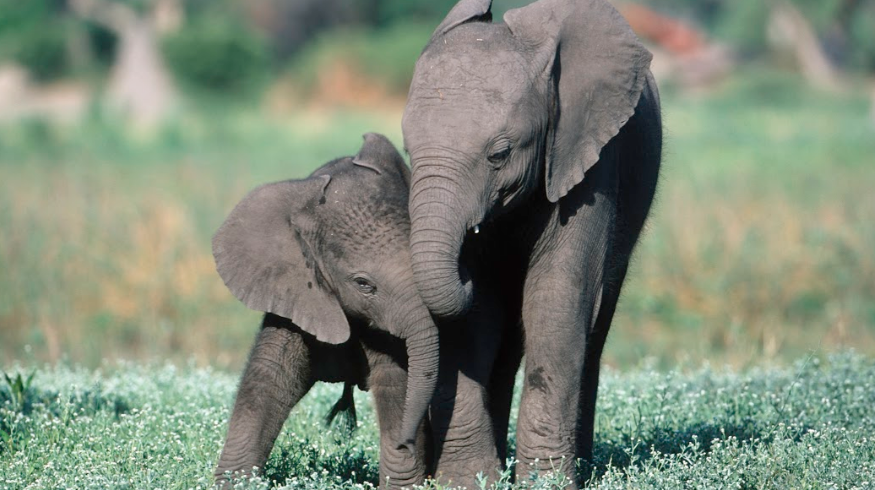 For the first time in history, the conference participants also officially debated and adopted resolutions on a number of critical cross-cutting issues relating to the illegal wildlife trade. These included corruption, the reduction of consumer demand for threatened wildlife species and their parts, and calls to bolster implementation and enforcement measures which will ensure that trade regulations provide more than just “paper protection”.

It is both timely and encouraging that the Hong Kong government has just proposed amending the Protection of Endangered Species of Animals and Plants Ordinance (Cap.586). This will be a single legislative exercise which will begin to phase out the local trade in ivory and at the same time review and increase the existing penalties under the Ordinance. The government proposes to increase the maximum penalty from “$5,000,000 and imprisonment of two years” to “$10,000,000 and imprisonment of four years”. However, WWF believes that the proposed penalties are still manifestly inadequate, as the current maximum fines and terms of imprisonment are rarely imposed. Between 2011 and 2013, most successful prosecutions resulted in fines ranging between $20,000 and $60,000. Furthermore, these prosecutions only involved “mules” carrying wildlife products across borders, rather than the criminal networks behind them.

WWF recommends a more fundamental set of revisions: Hong Kong needs to properly address the seriousness of wildlife crime by listing it on Schedule 1 of the Organized and Serious Crime Ordinance (OSCO), and hold criminals answerable to penalty levels consistent with other indictable offences of a similar nature, i.e. a multi-million dollar fines and imprisonment of up to 10 years. Increasing the penalties thusly will ensure an adequate deterrent effect. As well as enhancing the deterrent effect for smugglers, increasing these penalties will also ensure that the Hong Kong Police Force and the Customs and Excise Department will be able to play a much greater role in investigating and prosecuting those suspected of involvement in wildlife crime – by investigating their finances for example. This will ensure that the organizers and kingpins of wildlife crime networks can be investigated, prosecuted and brought to justice, rather than just the carriers of smuggled wildlife products. Today, wildlife crime is highly organized and driven by transnational crime syndicates. This rampant illegal killing and trafficking is threatening not only rare and precious species, but the lives of many brave wildlife rangers. The outcomes reached at CITES CoP17 offer hope for a brighter future for humans and the natural world. The conference laid out a solid framework for international governance and communicated global expectations to all governments, sending a strong message that they will be expected to step up their efforts. With Hong Kong’s Chief Executive committing to close the local ivory market and review the city’s penalties and sentences for wildlife trafficking, there is now a genuine opportunity to transform Hong Kong from a favoured smuggling hub into a place that organized gangs and would-be smugglers will avoid in the future.

Cheryl Lo is a WWF-Hong Kong Wildlife Crime Officer and delegate to CITES CoP17 in South Africa. Gavin Edwards is a Conservation Director at WWF-Hong Kong.

What do important decisions made at wildlife trade meeting mean for Hong Kong?