On Tuesday night, across the United States, Hillary Rodham Clinton, despite her e-mail albatross, is likely to be declared the country’s 45th president. Billionaire Donald J. Trump can then go back to building monuments to himself and perhaps achieve even greater success on reality television as a wannabe national leader, following the stellar example of Russian President Vladimir Putin.

While that result is by no means certain in what has been a long, shambolic circus of a campaign, polls in important swing states are still bending, albeit less so, in Clinton’s favour. Come Tuesday, if she manages to hold on to her lead and thus win the US presidency, you might want to pause at the historic moment of that announcement and listen for the collective, worldwide sigh of convulsed relief.

It should be audible in every corner of the globe and maybe even register on the Richter scale—although, of course, if Trump triumphs, the reading will be far greater. While this presidential campaign has been an unedifying farce of innuendo, misrepresentation and outright lies, the consequences of Tuesday’s vote could not be more serious for the US. And also for a world that, like it or not, has to live with this cultural and political colossus, adapting to and at times suffering from its earth-tilting shifts in mood, tone and policy. Make no mistake about it, under a Trump presidency, the pain would be felt far beyond the borders of the US.

For many Americans who, like this writer, live abroad, the Trump candidacy has been a toxic mix of racism, sexism and nationalism that has cast an embarrassing light on the darker side of the American psyche for all the world to see.

And a Trump presidency would be—to string together several favoured terms and phrases from the candidate’s own ever-ready bank of hyperbole—a great, amazing, tremendous, unbelievable, total disaster—I mean, so bad, really bad. American expatriates were obliged to lie low during the eight calamitous years of the George W. Bush administration, which began with Bush winning the 2000 presidential election although he actually received fewer votes than his Democratic opponent Al Gore (an outcome always fun to explain to bemused non-American friends and colleagues), continued with what then Secretary-General of the United Nations Kofi Annan condemned as an “illegal” American war waged against Iraq. and concluded in 2008 with the country’s biggest economic collapse since the Great Depression of the 1930s.

We thought those were bad times for the image of Americans abroad; if Trump wins, however, and his wilful ignorance and runaway narcissism come to represent a new brand of US leadership on the global stage, then it may be time for American expats to go incognito, pretend to be Canadians (yes, Justin Trudeau!) or perhaps even change nationalities altogether.

Rumour has it that some Pacific island nations put up passports for sale at a reasonable price; if so, in case of a Trump victory, they may want to rethink that practice as they could wind up being colonised by disaffected Americans. 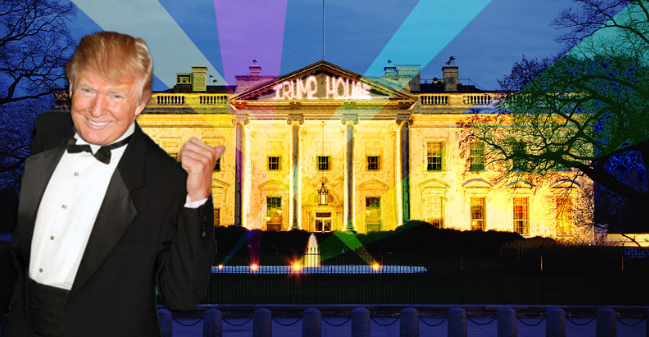 At this crucial point, let’s hope US voters can put aside Clinton’s unending e-mail woes as well as Trump’s alleged sexual transgressions. Those were titillating diversions in the down and dirty rough-and-tumble of US politics, making these last several weeks of a dispiriting campaign look like a battle between two equally despicable caricatures: Crooked Hillary v. Donald The Lech.

We should not belittle the charges against either candidate. Clinton’s decision to use a private e-mail server for state business during her four years as secretary of state showed remarkably poor judgment, and the sexual assault claims against Trump (not to mention the candidate’s own crass boasts, caught on video, of the unfettered sexual license he feels his fame has afforded him) are disturbing to say the least. 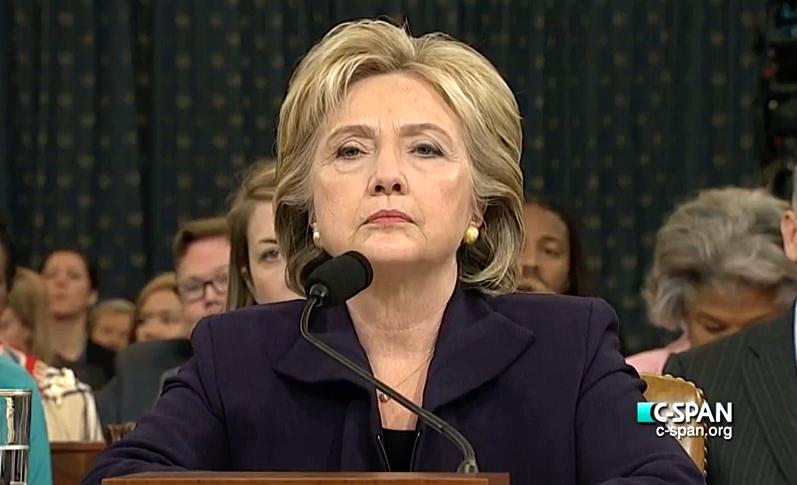 In the end, though—Trump’s demagogic denunciations to the contrary—Clinton will not be charged with a criminal offence for her e-mail transgressions while Trump’s accusers have offered no proof to support their claims.

But that didn’t stop most of the American media from happily turning these sensational, audience-enhancing side issues into the main issues. Hey, scandal sells; policy and substance not so much.

But here’s the real point: while the Trump campaign may be hoping that voters will decide this election based on some sort of distorted scandal scale—in the end judging him merely a smutty cad and egotist but her (in Trump’s typically overwrought words) “the most corrupt person ever to seek the presidency”—the real scandal in this election is Trump himself.

President Donald J. Trump? That was once a bad joke that a hopelessly divided, ideologically bankrupt Republican Party then turned into a terrible nomination that has now morphed into the meanest, dirtiest, most dishonest US presidential candidate in modern history. Given the high stakes and nasty nature of American presidential politics, that’s saying a lot.

The only way Trump—who has never held public office and apparently thinks he can run a vast and diverse country of 325 million people almost entirely on bluster and bombast—could ever win this election was to tear down his opponent to the point where she seemed an even worse choice than him.

With big assists from Clinton’s bad judgment, WikiLeaks and James Comey—the Republican director of the FBI who turned what looked like a comfortable Clinton victory into a nail-biter when, 11 days before the election, he informed congressional leaders that the agency had reopened its investigation into her e-mails—Trump has had considerable success in his relentless attacks on his rival’s integrity.

From the beginning, the real-estate mogul’s only chance of winning was to make the race a choice between the lesser of two evils. Unfortunately for Trump, he still probably represents the greater evil to most voters.

That such an unsavoury candidate was ever nominated is a reflection of the self-destructive divisions within the Republican Party, many of whose leaders disowned Trump after he won the nomination over much better informed, more moderate adversaries—such as Florida Senator Marco Rubio and Ohio Governor John Kasich—who probably would have defeated the scandal-stricken Clinton in this election.

Thrusting the moderate wing of the party to the curb, voters in Republican primaries chose a billionaire huckster who delivered a great sales pitch to the party’s so-called “base” —which includes a sizeable collection of racists, sexists and nationalists (Clinton got zapped for calling them “a basket of deplorables”) who are disproportionately, like Trump, ageing white males watching with angry alarm as their country becomes increasingly multiracial and multicultural.

Trump may be a uniquely American personality, but his anti-immigrant, anti-Islam, anti-globalisation message is echoed in this summer’s ill-advised Brexit vote in the United Kingdom and in the rise of rightist parties in continental Europe. A Trump presidency would be the greatest coup yet for these dark, reactionary forces that stand resolutely against progress and cooperation in relations between peoples and nations.

Yes, Clinton made a huge mistake when she chose to conduct state business on a private server, but she is also an internationalist with a long and proven record of competence and commitment to social and economic justice. As her supporters, among them President Barack Obama, are wont to point out, she may be the most qualified person ever to seek the White House.

Ironically, her long record of government service, which includes eight years as first lady during Bill Clinton’s presidency and another eight years as a US senator representing the state of New York, has become a big knock against her—with Trump and his followers depicting her as a Washington insider seeped in a corrupt, dysfunctional system crying out for the kind of radical shake-up that Trump promises.

The dissatisfaction with the status quo in Washington is very real, but Trump is not the answer. The world has enough angry white men. We don’t need another one as president of the United States.

On Tuesday, let’s hope, that job will for the first time be handed over to a woman.

US expats could have a hard time explaining this one: President Trump