A Hong Kong newsmaker is chosen each month by HKFP. Click here to view previous nominees. Keisha Siriboe is selected as HKFP’s Person of the Month for October 2016. The deaths of two black men in July and two more in September in the US prompted her to bring the movement to Hong Kong. Siriboe told HKFP that she tried to cope with the shootings of Alton Sterling and Philando Castile by organising a discussion at a jazz lounge in Hong Kong in July. Seeing footage on social media and then going about her daily life in the city was like living in a parallel universe, she said. Then in September, after Terence Crutcher and Keith Lamont Scott were killed, she said that was when Stay Woke really took off. Siriboe said she hopes to go beyond merely spreading awareness and aims to encourage people to think critically about social injustice – as a form of academic activism.

Siriboe said Stay Woke HK speaks to a community of expats who, like her, are dealing with the trauma of the shootings but who have no way of coping with it because the people they interact with in daily life may not be aware of the events at all or feel the same way about them.

She also wants to create a safe space online where people can discuss issues of social justice in a way this is non-confrontational and allows people to interact without fear of being criticised for being ignorant.

“What I saw online that inspired Stay Woke was too many dialogues that felt like people moved from anger to action,” she said. She said she hopes that people can look past opinion and have a space to talk honestly about how they felt about the issues.

Another reason behind Stay Woke HK is that Hong Kong has its own racial issues, Siriboe said, although they are very different from those in the US. 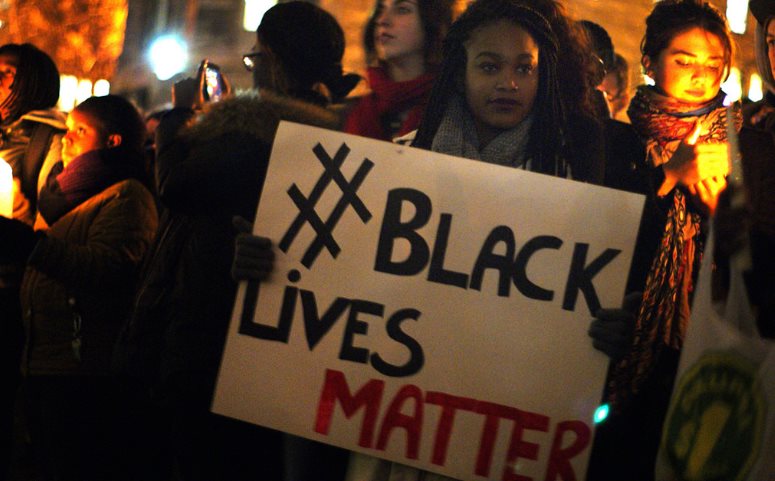 “Unfortunately, sometimes, you do run into issues of race, where people are treated differently,” she said, “and so the need for dialogue around that can also be fostered.”

Although Siriboe launched the initiative with very little advertising and she is the only one posting on Stay Woke HK platforms, it has already reached beyond Hong Kong, with people back in the US telling her that they follow the page for updates on the movement.

Siriboe also runs a social enterprise called Stories of Us, which promotes reading aloud in English among parents and their children.

She said Stay Woke can help her bring in more multicultural titles into the project, so that children can start becoming aware of racial issues at a young age.

“Injustice, I think, is a powerful, powerful platform to connect people and get us to think beyond our personal narratives.”