Secret talks between the Vatican and Beijing are raising hopes of a “historic” rapprochement after six decades of estrangement, but some Chinese clergy fear that Rome will accept a Communist stranglehold over the country’s Catholics.

Since becoming head of the Holy See in 2013 Pope Francis has tried to improve relations with the Chinese government in the hope of reconnecting with Catholics in China who are divided between two denominations, loyal to either Rome or Beijing. But opponents — among them the respected Hong Kong Cardinal Joseph Zen — say the agreement risks abandoning loyal believers and amounts to a deal with the devil.

Since January, Chinese and Vatican officials have met at least four times, including in Rome, to try and resolve the delicate issue of the appointment of bishops — the heart of the dispute.

Each side has long insisted that it should have the final say on the issue — the Vatican as God’s representative on Earth, and the Communist party as the final arbiter on all issues in China.

“We’re hoping for a very important, historic agreement that we’ve been waiting for for nearly 70 years,” said Jeroom Heyndrickx, a Belgian priest who has been involved with Chinese Catholics since the 1950s and is closely following the discussions. 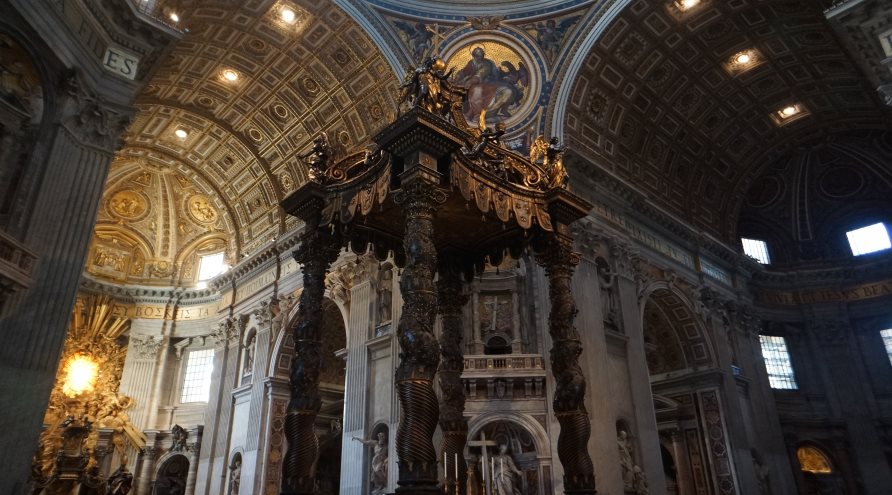 “A Chinese delegation will head to Rome at the beginning of November for a last round of negotiations,” said Heyndrickx, acting director of the Ferdinand Verbiest Institute in Leuven, which studies Catholicism in China.

China and the Vatican have not had diplomatic relations since 1951. The country’s roughly 12 million Catholics are divided between the government-run Chinese Patriotic Catholic Association (CPCA), whose clergy are chosen by the Communist Party — but sometimes accepted by Rome — and an unofficial church where bishops named by the Vatican are not recognised by Beijing, but sometimes tolerated.

But earlier this year the pope sent greetings to Chinese President Xi Jinping and said he was an admirer of Chinese civilisation. Xi responded in September with a gift of a silk print of an 8th-century stele — a nearly three-metre tall carved stone tablet — from Xian, the earliest known trace of Christianity in China. The agreement is currently expected to see the Vatican recognise four out of the eight CPCA bishops it does not currently acknowledge, according to Father Heyndrickx. Beijing could also name two new bishops in Shanxi and Sichuan provinces with Rome’s blessing.

The two would also agree on how to select future bishops.

“Rome could accept a situation in which the final nomination is made by the pope,” Heyndrickx adds. But it was not clear whether the Vatican would have a choice of candidates.

Crucially, the agreement will not address the 30 bishops consecrated by Rome but rejected by Beijing.

“Their fate will certainly not be resolved in the near future,” said Father Heyndrickx.

Even if Beijing agreed to recognise them, he predicted, “I am convinced that they would refuse to join the Patriotic Association.”

Chinese Catholics are divided over the prospect of an agreement, with Cardinal Zen — who spent seven years teaching in the official church in the 1990s — the most high-profile opponent.

The Chinese Communist party is officially atheist and Zen said of the CPCA: “They don’t believe in God, they don’t understand what is the church. They only have political considerations.”

He contrasted the Pope’s approach with that of his predecessor John Paul II, who lived under both Nazi and Communist rule in Poland and played a key role in the advent of democracy in eastern Europe. “Communism is a terrible totalitarian regime and people who haven’t experienced that find difficulty to understand that,” Zen told AFP from Hong Kong.

Pope Francis, he said, “wants to make peace with everybody, that’s very good, but sometimes I think the reality is cruel”.

For Francesco Sisci, a researcher at Renmin University who has been following Vatican issues for decades, the split in the Catholic church in China is more than political.

“The Catholic church is split between factions that hate each other,” he explained. “In the same area, you have two bishops rivalling for power, for money.”

Zen described the CPCA’s members as “puppets of the government” who have profited from their positions.

If Rome recognised it, he added, Beijing could feel emboldened to “eliminate” the underground church, whose members would be left “desperate”.

Vatican authorities “say they hope that by this agreement, the people may live their faith peacefully,” Zen said. “But if there is no freedom there is no peace.”