The usually frenetic streets of Hong Kong were deserted Friday as the city went into lockdown for Typhoon Haima, which has killed at least eight people in the Philippines.

Flights were cancelled, roads were clear of cars and pavements empty, with schools and offices shut as the storm loomed southeast of Hong Kong.

Trading on the city’s stock exchange was postponed and was unlikely to resume Friday. 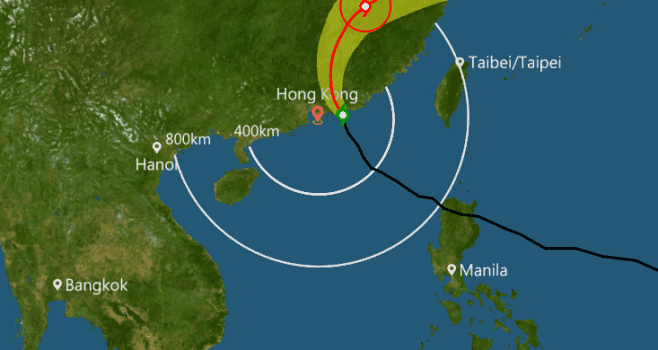 At 11:00 am Haima’s centre was 130 kilometres (80 miles) away and was expected to come closest to the city around noon, before hitting southern mainland China.

“Seas are rough and there are swells. Members of the public should stay on high alert, stay away from the shoreline,” the observatory said, with wind speeds expected to reach more than 60 kilometres per hour. 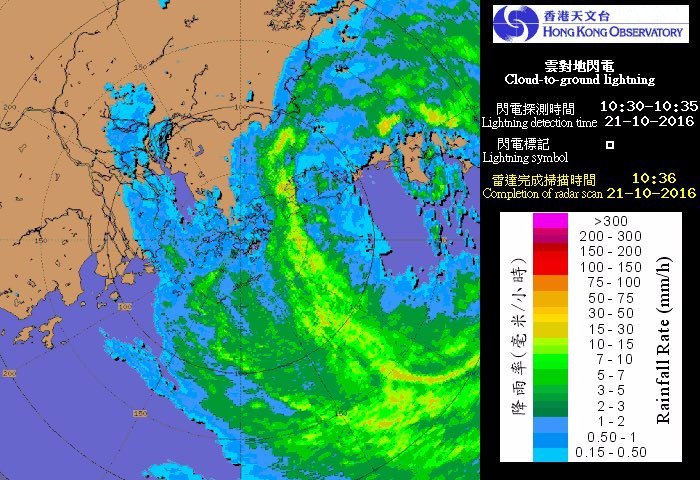 Despite the warning, some residents headed to the harbour to take pictures of waves, while lone anglers also tried their luck.

On the waterfront in the western Hong Kong neighbourhood of Kennedy Town, residents stood next to roadside coastal barriers to get soaked by waves.

The surfers are out at Shek O Beach before the rains set in #TyphoonHaima #Haima pic.twitter.com/oedWuFMN1b

“I’m actually happy about the bad weather because now we get a holiday,” said Louisa Li at a housing complex in east Hong Kong.

She had brought her baby down to “feel the wind”, she told AFP as her husband took photos.

#TyphoonHaima causing a run on grocery stores. Mainly I think this is more need for social interaction than fear of shortage. pic.twitter.com/lbmxnMDK13

There was heavy rain Friday morning and winds picked up. Gusts were up to 98 kilometres per hour, the observatory said, with trees felled.

Five hundred flights have been cancelled in and out of Hong Kong, according to the city’s airport authority, with others facing delays.

Flagship carrier Cathay Pacific said it expected “significant disruptions” to its flights between 11:00 am and 10:00 pm Friday.

The government has set up 20 shelters around the city.

Haima, which means “seahorse” in Chinese, had already wreaked havoc in the Philippines where it brought ferocious gales and landslides.

Tens of thousands of homes were destroyed and at least eight people killed.When it hit the Philippines late Wednesday night, Haima was categorised as a super typhoon.

It brought winds similar to those of catastrophic Haiyan in 2013, which was then the strongest storm to strike the disaster-prone Southeast Asian archipelago and claimed more than 7,350 lives.

Thursday night saw a citywide swoop on supermarket shelves in Hong Kong with massive queues as residents stocked up ahead of the storm. Some shops boarded up windows to protect against wind-borne debris.

The city is expected to remain in lockdown for most of Friday until the storm passes.

It comes after a week of downpours in Hong Kong which brought severe flooding to some parts of the city.

Traffic was caught in torrents of water flowing down main roads on Wednesday as the observatory issued its severest “black rainstorm” warning.