Former president of the Legislative Council Jasper Tsang Yok-sing has said that the government, the pro-democracy and pro-Beijing camps are all “losing parties” following last week’s swearing-in session, during which Youngspiration lawmakers Yau Wai-ching and Sixtus Leung Chung-hang made anti-China gestures.

Yau and Leung altered their oaths last Wednesday, were subsequently rejected. Incumbent Legislative Council President Andrew Leung Kwan-yuen allowed the duo to retake their pledges despite strong opposition from the pro-Beijing camp. But Yau and Leung were unable to be sworn in on Wednesday as pro-Beijing lawmakers staged a walkout. Chief Executive Leung Chun-ying and the Department of Justice also filed an unprecedented judicial review against the LegCo president’s decision on Tuesday in an effort to block Yau and Leung from retaking their oaths. Although the government was granted leave for a judicial review, it has been criticised for interfering in the internal affairs of the legislature and disregarding the principle of separation of powers.

Tsang wrote in newspaper AM730 on Thursday that the actions of the government, pro-Beijing lawmakers and the Youngspiration duo had not led to any reconciliation between the parties. “Everyone loses,” he said.

In defense of his successor’s decision on the second oath taking, Tsang said that the ruling of the president may not meet the expectations of every stakeholder, including the government. “There are always different interpretations of the law and LegCo’s rules of procedure, and a consensus on what is ‘right’ and ‘wrong’ among all parties may not be possible,” the former president of the legislature said. “Sometimes, the rulings of the LegCo president may inevitably be controversial.”

“More importantly, rulings that are in strict accordance with the law and procedure may not be considered ‘good’ political decisions,” he added.

Tsang said that Andrew Leung’s decision to allow the Youngspiration duo to retake their pledges “must have been made after carefully considering the relevant laws and rules of procedure.”

“[Leung] has not only listened to the advice of LegCo’s secretariat and legal advisors, but he has also consulted outside senior counsel,” he said. “He has duly fulfilled his duty as LegCo president.” In 2012, Tsang asked former lawmaker Raymond Wong Yuk-man to retake his oath after Wong replaced words like “Special Administrative Region” with coughs in his pledge. In his second swearing-in, Wong read the full names of China and Hong Kong at an unusual pace, and shouted “Overthrow the Chinese Communist regime, down with CY Leung” immediately after his pledge.

Former president of the Legislative Council Andrew Wong Wang-fat has said that it is unwise of the government to challenge the ruling of the legislature’s president. 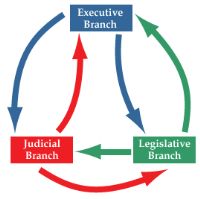