Hongkongers shared photos and videos of the sudden Black Rain downpour on Wednesday. Below are some of the most dramatic clips doing the rounds on social media. Click here for a full update on the incoming typhoon.

Tai Tam Reservoir Bridge closed due to flooding, cutting off the South Side of Hong Kong Island. pic.twitter.com/K2IfUcb0kL

According to the Observatory, Typhoon Haima will move across the northern part of the South China Sea on Thursday and will move progressively towards the coast of Guangdong. Local winds will strengthen gradually overnight. The Observatory may issue the Strong Wind Signal, No.3 later on Thursday. 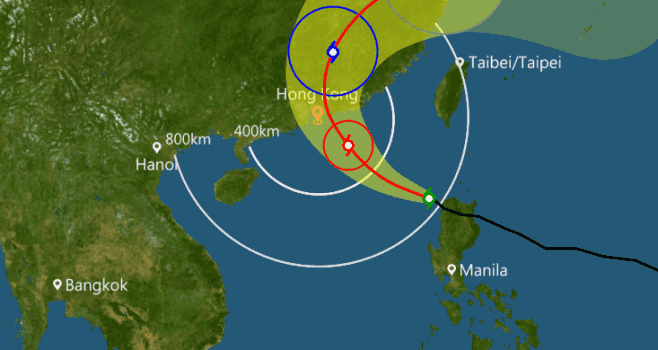