The Observatory issued the Strong Wind Signal No.3 at 8:40pm as Typhoon Haima heads towards Hong Kong after battering parts of the Philippines. The T8 signal may be hoisted on Friday morning. 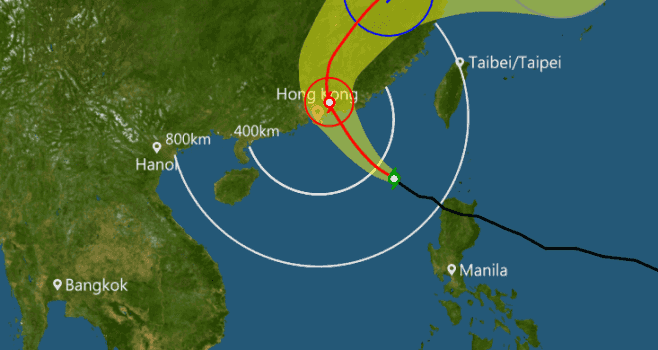 Kindergarten and special schools will be closed as long as signal No.3 continues to be in effect.

First Ferry will suspend the Inter-islands’ ferry services after the last departure from Cheung Chau at 10:50pm. Over 150 flights from Hong Kong International Airport have been cancelled. 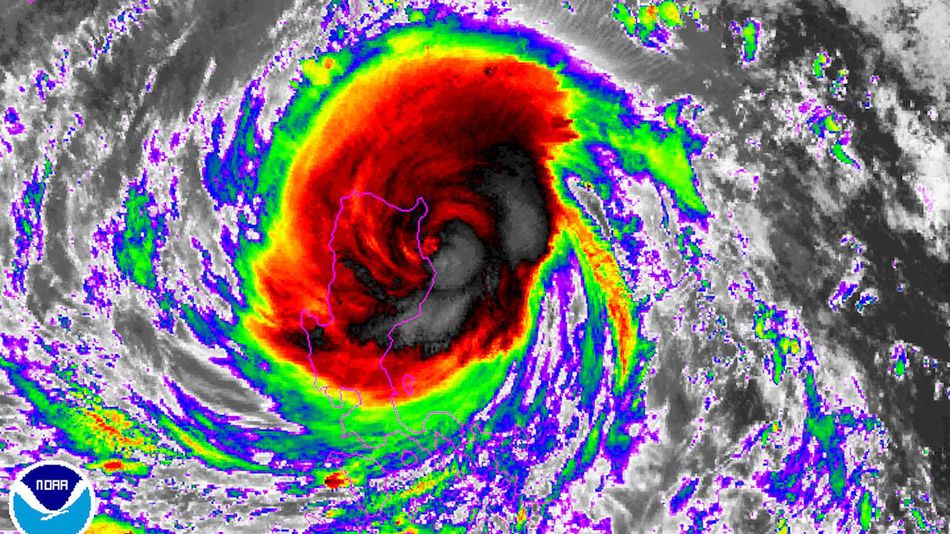 Haima as it struck the Philippines on Thursday.

Earlier, the Observatory warned the public not to believe rumours after messages detailing the supposed times that a T8, T9 and T10 signal would be hoisted went viral over Whatsapp.

According to the Observatory, winds will strengthen overnight and the typhoon is expected to make landfall around the western part of Guangdong on Friday. It will come closest to Hong Kong late afternoon on Friday.

Haima will bring frequent squalls and rough seas over the weekend. Flooding is expected in low-lying areas.

It will bring frequent squalls and rough seas over the weekend. Flight cancellations are expected on Friday. The Observatory warns the public to stay away from the shoreline and not to engage in watersports. Centres providing children day care services, elderly centres, and daytime rehabilitation services run by the Social Welfare Department will remain open.

This has been the second No.3 signal issued this week, the first was issued on Tuesday when Typhoon Sarika skirted the city.